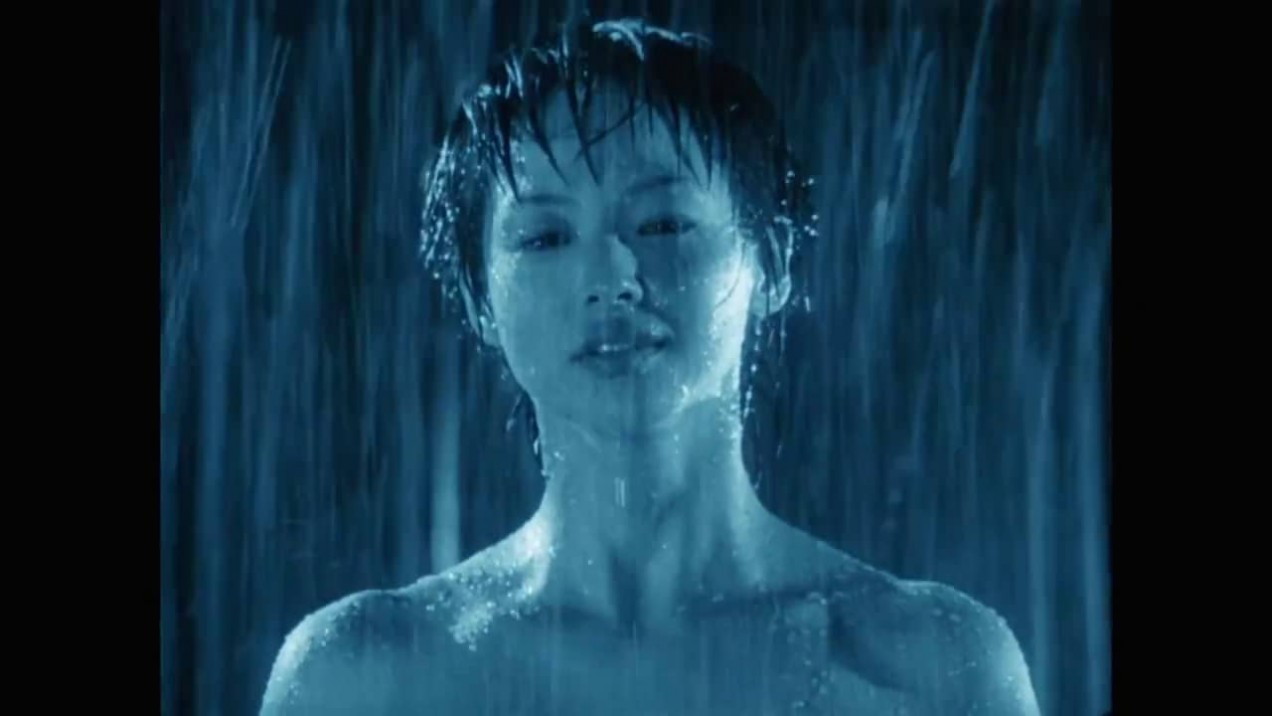 Mixing eroticism with a genuine empathy for it’s cast, one of Shinya Tsukamoto’s most complex and rewarding films…

Shinya Tsukamoto, director of the cyber-punk classic, Tetsuo: The Iron Man, is often compared to David Cronenberg. Both directors started their careers with low budget body horror and as their filmographies grew longer their films moved from portraying literal, physical transformation into psychological and metaphorical transformation. Post The Fly (1986) Cronenberg directed Dead Ringers (1988), a clear move away from physical body horror and a confident step into more psychological horror. For me, A Snake Of June is Tsukamoto’s Dead Ringers.

Don’t expect any suggestion of compromise from Japan’s most fiercely independent filmmaker though. Hell no. All of the intensity and nightmarish imagery associated with his earlier films prevail, as do recurring themes of repression, pain and transformation. A Snake Of June’s protagonists get shoved roughly through an emotional meat grinder too. At it’s heart A Snake Of June is a ‘threatening stranger’ movie, where, through the appearance of a threatening stranger, the main characters are forced to take a good long hard look at themselves, for better or worse.

Rinko (Asuka Kurosawa; Cold Fish, Memories Of Matsuko) works as a phone counsellor, a kind of paid Samaritan. She’s polite, well mannered and caring. She, listens, she gives people advice and sometimes she tells people what they need to do. She’s also a little sexually repressed. At home she fantasises about wearing a very short skirt and masturbates in the rain, while her relationship with her husband Shigehiko (Yuji Kotari) is strained, distant. When he’s not vigorously scrubbing the bathroom we see him sleeping alone on the sofa.

Then it’s Shigehiko’s turn. First he’s drugged, prompting the film’s most memorable and disconcerting dream; Shigehiko is chained in a room with many other salary men and forced to watch, through an S&M type cone strapped to his face, two girls sexually assaulted and then drowned. Eventually he’s humiliated for real (during which the boundary of real and dreamt is heavily blurred) after following Rinko out one night. On a quiet back lot he watches her strip in the rain; he masturbates while Iguchi takes photos from his small car.

John Hughes ‘rites of passage’ it ain’t. But A Snake Of June does have a happy ending (the film’s biggest shock!), the happy, now liberated, couple have sex. Together. And no one turns into a giant metal phallus.

No Tsukamoto review would be complete without mention of audio. The strange silences are there as is a Chu Ishikawa score. For A Snake Of June’s soundtrack Tsukamoto’s regular collaborator uses both his familiar industrial sounds alongside orchestral sounds to help reinforce A Snake Of June’s tense and brooding atmosphere. Asuke Kurosawa is great as Rinko (the ‘snake’ of the title); sexy, believable and engaging and Yuji Kotari, in one of only two acting credits, plays husband Shigehiko as fallible and sympathetic.

A Snake Of June is available from today on remastered UK Blu-ray from Third Window Films.