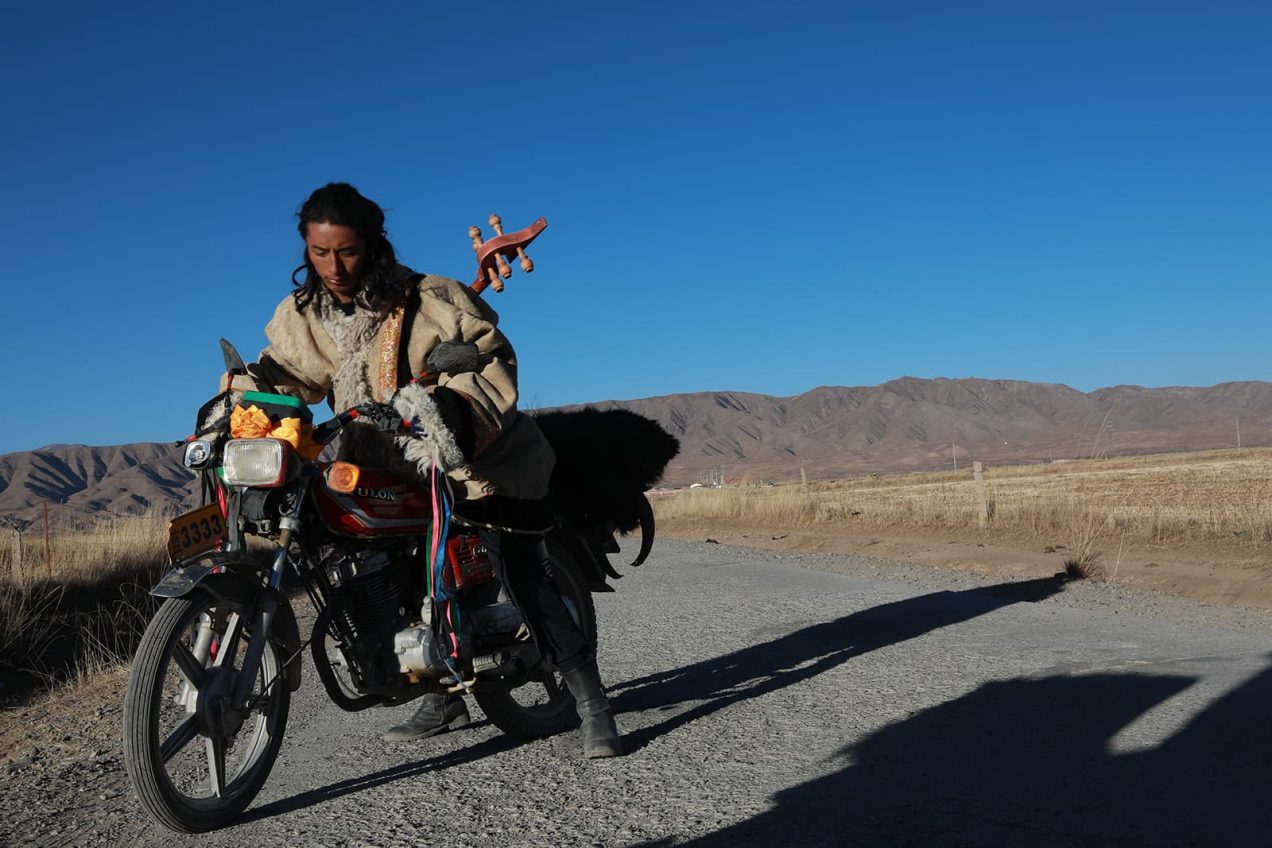 In one nice scene from A Song For You, a young Tibetan nomad sits on a ledge looking out over a Chinese city crowded with glowing apartment buildings. “How many people must live in all those buildings?” He asks with a sense of awe, as the film contrasts two sides of contemporary China.

Telling the story of a young musician’s pursuit of fame, Dukar Tsering’s engaging and atmospheric film follows the run of recent movies depicting the lives of Tibetan people in China (see also the fantastic Jinpa and Balloon). While not so deeply exploring China’s minority music as other recent films, A Song For You has interesting characters and provides an authentic portrayal of the lives of those in China’s poorer western regions.

These parts of China, and particularly the lives of the Tibetan nomads, are a world apart from the glitz and glamour of modern China’s metropolises that are seen in most movies these days. A Song For You to some extent uses the quest for musical fame to explore the tensions between Tibetan tradition and the modernization of the country, although this theme is not developed so deeply.

Ngawang is a young Tibetan nomad, living in a tent on the grasslands, playing his zhanian (a sort of lute) and dreaming of becoming a famous musician. The film’s opening scenes nicely sketch out his character, showing him riding into town on his motorbike, striding into an office with the black helmet still on above his traditional clothes, and declaring that he is going to enter, and win, the local singing competition.

His own confidence in his abilities proves not enough, however, and we see that Ngawang also has a sensitive side as he deals with the crushing realization that not everyone recognizes his talent. The mixture of confidence and shyness in the character is nicely captured by Damtin Tserang, with a skilled if somewhat erratic performance by the actor.

Ngawang learns that the only way to break into China’s music scene and secure the fame he seeks is to make an album. Thus begins a kind of quest, with him first trying to scrape together the money needed and then setting off to travel across the wilderness of China’s western regions to the provincial city of Xining, where he can get the album made.

On the way he must battle with motorbike riding gangsters and an unusual band of Tibetan bandits. In these scenes the film makes some slightly surprising shifts in style. It is once Ngawang makes it to the city, though, that the biggest challenges await him. With his traditional Tibetan clothing and shy nature, he seems entirely unsuited to the pace of urban life and to negotiating with studios to produce his music.

Fortunately he meets with a beautiful Tibetan singer named Yangchen, who he is convinced is actually the embodiment of the musical goddess that he has been praying to since he was a young boy. The two of them get together, and true to her supposed role she really does protect the sensitive Ngawang and help him get his album made.

While this plot and the characters are interesting enough, and the whole film is stylishly shot, it would have been nice if A Song For You had engaged a little more deeply with the Tibetan music that Ngawang is playing. We don’t really get a sense of what the music means to him or to other Tibetan people who share this common culture.

At the start, the film sets up an interesting argument about the merits of traditional Tibetan music (such as that played by Ngawang) and more modern variations which use mandolins instead of traditional instruments. But then the film seems to entirely drop this discussion. Other films, such as the excellent documentary Stammering Ballad, delve much more deeply into what is special about minority music in China.

Instead the film seems focused on simply, and stylishly, telling Ngawang’s story and doesn’t really develop any of the themes that it raises. But the combination of interesting characters and some beautiful shots help to keep the attention throughout. While A Song For You perhaps isn’t exciting enough to appeal to many more general viewers, it is one for those interested in seeing different sides of contemporary China.

A Song For You screens as part of New York Asian Film Festival 2021, which runs from August 6 to 22. For more details see their official website.