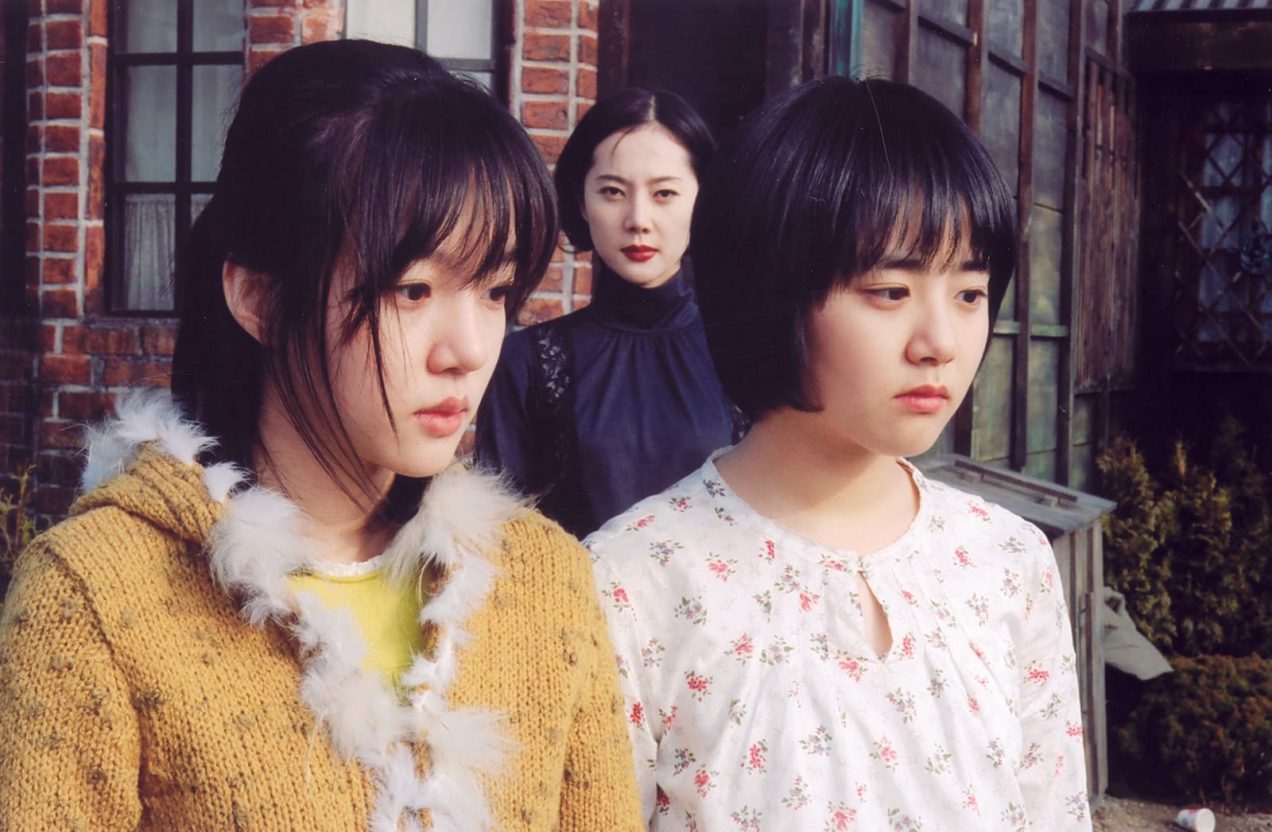 The early 2000s were an amazing time for fans of Asian cinema, and of Asian horror cinema in particular, with the global success of Ringu seeing an unprecedented number of eastern genre films being released in the west. While the law of diminishing returns didn’t take too long to kick in, with a glut of suspiciously similar long-haired ghosts haunting cinemas, a few real gems still emerged, one of the most acclaimed of which was Korean writer director Kim Jee-woon’s A Tale of Two Sisters. Originally released back in 2003, the film won a slew of awards at home and at festivals around the world, being generally acknowledged as one of the best of the period, and was very much one of the key releases that introduced many western genre fans to the joys of Asian horror.

Based loosely on the Joseon Dynasty folktale Janghwa Hongryeon Jeon, the film opens with young sisters Su-mi (Im Soo-jung, I’m a Cyborg, But That’s OK) and Su-yeon (Moon Geun-young, My Little Bride) returning to their remote family home after an extended stay in hospital following the death of their mother. With their father (Kim Kap-soo, Steel Rain) keeping them at a distance, their care is left to their new stepmother Eun-joo (Yum Jung-ah, The Mimic), who quickly makes it clear that she’s not exactly glad to have them back. On medication herself, Eun-joo’s behaviour towards the girls becomes increasingly hostile, her aggression focused on the more vulnerable Su-yeon, and Su-mi’s attempts to protect her only escalate the tension. Strange things start to happen in the house, Su-mi being haunted by grisly visions, and it becomes clear that the closets of the house are harbouring many a skeleton.

Watching A Tale of Two Sisters nearly twenty years later, it’s impossible not to be impressed by the amount of cinematic craftsmanship which went into the film, and it remains one of Kim Jee-woon’s most handsome, something which really comes out in the Arrow 1080p Blu-ray, especially for anyone whose first experience of the film was seeing it on its original DVD release. The production design is immaculate throughout, with the house rivalling that of Parasite for the intricate role it plays in the film, Kim’s camera making great use of the space as it lurks and roams around like a ghost at the feast. The film’s use of colour is frequently breath-taking, without ever being too showy, and along with the use of light and shadow this makes for a wonderfully sinister, oppressive atmosphere which keeps the viewer off-balance throughout, while at the same time working in moments of childlike wonder and quiet beauty.

The fairy-tale like visuals perfectly complement the script, and Kim’s storytelling has the feel of a grim fable, dealing with themes of identity, trauma and guilt in a poetic manner. Although the third act twists are a little overcooked, the film does build to a darkly satisfying conclusion, and one which is all the more moving thanks to a fantastic performance from Im Soo-jung. What’s arguably most interesting about the ending is how it differs from most ghost films of the period, with Kim being more concerned with human tragedy than curses and the supernatural, something which was seen in a number of later Korean horrors. This aspect of the film has really aged well, perhaps more so than its actual scares – although it’s not the fault of the film, the years have rendered its Ju-on style scenes of ghosts lurking in unlikely locations and crawling from closets rather familiar.

As well as the HD upgrade, the Arrow release comes with a whole host of extras, including a number of commentaries, archival footage, visual essays, interviews and featurettes, including several with Kim himself discussing the film and its intricacies and others which go beyond the film and explore Korean folklore – most intriguing are the deleted scenes, which feature commentary from Kim, and which add another possible element to certain aspects of the film.

It’s as comprehensive a package as could be hoped for, making the release a must-buy for fans of A Tale of Two Sisters and of Korean horror in general. Even on its own the film is well-worth revisiting or checking out for the first time, and is not only one of the best of the period, but of modern Asian horror in general.

A Tale of Two Sisters is available now on Blu-ray from Arrow Video. Join us every Thursday for the latest in James’ #cineXtremes series.