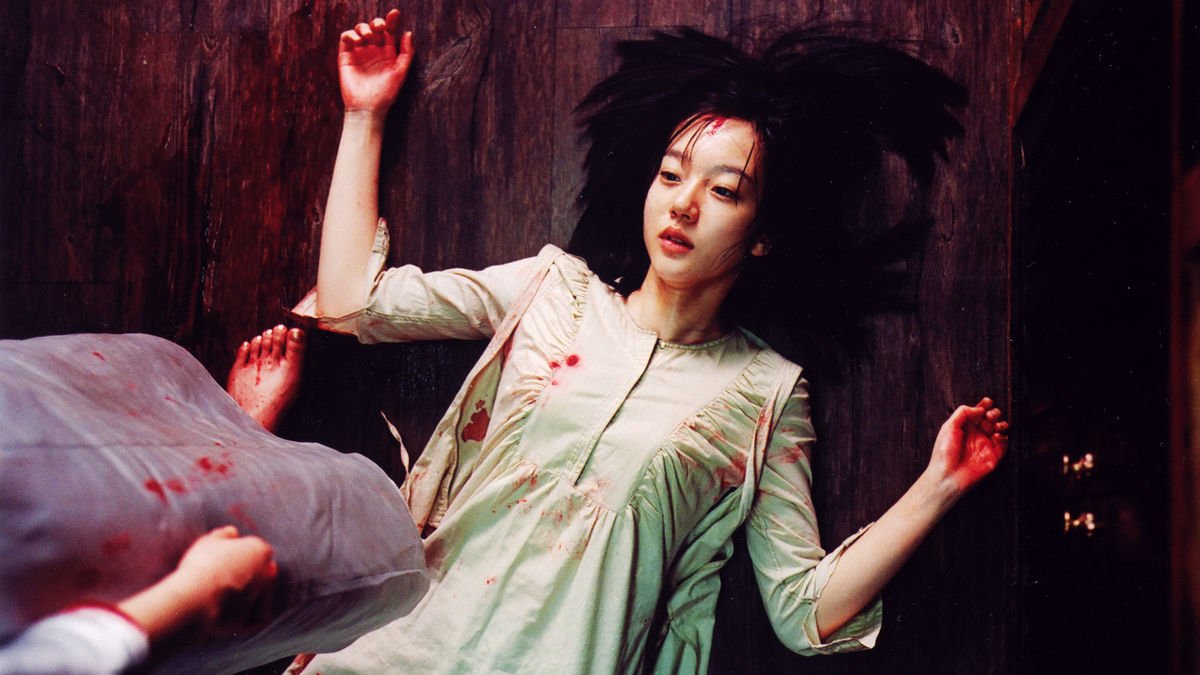 Kim Jee-woon (The Foul King, The Quiet Family) directs this intelligent Asian shocker with more than a few surprises…

Su-mi begins to suspect her stepmother of abusing her younger sister Su-yeon, but all is not as it seems. And the house itself hides a terrible family secret that will remain hidden no longer…

Since his debut film The Quiet Family, a black comedy in the tradition of Hitchcock’s The Trouble with Harry, Kim Jee-woon has revealed rather a dark, almost sinister aspect to his work as a director. It’s apparent even in the riotous fun of his wrestling comedy, The Foul King. he previously had the opportunity to delve into the horror genre with his segment of Three, Memories. A Tale of Two Sisters has allowed Kim to explore it further.

The result is a more intelligent psychological drama than many other Asian horrors around at the moment, building more on an increasingly unsettling atmosphere rather than relying just on shocks. As with Memories, it’s only in the final revelations that the story becomes clear, subverting everything you’ve seen before them. This time, though, around the outcome is far less obvious. Like The Sixth Sense, the device opens itself up to repeated viewing, rather than prevents it, as you reinterpret the film when you watch it again.

As with Aledjandro Amenabar’s The Others, it’s the house itself that becomes the most domineering character of the piece. Seemilngly wrenched out of the Victorian age, it’s mix of fantastically mismatched loud, gaudy wallpaper, textiles and furniture. Like William Morris on acid. This menagerie of colour should clash, yet under the art direction of Jo Geun-hyeon it all works perfectly. Such extraordinary set design hasn’t been seen since Dario Argento’s Suspiria and Inferno. Like those films, Kim uses the extremes of colour and patterns to help set the mood.

Based on a famous Korean folk tale, ‘Janghwa Heungryeonjeon,’ Kim’s contemporary interpretation seems more concerned with how the family unit deals with mental illness – how they repress their problems rather than face them and worry how they might be perceived from the outside ­ than horror. Or is that the real horror? In fact it’s his depiction of a fractured family unit hidden under a picture of domestic bliss that is the one theme that unites his work. The family united by a terrible secret in the Quiet Family. The strained father-son relationship in The Foul King, where dad is rather embarrassed by his boy. The seemingly perfect marriage that turns out not to be in Memories. Perhaps he has a point?

It’s a well executed horror that will obviously bring to mind Asian horrors like Ringu and Audition, but this is a really strong contender in it’s own right. Especially if you happen to be an interior designer!

A Tale of Two Sisters is available now on Blu-ray from Arrow Video. Join us every Thursday for the latest in James’ #cineXtremes series.

Perfect transfer for picture and sound quality, but there are no frills at all on this release. Whereas the Korean and UK two disc releases are packed with extras, particularly the Tartan disc which has English subtitles for all of them.

6 thoughts on “A Tale of Two Sisters”