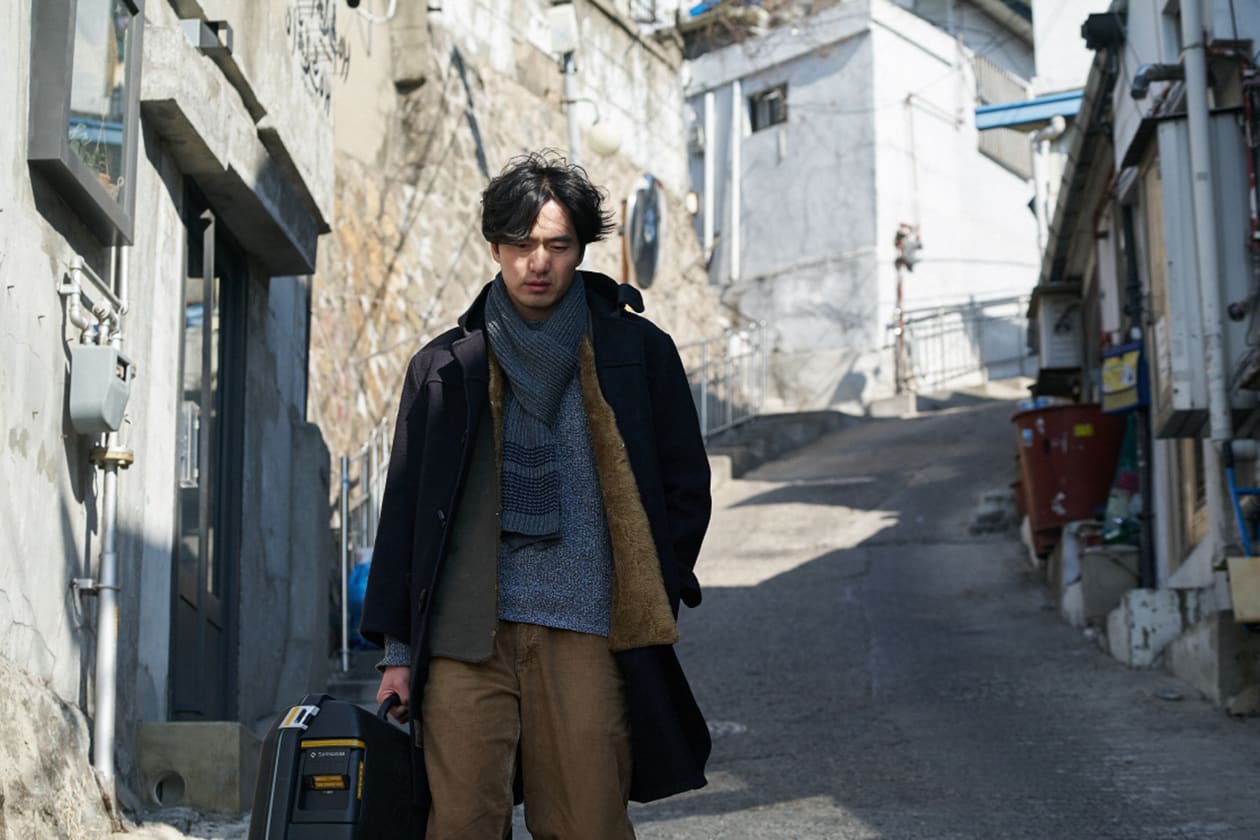 Winter came and the cold followed, wrapping those wandering the streets in its freezing temperature, especially a tiger which has just fled from the zoo and Kyung-yoo (Lee Jin-wook, Time Renegades, The Beauty Inside) dumped by his girlfriend and left without a roof on his head. Nothing better than having no refuge when right that night you heard a tiger roaring outside.

Obviously, A Tiger in Winter is no urban survival horror, thirty-something Kyung-yoo won’t have to fight for his life against a feral fugitive tiger, it wouldn’t be in director Lee Kwang-kuk’s style (even if it would be an interesting choice on his behalf), nonetheless he will have to confront something: his directionless life as wannabe novelist.

No job, no house, apparently no friends too since Boo-Jung (Seo Hyun-woo, minor roles in The Bacchus Lady, A Taxi Driver) reacts more like an annoyed acquaintance than a shoulder to cry on when Kyung-woo knocks at his door looking for a temporary shelter. In a bunch of hours, Kyung-woo’s existence is revealed to be an empty sheet exactly like his curriculum.

Depressed Kyung-yoo’s desire was to become a writer, yet the written world in A Tiger in Winter is slowly fading away. A possible employer has read only one book in his life, a bookshop has just laid-off a lot of its non-permanent personnel, in short, Kyung-yoo had no hope even if he had worked harder to achieve his dream job and see his work published.

Life for Yoo-jung (Ko Hyun-jung, Miss Conspirator, The Day He Arrives) turned up differently. Her debut novel won the Spring Award prize for the best newcomer, but after that, she hasn’t able to write a single word as Lee Kwang-kuk demonstrates by showing her desperate hand erasing any attempt to start a new book. She happens to be Kyung-yoo’s ex-girlfriend too and the two meet again, beginning a new relationship.

A Tiger in Winter is far from being a memorable film and thematically is clearly a step backwards, leading to his origins as Hong Sang-soo’s assistant. Those elements that brought him forward with his second film A Matter of Interpretation, its dreamy subplots and catchy movements, seems gone. What’s left could be a polished Hong’s film but without his style and cleverness.

Kyung-yoo and Yoo-jung have depth, but not the language in which they’re framed. The feeling is that of a director who didn’t participate much in his story. A cold perspective that clears the path to a scientific approach to empathy, that pushes us to vivisect these men and women barely moving on the screen. Some might see it as an advantage, others could be let down by the director’s choice, sure it doesn’t mean A Tiger in Winter is a failure.

Lee Kwang-kuk’s latest is a curious character study reflecting on a cultural void affecting South Korea. Plagiarism; lives lacking the joy of writing and reading; the situation isn’t pretty and both the protagonists mirror this absence. For a time they represent an instant deprived of a voice, surviving in the cold with a subconscious fear of facing a tiger in the outskirts of the city.

A Tiger in Winter is thematically interesting, it has a lot to say about how culture is consumed and is produced. If we focus on its meaning instead of its choice of language, we might discover that its 100 minutes can be a pleasing chat about and around literature with a much-appreciated decision to not show off the scrip-writer knowledge in the field. It is what makes it watchable, it is what makes Lee Kwang-kuk’s A Tiger in Winter a film to talk about. Sure it won’t be remembered as a great movie, but it cements the fact that he is a director to follow.