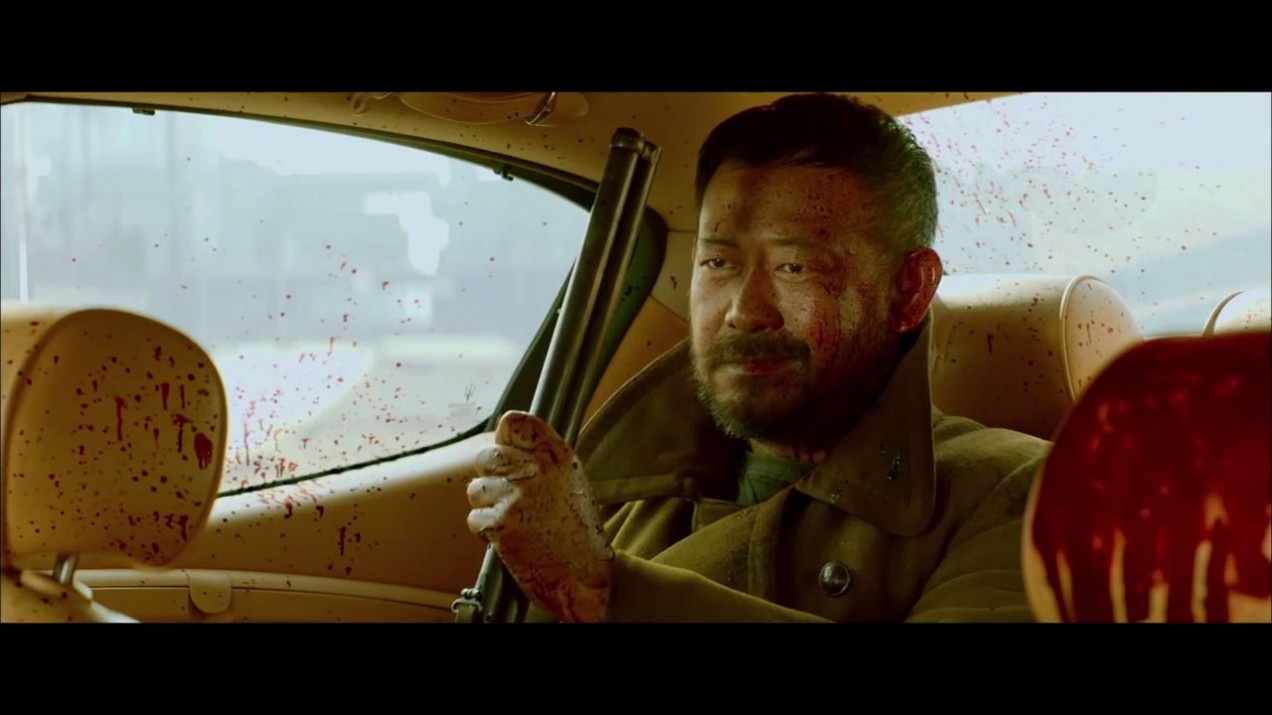 It’s easy to see why Jia Zhangke’s A Touch Of Sin ruffled so many feathers back home in China. In a film industry dominated by compliance with the State Administration of Press, Publication, Radio, Film and Television of the People’s Republic of China (SAPPRFT, formally SARFT), even the most tangential and faint references can embroil films in censorship issues. Films like Lu Chuan’s historical epic The Last Supper, in which the censorship committee found too many parallels between it and recent events in the communist party, caused its release to be postponed for months.

But there’s little subtlety in Jia’s film. An indictment of modern China, the four intertwining narratives that make up A Touch Of Sin – all loosely (and some not so loosely) taken from recent real news stories – not only bring grisly violence to the screen, but a picture of local government and officials tainted by corruption and greed. It’s easily a world away from contemporary China as we increasingly see it depicted on film; a glossy, spotlessly clean, modern world where main concerns often concentrate on whether the boy will get the girl in the final reel.

Many were surprised that Jia appeared to have the blessing of government regulators to screen the film at Cannes, where he won the best screenplay award, yet the film remains unreleased in China. Significantly, a leaked directive from the Central Propaganda Department instructed media not to conduct interviews, report or comment on the film. Perhaps more problematically for A Touch Of Sin, it’s just that sort of corruption that the government have been trying to quash for the last year or so.

But seeing A Touch Of Sin in those terms, or even in terms of just a comment on China, seem simplistic. Jia, rather like the final scene in the film, turns his camera on the audience. No one here is without sin; we are all complicit in our actions, in our want, or greed, for more. No one is innocent; reflected in our four lead protagonists. From the disgruntled miner Dahai (Jiang Wu, To Live, 1911, Wu Xia, Let the Bullets Fly), angered by the selling of local mines to the seeming benefit of a few officials, to the migrant worker Zhao San (Wang Baoqiang, Blind Shaft, A World Without Thieves, Fairy Tale Killer, Unbeatable) who makes more of a (dishonest) living out of brandishing firearms; from Xiao Yu (Zhao Tao, Platform, Unknown Pleasures, The World, Still Life) who works as a receptionist in a brothel faintly disguised as a sauna and dates a married man, to young factory worker and naïve romantic Xiao Hui (Luo Lanshan), who moves from one crushingly disillusioning job to another.

As Dahai’s friend points out to him, at least his former classmate who he accuses of corruption worked his way through the ranks, while he has done little. But when said executive turns up in a private jet he’s bought himself through ill-gotten gains, it all proves too much for Dahai who takes it upon himself to punish those labelled as guilty, shotgun in hand. Despite their apparent sin, even the most amoral character, Zhao San, is cast with great sympathy. Estranged from his family, he leaves his wife and child behind, refusing charity from his mother while seeing his lawless profession as strangely more noble. We get under the skin of each character, understand them a little, and their reasons for acting as they do.

Jia plays with genres. The violence is quick, unpredictable, unheralded and far from sensationalised. Perhaps that shouldn’t be unexpected though, as one of the films main producers is Office Kitano, founded by ‘Beat’ Takeshi himself. Zhao Tao’s hairstyle echoes that of classic 60s era wuxia, just as the films English title recalls that of King Hu’s A Touch Of Zen, one of the most celebrated wuxia films of all time. When pushed to her limits, the speed at which she dispatches her antagonist rivals that of a swordswoman in a scene from such a film, her blood splattered face set against the neon lights of China’s seediest corners. Yet if these characters echo those heroes of Chinese literature and martial art stories, there is nothing honourable in their surroundings or actions.

Throughout Jia keeps his poetic, stylised vision of China. From the southern metropolis of Guangzhou to remote townships within his home province of Shanxi, where we are presented with an almost post-apocalyptic, Wild West vision of modern China. Right from the opening cene, where we see an upturned delivery truck carrying tomatoes, vibrant colours bleed through Yu Lik-wai’s (The World, Still Life, Platform, A Simple Life) cinematography as Jia juxtaposes the mundane with the out of the ordinary; creating one near iconic, easily memorable scene after another. Though A Touch Of Sin may add graphic violence to Jia’s work, it hardly leaves behind his eye for everyday surrealism, and even symbolism. Fittingly, as the first chapter ends, the camera sweeps past nuns as a driverless horse and cart rides off into the distance, in the wrong direction on a road.

Jia wears his politics on his sleeve. In this vision of modern China, there’s little chance for his participants to get ahead without turning to crime, prostitution or various other vices. The film also includes several references to the 2011 Wenzhou high-speed train accident, which killed 40, was covered up by authorities and generated a major scandal that was belatedly censored from Chinese social media and the press. Back in May 2013, Jia, then very optimistic that A Touch Of Sin would be released in his homeland, told the Hollywood Reporter that he wanted to bring about changes in China. ‘And not just freedom of speech or freedom of expression. I want to use that free spirit and put it into my films, to let everyone see that with that belief in the free spirit, we can tell stories that help propel society forward, which is ultimately far more important.’

Let’s hope that will still happen at some point soon. Powerful and poignant, A Touch Of Sin should be enjoyed on the big screen.

A Touch Of Sin is released on the upcoming Three Films by Jia Zhangke Blu-ray boxset from Arrow Academy on 29 January 2018, including 24 City and Mountains May Depart, and Walter Salles’ documentary Jia Zhangke: A Guy from Fengyang.

Arrow present the film in a gorgeous transfer, bringing the stylish visuals to life and depth on the soundtrack. There are no extras, however, save for the nearly standard inclusion on Arrow releases of Kore-eda trailers, I Wish and Like Father, Like Son.

That seems a bit of a shame, considering that director Jia Zhangke visited the UK earlier in the year to participate in events promoting the UK theatrical release. Surely it would have been possible to coordinate an interview for inclusion?