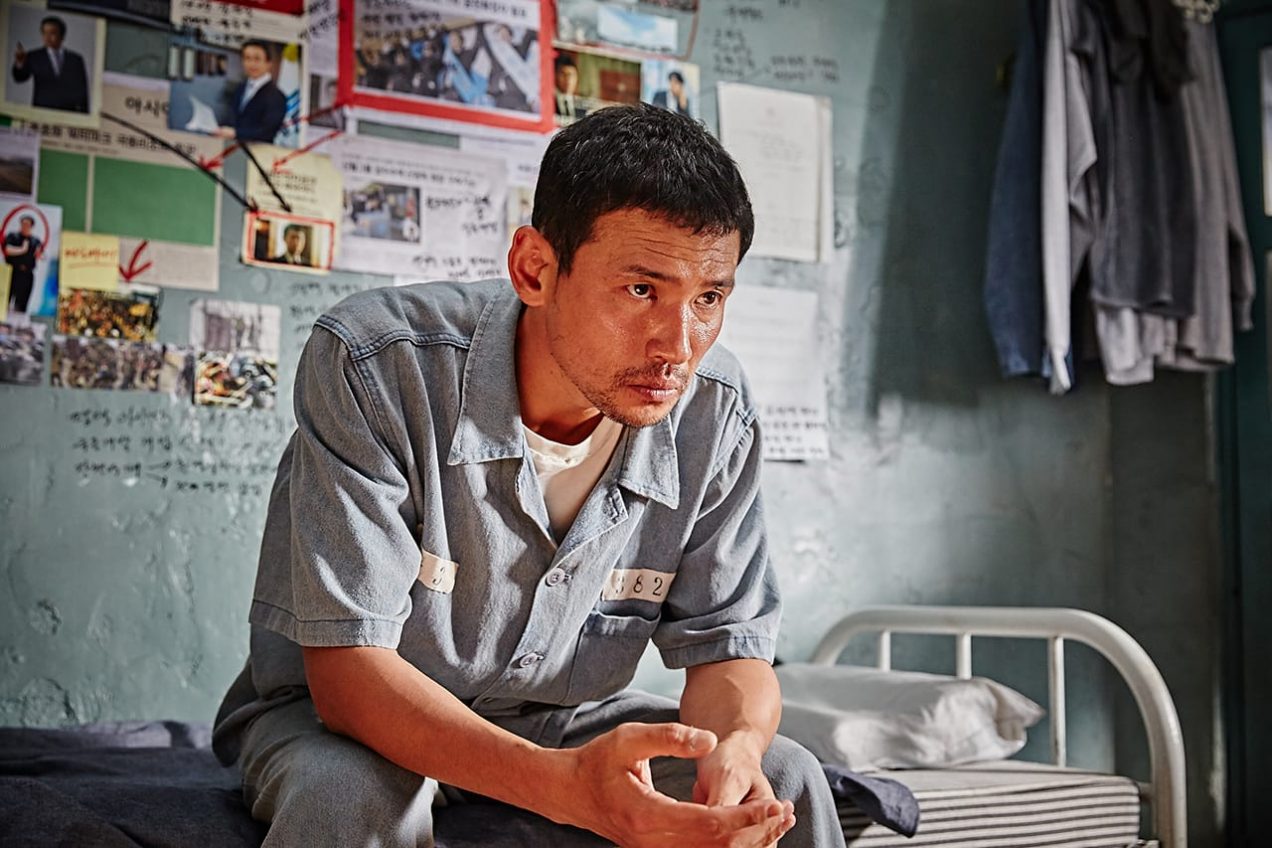 Byung Jae-wook is a prosecutor notorious for his interrogation methods, who justifies the title of the film to the fullest. During a riot between ecologists and the police, concerning a site where a company is to build a factory that will inhibit migratory birds, one of the ecologists traumatises a police officer and is arrested. Byung believes that he is actually an agent provocateur and proceeds on using his usual methods to exact his confession. However, the next day, the prisoner is found dead and Byung is accused of his murder, and subsequently, ends up in prison. While there, he falls victim to many of the criminals he has previously convicted, who beat him every chance they get, and if that was not enough, a supposed friend of his, prosecutor Min-woo tricks him into pleading guilty, in a trial that ends up with him sentenced to 15 years. Gradually though, he manages to get accustomed to prison life and by putting his legal knowledge to use for the warden, the guards and the prisoners, becomes the prison’s “boss”. Five years later, Chi-won, a con man that seems to have also participated in the riot ends up in Byung’s prison.

Lee Il-hyeon, in his debut as director, creates a film whose obvious purpose is to sell by combining favourite South Korean themes and Hollywood aesthetics. As the film currently holds the 14th place in the table with most admissions in the country, with almost 10 million, he evidently succeeded.

Regarding the first aspect, A Violent Prosecutor deals with the subject of the corruption of the judicial system and the ties between Capital and politicians. The theme is a recent favourite in South Korean cinema, with films like Cart, Unbowed, The Whistle Blower, The Attorney, and many more also focusing on it. However, Lee does not implement an equally serious examination of the theme as the aforementioned titles, but instead focuses on entertaining rather than providing food for thought. This notion becomes rather evident in the trial sequence, which has no resemblance to realism, whatsoever. The second aspect becomes evident in the prison sequence, with the theme of a wrongfully accused man, who becomes friends with the warden, the guards, and other inmates through his education and legal knowledge, having already been used a plethora of times in Hollywood films. (The Shawshank Redemption is the first that comes to mind). The same applies to the use of humour throughout the film, which also proves the title’s entertainment purposes.

The Hollywood aesthetics are also vividly visible on the technical aspect of the movie, with the cinematography and editing frequently incorporating the music-video style of American mainstream films, with the elaborate mix of image with music, with the latter, though, substituting for actual depth and artistry in the various scenes. This notion becomes most evident in the sequence where Byung is training Gang, which is presented in fast forward, with vivacious funky music.

The casting was also aimed at the film’s commercial success, with the two main protagonists being largely popular, although for different reasons. Hwang Jung-min is rapidly becoming the next Song Kang-ho (or Choi Min-shik if you prefer) with protagonist roles in films like New World, Ode to My Father, Veteran, The Wailing, and others, due to his prowess in acting. In this particular film, he plays a character that justifies the title from the start, being quite violent as a prosecutor. However, his role is not much demanding, and in that fashion, he does have the chance to show his multilayered talent. Gang Dong-won (The Priests, The Secret Reunion) on the other hand, is a former model, who owes most of his popularity to his looks rather than his acting talent. Lee Il-hyeon takes advantage of the fact, drawing Chi-won as a cocky ladies-man, whose beauty and charm is irresistible, and Kang delivered to the fullest, in a role that was tailored to suit him. Furthermore, the scene that he is dancing with some older women is the funniest in the film and the fact that he sprouts American phrases (like “Hey, what’s up, bro”) every chance he gets, is also a good reason for laughter. One of the film’s best performances comes from Park Sung-woong (Office, The Shameless), who elaborately portrays a character that lingers between corruption for his own merit and doing the right thing, as prosecutor Min-woo.

A Violent Prosecutor is a very entertaining film despite its lack of depth, which will definitely satisfy fans of Hollywood mainstream.

A Violent Prosecutor screens as part of the New York Asian Film Festival 2016 (NYAFF). Read all our reviews and coverage of #NYAFF2016.