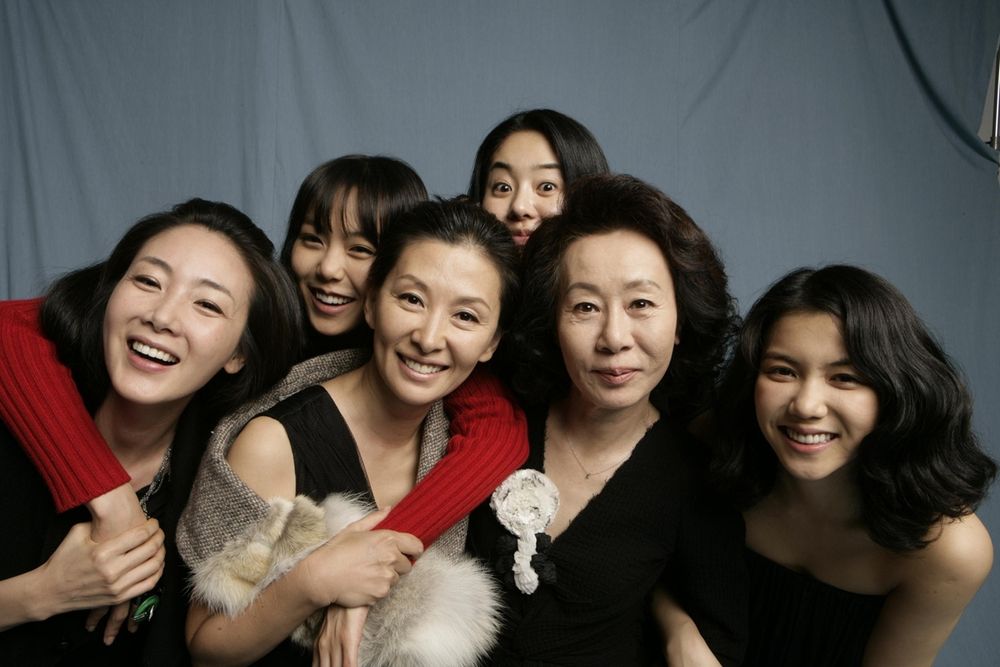 Six of Korea’s most famous and beautiful actresses, spanning several generations, are brought together on Christmas Eve for a photoshoot for Vogue. From Yoon Yeo-jeong (The Housemaid, The President’s Last Bang, HaHaHa, Hindsight) to Lee Mi-sook (An Affair, Untold Scandal, Sunny) and Ko Hyeon-jeong (Like You Know It All, The Day He Arrives, Miss Conspirator), from Choi Ji-woo (Nowhere To Hide, First Kiss, The Romantic President) to Kim Min-hee (Hellcats, Moby Dick, Helpless) and Kim Ok-bin (Thirst, The Front Line, Dasepo Naughty Girls).

Only not everyone gets along, and the gems ordered for the shoot are stuck in a snowstorm in Japan. Every minute is captured on camera, reality TV style: the bristling egos; the insecurities; the jealousy; the disasters; the bonding. Everything! Except it’s all fake… and hilarious!

Director E J-yong toys with the Reality TV format to bring us a not-so-real fly-on-the-wall documentary where the actresses plays themselves, or rather amplified, warped versions of themselves. They worked together on the script, with much of the dialogue improvised on set – a device that seems so refreshing in a mainstream Korean film, the performances bouncing with such energy.

For Western audiences there may be a lot of references and in-jokes we just won’t get (even for me!) outside of the everyday headlines and gossip columns – for instance, much is made of Kim Ok-bin’s then recent appearance in Thirst, she even gets a call from co-star Song Kang-ho! – but I don’t think that really impacts enjoyment of the film. They play with both on and of screen personas: Yeo-jeong, the matriarchal figure; Lee Mi-sook, the seasoned professional; Ok-bin, the new outsider, eager to please, and so on. And no one wants to turn up to the shoot first, of course!

The film relies on the performances of the leads, and here we find six spot-on, brilliantly comedic performances. Though if any special mention should be made, it would be for Ko Hyeon-jeong, reluctant in the first place and increasingly drunk and belligerent, throwing insults at (mainly) Choi Ji-woo.

This definitely pulls on their own autobiographical experiences, with which they take a knowing, witty take on how they are perceived. In one sequence they discuss how self-conscious they can be when they go to a restaurant. Just how they react under such scrutiny is just one of many laugh-out-loud moments during the film!

One of the major points of the film is just how much women performers come under the microscope in general, and how judgemental the press is towards them – sadly, true the world over. Men are always allowed to be much more ‘roguish’. Much of Yoon Yeo-jeong and Lee Mi-sook’s expressed thoughts on how their divorces were covered are no doubt true, as are their perceptions that they were in the wrong. But in a wider sense this is much more than just a portrayal of how actresses would interact; it’s also about how female groups relate in general, how they impose the same judgements that are made on them: too fat, too thin, young and beautiful, old and wrinkly, and so on.

This works on so many levels without once forgetting that it is, primarily, a piece of entertainment: it doesn’t ask sympathy for the actresses so much as for you to play along!

Quite frankly, it’s jaw-droppingly excellent – bit ashamed it’s taken me this long to see it! I’ve said it before (oh, you know I have!) but this really deserves a wider release…

Actresses was screened at Apollo Cinema, Piccadilly Circus, as part of the Korean Cultural Centre UK’s Year Of The 12 Directors on Thursday, 23 February 2012, followed by a Q&A with the director.