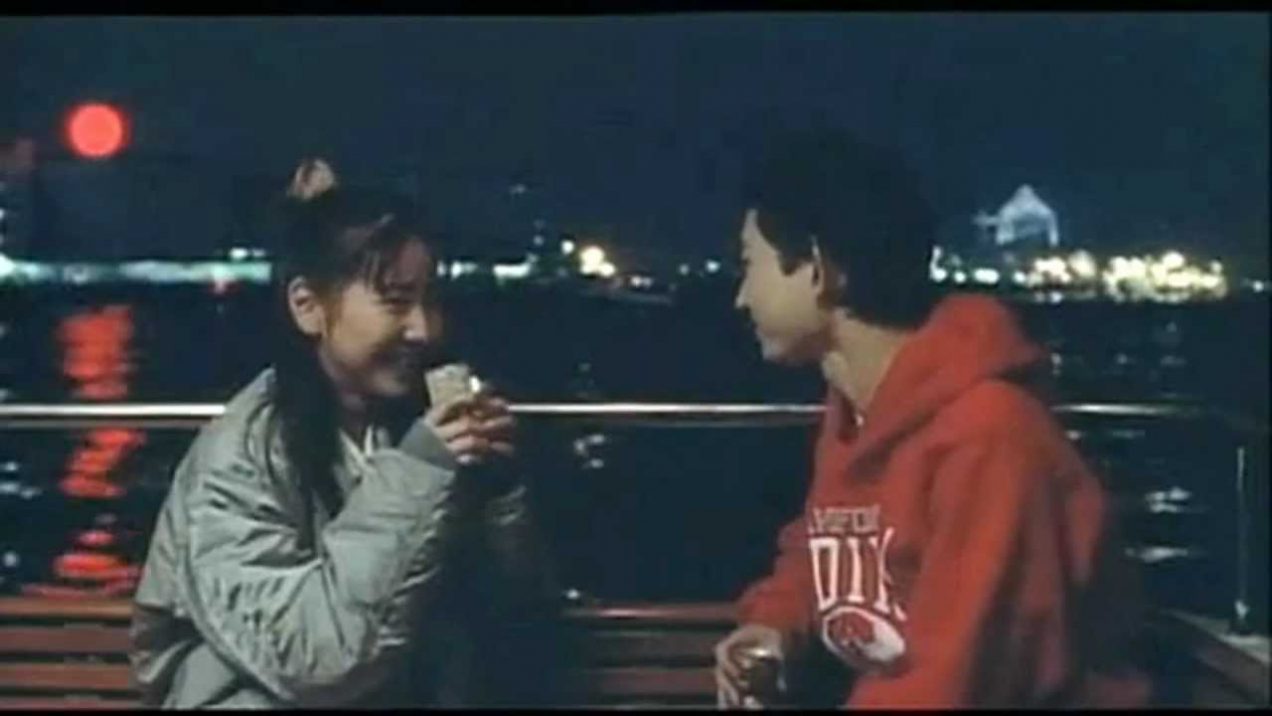 For Asian genre fans of a certain age, Japan was very much the go-to country for extreme horror, with the Guinea Pig franchise and films like Naked Blood, Red Room and others being key targets for tracking down. Writer director Katsuya Matsumura’s All Night Long series was another on the list, well-known for its sadism and nastiness, its reputation boosted by the fact that it was particularly tough to find in any watchable version at the time. Shot on video, the series initially consisted of a trilogy of films released in 1992, 1995 and 1996 (collected in 2002 by Tokyo Shock in an omnibus DVD), with another three entries later being added by Katsuya in 2002, 2003 and 2009, all characterised not only by vicious violence, but a marked sense of nihilism, coming with the tagline ‘Human Beings are Garbage’.

The first instalment kicks off with three teenagers witnessing the brutal random murder of a high school girl by a crazed salaryman at a railway crossing. Despite coming from different backgrounds, the three boys are all outcasts to a degree, and a bond forms between them and they quickly become friends. All inexperienced with the opposite sex, they decide to throw a party and to try and find girls to invite, something which doesn’t work out well for two of them, whose targets turn out to be far too much for them to handle. The third lad seems to have found a romantic connection, though he and his new girlfriend are attacked by a local gang of thugs, who crash the party, beat him badly and rape and torture her. This pushes the boys over the edge, and they decide to take violent revenge.

Given the series’ reputation for depravity, it’s fair to say that All Night Long will likely prove disappointing for splatter fans seeking wild carnage, as while there are a couple of unpleasant scenes, these are restricted to the opening and closing acts. Not a great deal of anything actually happens for the rest of the film, and it’s a far cry from the over the top revenge tale suggested by the premise. Being shot on video and on a shoestring budget means that the gore effects are limited when they do come, and aside from its instance of sexual abuse, there’s little here that lives up to the film’s billing – it should be noted that the same can’t be said of the later films in the series, which are considerably viler and more graphic.

Where All Night Long does hit home is through Katsuya Matsumura’s unfailingly bleak world view, and what it lacks in horror or violence it more than makes up for in mumbling nihilism, for viewers who enjoy this sort of thing. Playing out against a backdrop of dull, concrete environments and faceless urban scenery, the film doesn’t so much suggest a dog eat dog society as one of extreme disassociation and apathy. All its characters have some level of evil intent or selfishness, and even its three protagonists and their vigilantism is driven by some kind of internal conflict and rage rather than a desire for justice. There’s no glamorisation of their actions, and the film never builds towards any kind of release or catharises, its main point seemingly to be to depict an inevitable and irreversible loss of innocence, with the ending clearly pointing to the continuation of cycle of horrible behaviour.

Since this nihilism mainly plays out through slow and repetitive scenes of dialogue and of wandering around, this unfortunately doesn’t make All Night Long either insightful or entertaining – it’s perhaps not a bad idea for extreme film fans to start with its sequels instead, and it’s one mainly for completists who simply have to see the entire series.