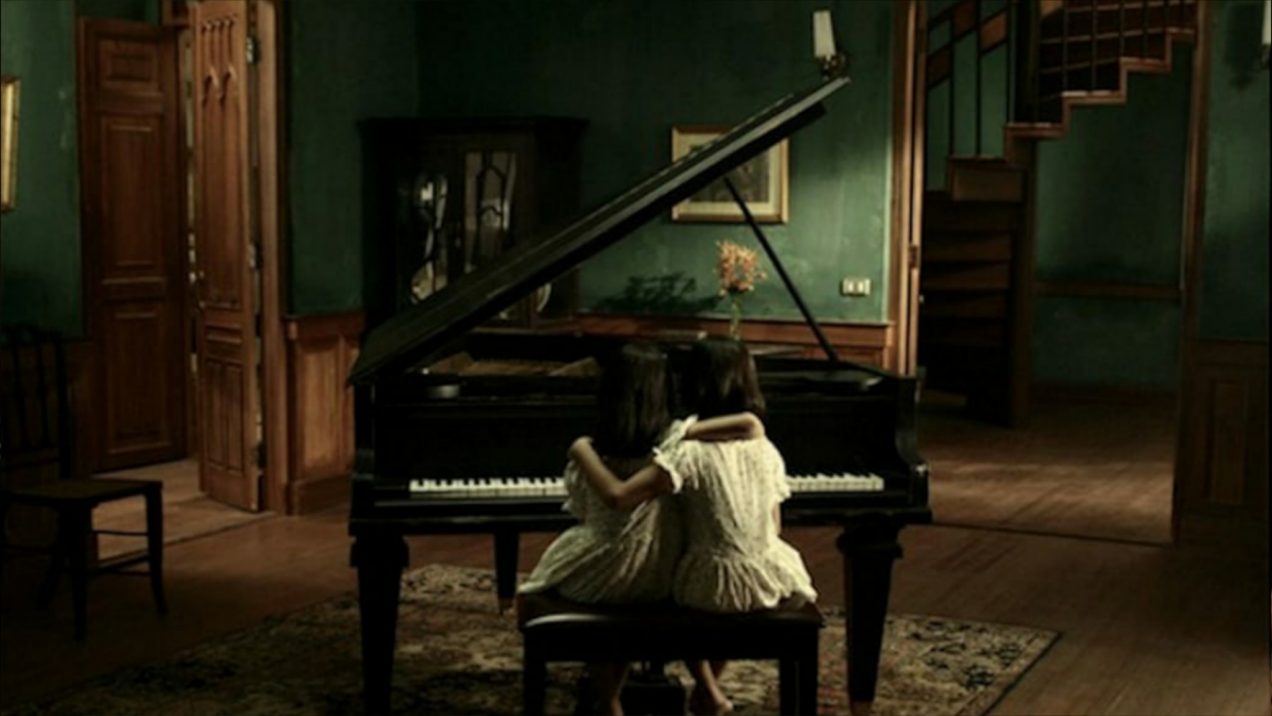 Although by 2007 the Asian ghost genre was getting pretty stale, there was nevertheless a fair amount of excitement about the release of Alone, primarily as it marked the return of Thai directors Banjong Pisanthanakun and Parkpoom Wongpoom, whose 2004 debut outing Shutter went down well with audiences around the world. The film certainly did well on the international horror festival circuit, winning four prizes at the 2007 Screamfest including Best Director and Best Picture, and also performed well at the domestic box office, partly down to the presence of popular Thai-German actress and singer Marsha Wattanapanich in the dual lead role, returning to the screen after a lengthy fifteen-year absence.

The film has a very simple narrative setup: Wattanapanich plays Pim, a young woman who until the age of fifteen was joined at the stomach to her twin sister Ploy. The two were separated after adolescent angst took over, against Ploy’s wishes, sadly resulting in her death. Now a grown woman, Pim lives in Korea with boyfriend Wee (Vittaya Wasukraipaisan), though is forced to return home after her mother has a stroke. No prizes for guessing what happens next, as she is haunted by weird visions of Ploy, who seems to have risen from the grave to fulfil a childhood promise that the two would be together….forever.

This really doesn’t amount to much of a plot, and indeed Alone is basically a rollercoaster ride of weird events and appearances by the increasingly threatening ghost. Indeed, since the identity of the spirit is made clear from the start, the kind of investigative element usually present in genre films is absent save for a sucker punch final act twist, though this for once is surprising and effective. Of course, for a horror film, a complex and involved plot is by no means a prerequisite for success, a fact of which Pisanthanakun and Wongpoom seem to be all too aware, as they focus all of their efforts into filling the film with shock after shock and plenty of creepy atmospherics.

Alone saw the two coming on in leaps and bounds as directors since the occasionally clumsy Shutter, showing an improved sense of timing when it comes to keeping the viewer on edge, throwing in a near-constant barrage of sudden and surreal scares. Whilst to be fair some of these are suspiciously familiar, there are numerous moments of genuine invention, and with most of the frights being expertly handled the film makes for a pretty nerve-wracking experience which is likely to squeeze a few jumps out of even the most experienced horror fan. The ghost herself is certainly one of the more effective apparitions of the period, a gruesome and enthusiastic spectre who really puts a lot of work into her terror campaign.

Even in its quieter moments the film has the power to chill, and the directors never miss a chance to sneak in unsettling details, many of which will require a second viewing to pick up on. The set design helps generate an oppressively sinister atmosphere, with Pim’s childhood house clearly being just down the road from the mansion in A Tale of Two Sisters (a film which Alone certainly resembles, perhaps inevitably given the subject matter, though from which it thankfully does not borrow much) and with Pisanthanakun and Wongpoom wisely making sure that most of the locations are eerily deserted and come with plenty of gloomy shadows. Visually, the film is subtly impressive, filled with drab, grey colours which give it a distinctly otherworldly air which nicely underscores the skulking supernatural menace.

It’s a bit of a shame that Alone came along when interest in the genre was waning, as it’s arguably one of the better Asian ghost films of the early 2000s, and deserves to be more widely seen. Although undeniably haunted by an air of the familiar, through masterly execution Pisanthanakun and Wongpoom wring every last shriek from the setup, and show again that they’re among Thailand’s very best genre filmmakers.