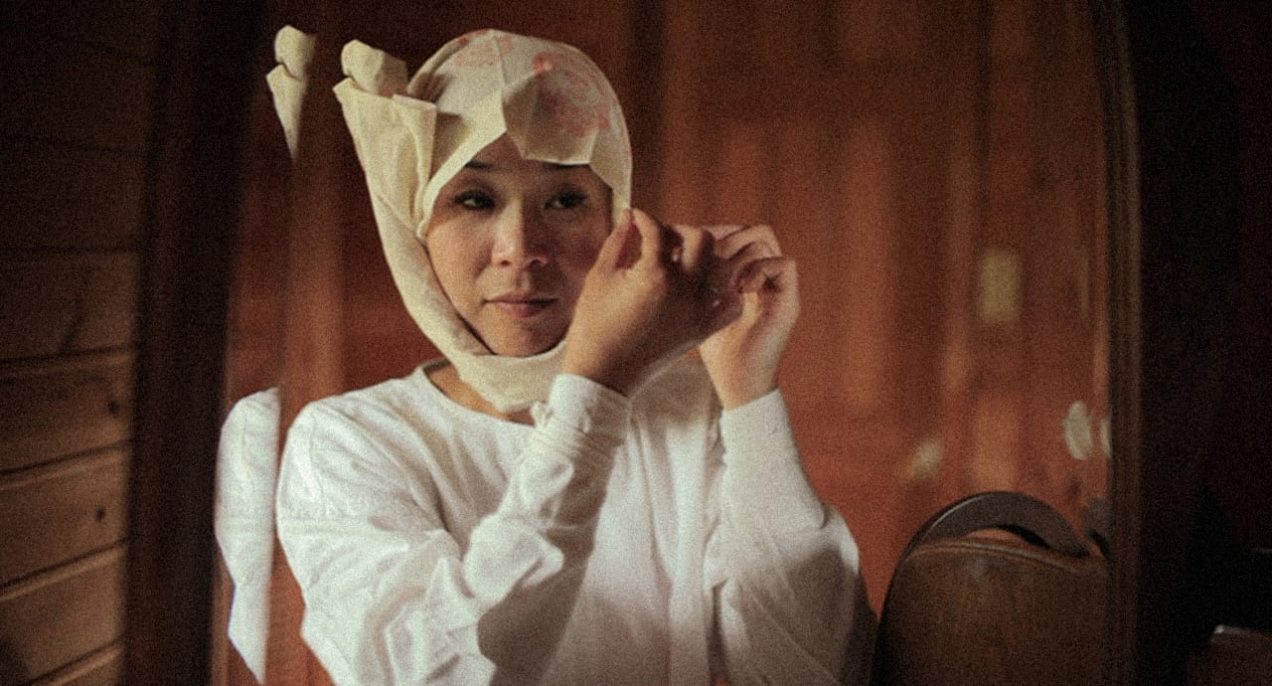 The title of the documentary (it means woman of the sea in Japanese) refers to an ancient Japanese tradition, of women specializing in freediving into cold water, wearing nothing but a loincloth and a traditional headscarf, holding their breath for up to two minutes, in order to gather abalone and other shellfish, in an effort that usually lasts for about 4 hours. The skinny dipping part was abolished since the Meiji era, and currently, the divers wear goggles and rubber black wetsuits, but not scuba tanks or any other gear to help them breathe underwater. Their numbers are withering as time passes, since they were 17,611 in 1956, but only 2,174 as of 2010, despite the fact that the ones who learn the profession keep at it until old age, occasionally surpassing 90 years.

The documentary follows a number of these women in their everyday lives, including the moments they work and the ones they spent with their family or friends, eating, singing karaoke or dealing with their children. The focus is definitely on women, since the only man appearing on film is the captain of the boat they dive from. As Claudia Varejao presents three generations of women in the profession, she shows that despite their work being quite difficult, even more when considering that since their work is seasonal, they have to work on farms when they are not diving, they are quite happy, frequently laughing, and enjoying their lives, both during their work and outside of it. Another point that becomes evident through various scenes is their harmonic relationship with nature, and their spirituality, as exemplified by their frequent prayers. In that fashion, Varejao makes a clear statement regarding the importance of tradition, particularly in Japan, which, despite its long history, moves rapidly towards modernism, leaving many of its traditions behind, particularly among the new generations.

Directors of documentaries occasionally make two mistakes. The first is that they show much of themselves on camera, “stealing” part of the main subject’s focus. The second is that they implement much “artistic” direction and cinematography, again straying from the subject, to exemplify their capabilities. Varejao, however, avoids both these tendencies, presenting a highly realistic (or naturalistic, if you prefer) view of her subject, focusing solely on the actual “protagonists” and their lives. The slow pace and the almost total lack of music exemplify the fact. Technically, though, the overall resolution of the documentary is great and the underwater shots are impressive, depicting the actual circumstances of the work the Ama San do, as is the case with the sound and the few music tracks, most of which are being sung by the protagonists.

Ama San is a documentary as one should be, both in terms of direction and technically. The sole “flaw” is that since the subject is quite specific, it may not have much pull among those who do not have an interest in diving or Japanese tradition.

The documentary is a co-production of Terratreme and Mira Film.