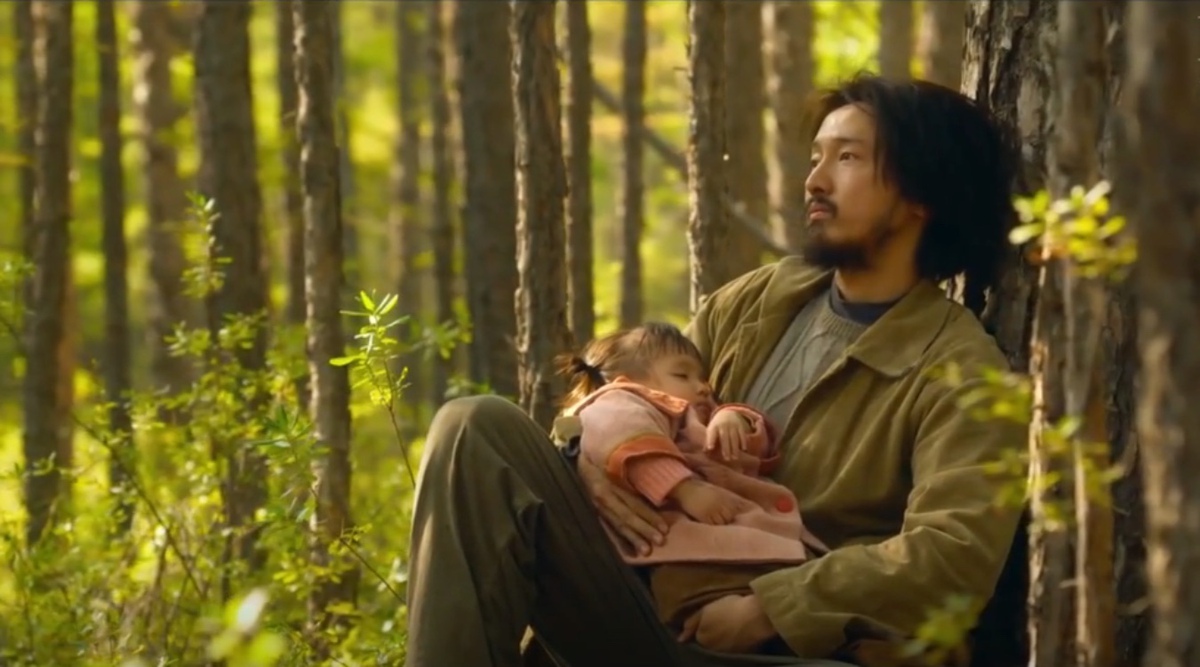 An illuminating, exquisitely shot man vs. nature drama with a remarkably wide-reaching appeal…

In Mongolian, this movie’s original title, Mo Er Dao Ga, translates as “go to battle on horseback” — a phrase and image that literally used to strike terror into the hearts of a good half the world’s population. After all, the nomadic Mongols had their brief but formidable run with the largest land empire in all history. But in subsequent centuries, those once known as the most fearsomely aggressive people in the world (yet conversely open-minded, as they were very respectful to other peoples and cultures after they were finished with ruthless conquest) quickly made an opposite turn toward one of the most inward-looking, traditionally living and obscure major populations. So now, the average person couldn’t name a single post-Empire Mongolian (or any without the surname “Khan”), or tell you a thing about modern Greater Mongolia (meaning Mongolia or China’s culturally similar Inner Mongolia, which actually has more Mongolians than Mongolia now).

Likewise, the phrase Mo Er Dao Ga has now come to refer to one of Inner Mongolia’s major tourist attractions: Moerdaoga National Forest Park, China’s oldest primary forest (i.e. with largely uninterrupted growth). Compared to most other parts of China, Inner Mongolia still has strong remnants of its very traditional roots, with massive grasslands and sizable pockets of ethnic minorities (including Mongols, as Han are the large majority) still living as nomads and herders — and doing so in one of China’s roughest climates, able to reach near -40 degrees in some areas. Even so, in the 21st century, in particular, it has undergone rapid, massive development and industrialization — some might say too rapid, seeing the significantly rising pollution and wealth gaps.

But our story takes us back to the 1980s, when Moerdaoga Forest wasn’t protected, had few tourists and was largely inhabited by tribes including the Ewenki (related to but not the same as ethnic Mongols). While playing in the forest, a boy named Linzi (王传君 Wang Chuanjun/Eric Wang, Dying to Survive) slips into a bear’s cave with his mother following after him. His brother Tu Tu (斯力更 Si Li Geng — so now you know another Mongolian!) manages to slay the bear to save him, but is too late for their mother.

As bears are considered “The Ewenki’s ancestors”, the surviving family (the two brothers and their father) is in a no-win situation: When ancient traditions and spiritual beliefs are so deeply entrenched that they’re made inflexible, in rare situations the most unfortunate and unforgivable transgression can be to be in the wrong place at the wrong time. So if the elders are passing judgement on you for your decision when forced to either kill a sacred bear or let it devour you/your family, don’t even think about asking, “But what would you have done in that situation…?” — that will only make your insolence more glaring!

But there are no hard feelings, as the family fears the slain bear’s curse as much as anyone else. So papa, Tu Tu, and Linzi are exiled to a small town outside of the forest. In the time to follow, just to get by, the brothers — and dozens of others among their people — find themselves working for Boss Yan. Yan heads the biggest of the Han “Lumber triads” (黑树会? Forgive me) who are moving into tribal territory upon finding serious money to be made from the destruction of the locals’ forest and traditional way of life. 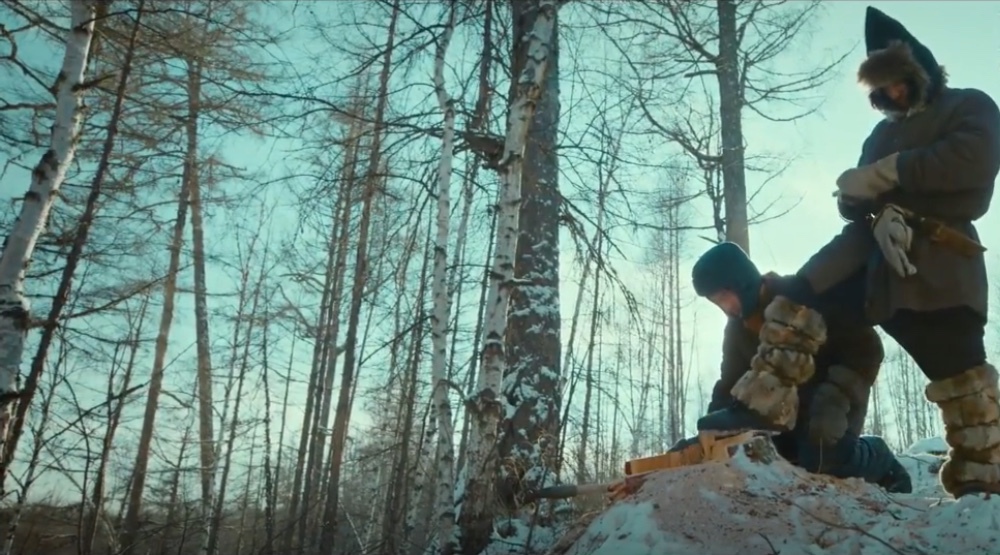 While Tutu comes to embrace the job for how it pays better than anything he’d ever imagined before, for Linzi — who not only loves nature but increasingly deifies it — making him into a lumberjack is about as good as making a conscientious vegan into a butcher. Things get even more complicated and drive further enmity between the brothers upon the arrival of the “wild girl” bear hunter Chun (齐溪 Qi Xi, So Long My Son) in their lives.

In the 1980s, Deng Xiaoping told his countrymen that “to become rich is glorious” — and throngs of them would embrace that idea just about as voraciously as they did his predecessor’s when he suggested it was the ultimate sign of corruption and counterrevolution. But those attitudes and vicissitudes would particularly throw China’s most traditional and undisturbed cultures into disarray upon their emergence. Rising amounts of younger people among the indigenous groups (and Han Chinese moving in) would increasingly see their rich, priceless and sacred land as a quick and easy ticket to wealth and modern living. Anima quite impressively captures the essence of that conflict and a unique culture via a focus on an almost classical tragedy within an individual family.

An invaluable component to this film’s power and anima so to speak would have to be director of photography 李屏賓 Mark Lee Ping Bing, perhaps best known for dually performing cinematographic duty (and sharing awards) alongside Christopher Doyle on In the Mood for Love. But tellingly, while Doyle became something of a celebrity cinematographer (to a degree beyond any other to have their heyday in the last few decades), Lee stayed in relative obscurity.

Much of the answer as to why — in addition to why that doesn’t make Lee one iota less extraordinary — can be seen in Anima. Lee’s camerawork is more observant and smoothly delicate, but not as charismatic or “exciting”. (It also helped for Doyle that his most frequent collaborator is the most audience-friendly of all Asian art film directors, Wong Kar-wai, while Lee’s is the more challenging Hou Hsiao-hsien.)

The pinpoint camera follows all of the action great and small, finding visual purpose from the words right down to the cold air coming out from characters’ mouths. There’s also so heavy and intricate a use of lens flare photography that it becomes a major part of the film’s aesthetic and overall sense of movement. One may think the degree of its presence could impede on the illusion of cinema, but for this film it credibly presents itself almost as a part of a documentary in the way it follows its characters’ lives and land, literally adding colour to it.

The sprawling wilderness permeating much of the movie doesn’t serve merely to show off a tourist spot, but to highlight the spiritual connection the indigenous people have to their vegetation and wildlife. In addition, the way the film plays some of the characters’ thoughts and feelings off of the majestic landscape (often through pensive voiceovers) has pleasant echoes of Terrence Malick. Altogether, it gives a sense of something irreplaceably greater than all of the characters’ individual concerns, as they’re often rendered mere specs on the vast landscapes. Put colloquially, writer-director Cao and Lee help make sure we the audience don’t miss the forest for the trees; literally or figuratively, in the visuals or in the narrative.

Normally, something like Anima — unassumingly described as an “environmental drama” and focused on a traditional nomadic/pastoral people — would be expected to be a rather demanding and heavy slow-burn. Yet there’s a surprisingly decent amount of comedy, action, dramatic tension and agreeably quaint dialogue (“Mama, the tree is crying”) between the characters. And for those especially fond of nature or photography, a picture can be worth a thousand Hollywood bullets. 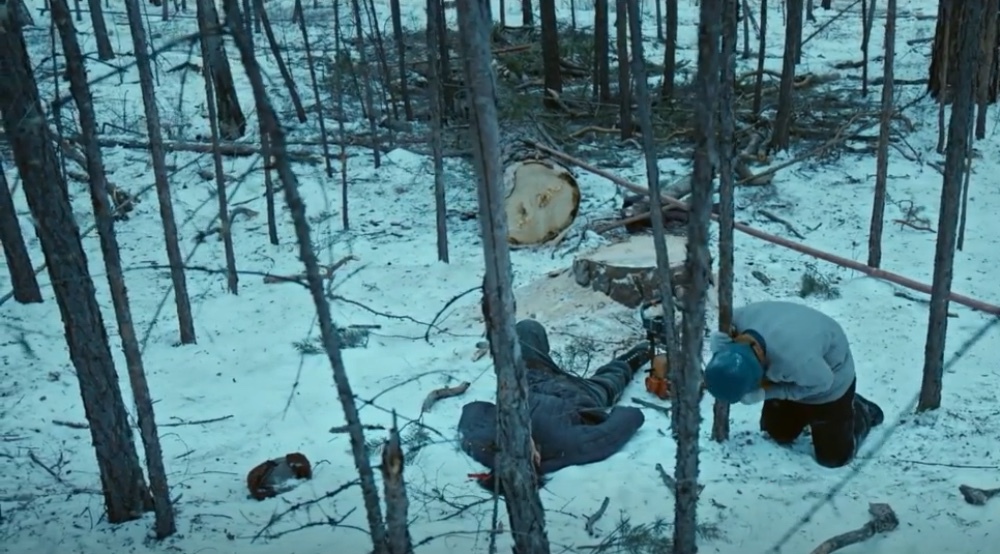 Boisterous banter, brawls, blizzards, and bears show up frequently enough to leave more casual filmgoers reason to give Anima a look even if they’re not inclined to dive into its deeper delights. After all, brothers who become bitterly separated from each other on opposite sides of the law, society or philosophy (all three in this case) is as classic and familiar of a story to fans of modern Chinese cinema as 英雄本色 A Better Tomorrow — even if the setting and resulting message could scarcely be any more different here. 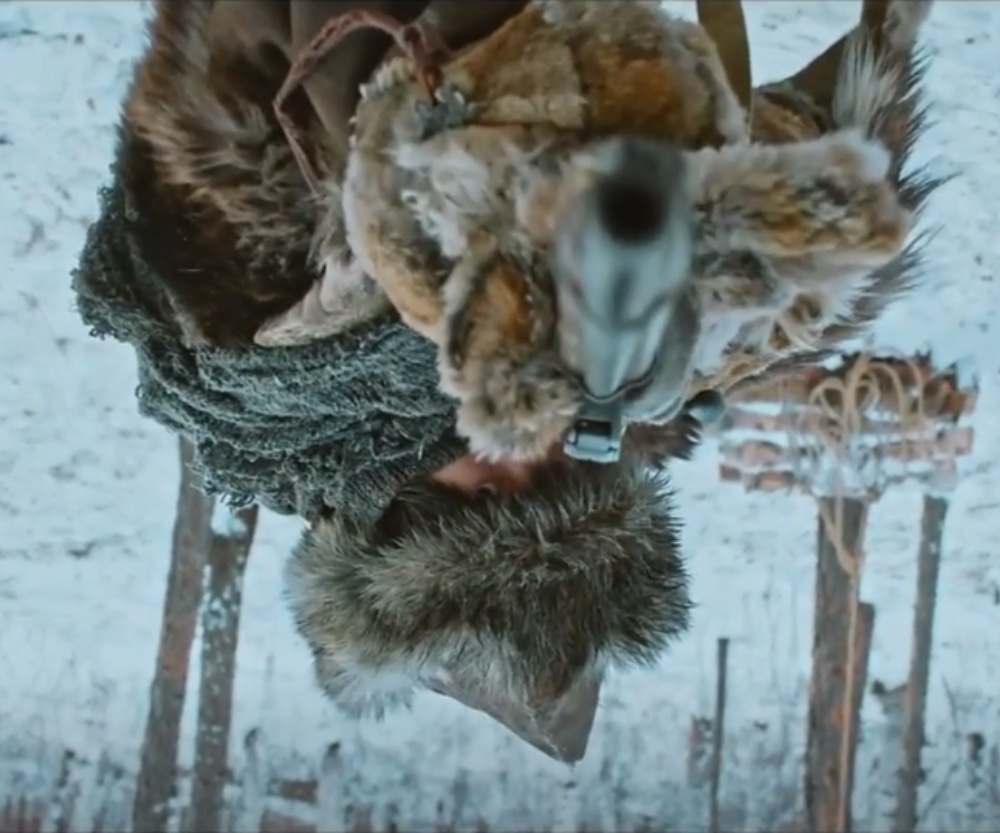 The only civilians allowed to carry guns in China are/were a few select minority groups; and only hunting rifles in their own designated areas [hint: it’s not being used how it’s supposed to be here].

Deforestation and desertification seem to be tearing away at Linzi’s very soul, while Tutu is being ravaged by far more worldly troubles — and it’s further exacerbating for both to know that their dear brother is a key cause of their respective torment. While this is not blockbuster entertainment by any means, it’s is unusually accessible and broad in its appeal for a film of its style and subject matter; yet it doesn’t feel compromised.

Even with a straightforward narrative, Anima is an examination of something very particular in place, period and population that reverberates into very pertinent issues traditional cultures around the world are facing perhaps even more today: threatened loss of cultural and spiritual heritage, and the dilemma of many younger indigenous people left to choose between two worlds. 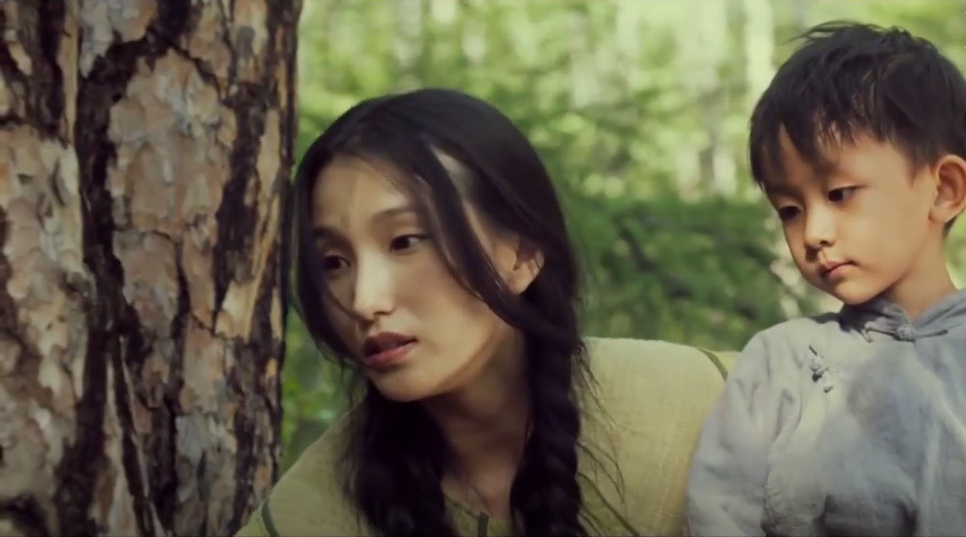 The end result is what’s probably China’s finest “minority” film at least since 2015’s Paths of the Soul. And what that film did for Tibetan land, culture and beliefs, Anima does for a people and place considerably less explored in the Western consciousness.

“It takes hundreds of years for a tree to grow. But just minutes to cut it down.”

Side notes
Probably due in part to all the different places 李屏賓 shot films in (at least Mainland China, Hong Kong, Taiwan, Japan, Nepal and France), and different ways of romanizing Chinese across places and dialects (or just getting lost/mixed up in translation), his name has been alternately spelled as Mark Lee Ping Bing/Ping Bing Lee, Ping Bing Li, Ping Bin Lee, Mark Lee, and Ling Ping Bing.

The Chinese film/TV industry has been rather disposed to having Wang Chuanjun play “ethnic” roles. He also played manga artist Sekiya [usually Sinocized as Guangu] on the groundbreaking Chinese sitcom 爱情公寓 ipartment.

Wally Adams
Born & raised in North Carolina, a citizen of the world. Asian cinema is but one of many avatars of my longtime fascination with cinema, general culture, music and languages throughout the world. But by now I recognize it may be the strongest of them all and sum it up like this: Whether Mifune in a duel or Madhuri in a dance, Song Kang-ho being a dunce or Gordon Liu in his stance, the finest Asian cinema always leaves me in a trance. Find me on Facebook.
Read all posts by Wally Adams