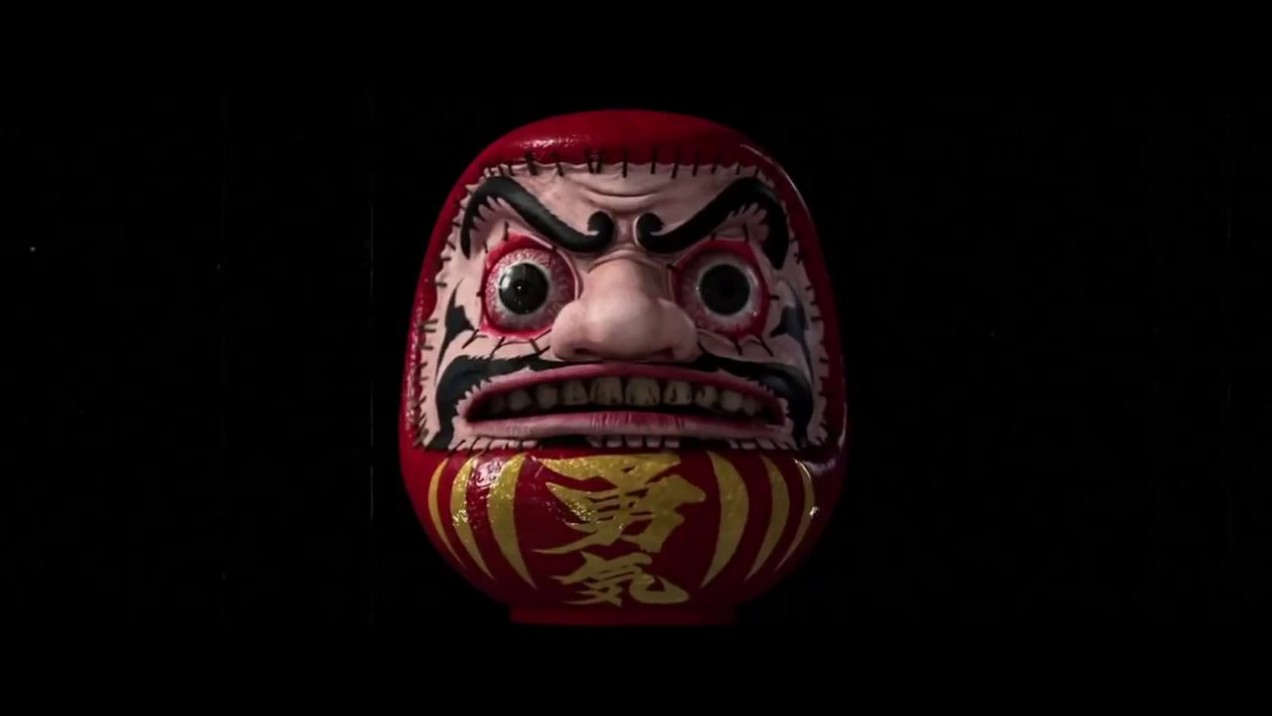 Fans of Japanese auteur Miike Takashi who were overjoyed in 2012 to see him returning to his gory, far-out ways with the crazed and controversial Lesson of the Evil should have much to celebrate with As the Gods Will. An adaptation of the popular manga by Kaneshiro Muneyuki and Fujimura Akeji, the film has been described by many as a successor to Fukasaku Kinji’s now classic 2000 high school bloodbath Battle Royale, though while the two do share some obvious similarities, Miike here if anything only ups the general insanity in an outing that’s at once impossible to describe and ruthlessly simplistic.

Fukushi Sota (Library Wars) takes the lead as high school student Shun, the film opening with him asking God to save him from his boring life. He soon gets his wish, as he finds himself trapped with a classroom with his friends, their heads being exploded by a sinister daruma doll as part of a bizarre game. Barely surviving, he finds himself caught up in another fight for survival with possible love interest Ichika (Yamazaki Hirona, Lesson of the Evil), as they face off against a giant cat while dressed in mouse costumes. As it turns out, the same thing is happening all over Japan and the world, with countless youngsters losing their lives at the hands of mysterious invaders hovering above cities in gigantic cubes.

As the Gods Will starts with a bloody bang, and though none of what follows can ever really top the first half hour or so, Miike Takashi certainly packs in some fantastically inventive scenarios, most of which are jaw-droppingly outlandish. There’s a determinedly anarchic feel to the first two acts of the film, and it works incredibly well as a wild rollercoaster ride of the unexpected, the viewer being dragged along and slapped around along with the unfortunate (and mostly doomed) characters as they’re whittled down to a more settled collection of potential survivors. The film does recall Battle Royale in this respect, not least due to some amusing inserts of teen romance and melodrama (which it thankfully never seems to take too seriously) and scenes of the understandably horrified students reacting very differently to the situation. Miike keeps the viewer guessing as to the underlying mystery, and the film is well structured around its many set pieces, with some entertaining special effects bringing the manga to chaotic life in a manner that’s at once violently grotesque and stylishly cartoonish. Though filled to the brim with gore and entrails, there’s a fun rather than sadistic feel to the proceedings, the many, many death scenes being treated as splattery-gags rather than being lingered on or drawn out.

The film can’t quite keep up the pace, and the third act sees it settling into a more commercial direction, like many Japanese genre blockbusters attempting to offer pseudo-philosophical platitudes on life. Though Miike does work towards a satisfying conclusion, the film hasn’t really done enough by this stage to result in any real emotional connection with its characters, and anyone expecting a return to the carnage of the opening scenes might well feel underwhelmed. The film similarly doesn’t really nail what seems to be a message about violence in Japanese society and the laziness of youth – somewhat rich, given that it’s blatantly and unapologetically aimed at audiences likely to whoop over its gleefully gonzo approach to serving up horror and havoc, showing scant concern for human life or common sense. Indeed, it’s hard not to see the film as basically revolving around specifically male teen power trip fantasies and messiah complexes, clearly common themes throughout.

This of course isn’t likely to be much of a criticism for the film’s target audience, and to a large extent complaining about a lack of substance or subtlety in something like As the Gods Will is as sensible as most of its whacked-out death game scenarios. On this score, it’s another likely cult favourite from Miike Takashi that’ll undoubtedly please aficionados of his more unrestrained side, as well as anyone who enjoys extreme and/or deranged Japanese cinema.

As the Gods Wills is available through YesAsia.