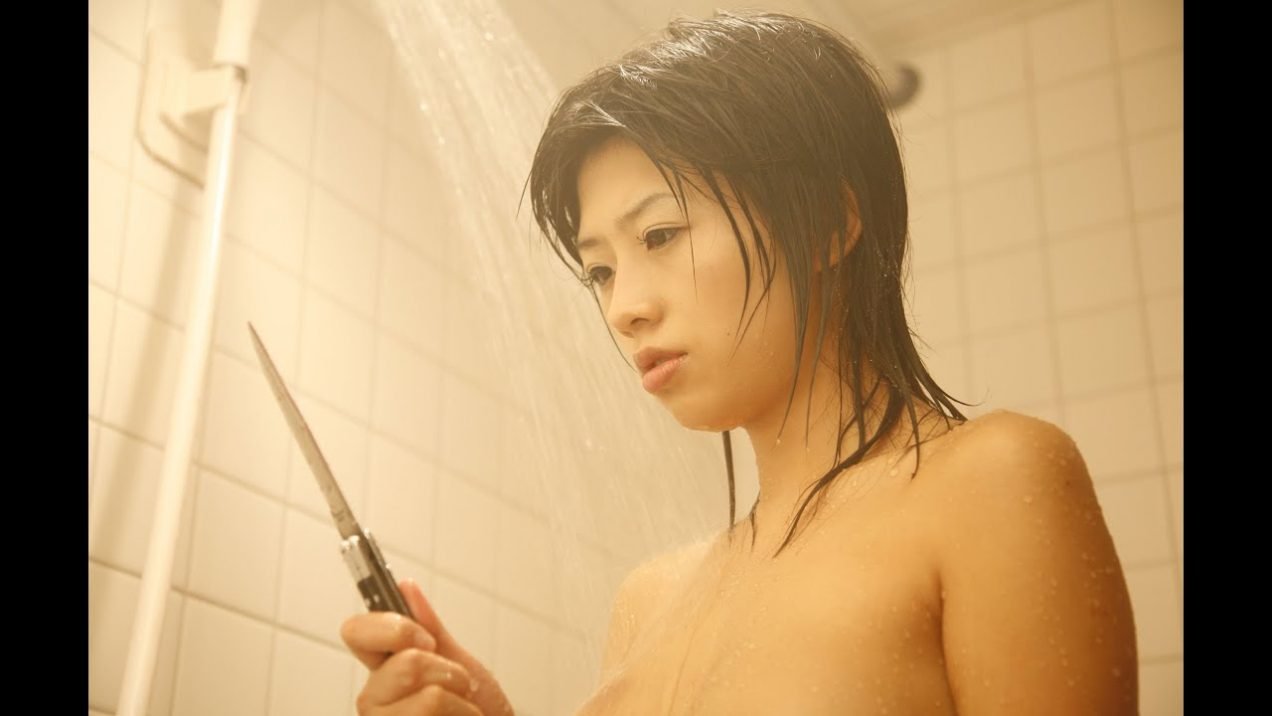 How can any self-respecting fan of Japanese schlock cinema resist a film with a title like this?…

Japanese splatter films are well-known for their blood-soaked, whacky creativity, though in terms of its title at least, nothing comes close to the bizarrely-monikered Attack Girls’ Swim Team Versus the Undead, which also goes by The Girls Rebel Force of Competitive Swimmers, Attack Girls Swim Team vs the Unliving Dead, Inglorious Zombie Hunters, and the slightly more sensible Undead Pool. Originally unleashed back in 2007, the film enjoyed a surprisingly wide international release, quite possibly just on the strength of its awesome name, though the lashings of softcore lesbianism and amusingly cheap gore promised by the trailer probably didn’t hurt.

Directed by Koji Kawano (more known for romances and dramas like When You Wish Upon a Star), the film stars Sasa Handa (Bloody Chainsaw Girl Returns: Revenge of Nero) as Aki, who persuades her friend Sayaka (Yuria Hidaka) to join their high school girls swim team. When the school nurses call everyone to the office for an inoculation, the two girls instead sneak off to hang out, though on their return find that a strange infection is spreading amongst the students and staff, turning them into flesh-hungry ghouls. Luckily, Aki is a trained assassins of sorts, and she and Sayaka rally the rest of the swim team to fight back.

The film also features a lot of oddball comedy, mostly in the form of slapstick, with the cast spending a lot of time pulling strange faces for the camera, and for viewers who enjoy this kind of thing it’s reasonably funny in a low-brow manner. The overall shabbiness of the production similarly makes for a decent amount of laughs, whether intentional or not, with the zombie makeup cheap and cheerful, and the gore mostly revolving around absurd blood geysers and rubbery limbs being thrown around, again usually accompanied by the pulling of what are presumably supped to be comic faces. Koji’s refusal to explain almost anything about the zombie outbreak or the character of The Doctor is also hilarious, and helps add an amusingly surreal air throughout.

While none of this is enough to make Attack Girls’ Swim Team Versus the Undead a good film in the traditional sense, there’s plenty here for fans of post-2000 Japanese schlock to enjoy. Despite leaning more towards sleaze than gore, it’s a short, breezy 78 minutes of exploitation fun, and Koji Kawano earns points for an approach that could be broadly described as being unpretentious in the extreme.