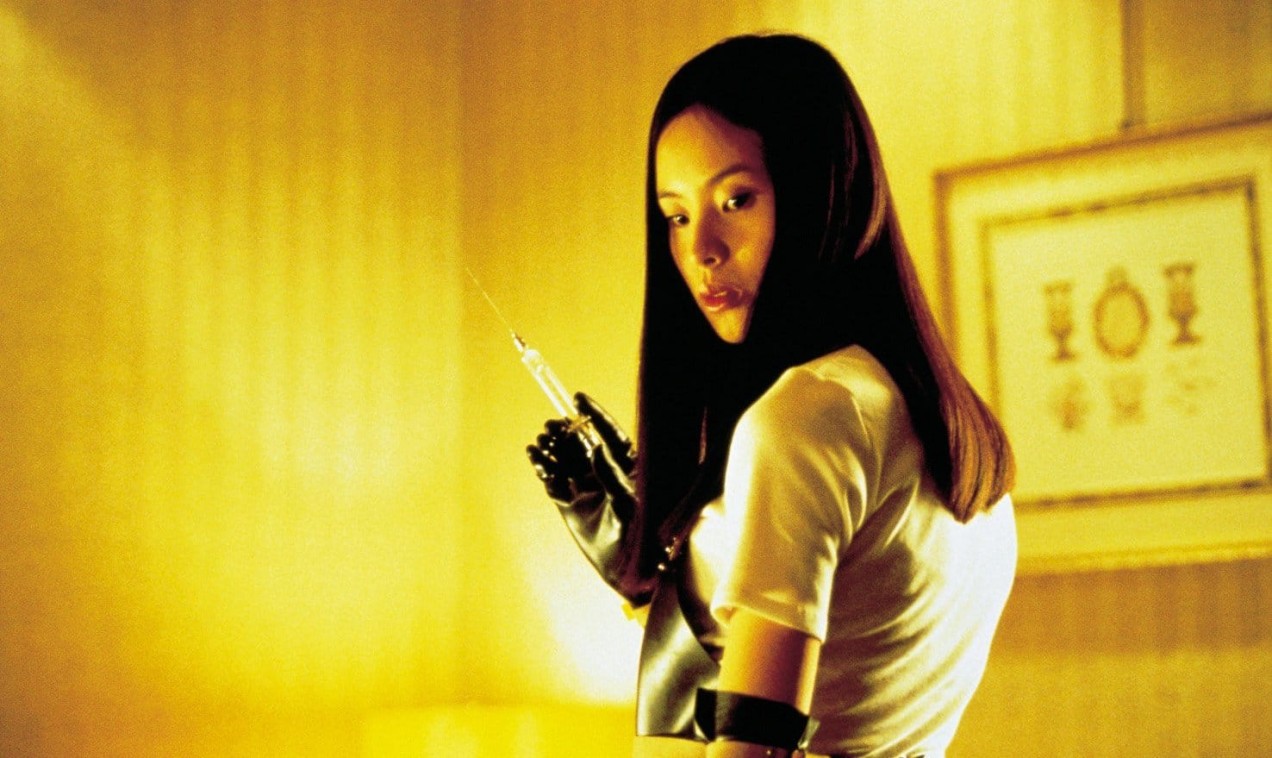 Considered a classic for all sorts of reasons. Now Takashi Miike’s international breakthrough gets the presentation it deserves…

I have quite possibly written and spoken more about this movie than any other. It was one of the first films I ever blogged about. I included it in my Asian Horror taster menu. I recently recorded a podcast which dedicated an hours’ worth of discussion on it. It even made it as my ‘film that started it all’ entry here at Easternkicks. To be fair it jumps up and down in my estimation over time, but whatever its influences on me, I think the film holds an important place in the history of Asian cinema. It really was the international breakthrough movie for director Takashi Miike and was certainly one of the films that came through as part of the J-horror explosion in the early 2000’s. But one of the problems with it was that despite a number of DVD and Blu-ray releases from various suppliers, it has never really been served that well for the home viewer. Now Arrow Films have continued their sterling efforts with a new Blu-ray release, with a 2K restoration and some smashing extra features.

Now, I am not going to rehash an old review because frankly I find it hard to believe many of the audience for this piece will not have seen the film before. This release tells the same story it has been telling since 1999 – Widowed 40-something Aoyama (Ryo Ishibashi) uses an audition for a film project to meet a potential new life partner. He becomes entranced by the charms of Asami (Eihi Shiina), but the demure object of his affections has a dark past that eventually surfaces in a predilection for torture and amputation. Audition is 75% delicate romance and 25% cinematic discomfort.

The real question I had when the lovely looking Steelbook fell through my letterbox was how good would it look? One great frustration I had with the film was that my old Tartan DVD has a very soft and grainy picture. The good news is… this is as good as the film is probably ever going to look. The 2K restoration has done a really good job at cleaning up the visuals, although it certainly isn’t one to be used as a reference for your equipment. The original film wasn’t the highest budget, and the use of natural/low lighting means it still has a somewhat grainy appearance. There is also at least one scene that seems to suffer an unnatural jump cut (which is referenced in the supplied booklet), which is prefaced by a moment of quite strange artefacting – but this is a microsecond of the running time. So yes, it looks (and sounds) pretty much as good as I could have hoped.

There are a number of extra features that have seemingly been harvested from Audition’s previous outing on Blu-Ray (a subtitled Commentary Track by Takashi Miike and screenwriter Daisuke Tengan and interviews of varying lengths with Ryo Ishibashi, Eihi Shiina, Renji Ishibashi and Ren Ôsugi), which are all fairly interesting and worth dipping into.

Rounding out the package is some really good new content. Another feature–length Commentary Track by midnighteye.com’s Tom Mes is well worth a listen. Mes is probably the number one expert on Miike and his films, and his measured and informative commentary works well, especially as he references the source novel by Ryo Murakami. There is a new interview with Miike himself, which is always welcome, underlying the humility of the man. Familiar face Tony Rayns gives us a 30 minute chat about the film, with a more personal touch, relating his relationship with both MIike and the infamous Rotterdam screening of the film.

All in all, what we have is a good presentation of an important film. The extra features are maybe not utterly essential, but they complete a fairly comprehensive package. All I feel is missing is possibly some input from Murakami, and possibly a more critical voice (the commentaries all allude to differing views of the sexual politics of the film). However, I am pretty much going to call this the definitive release of the film.