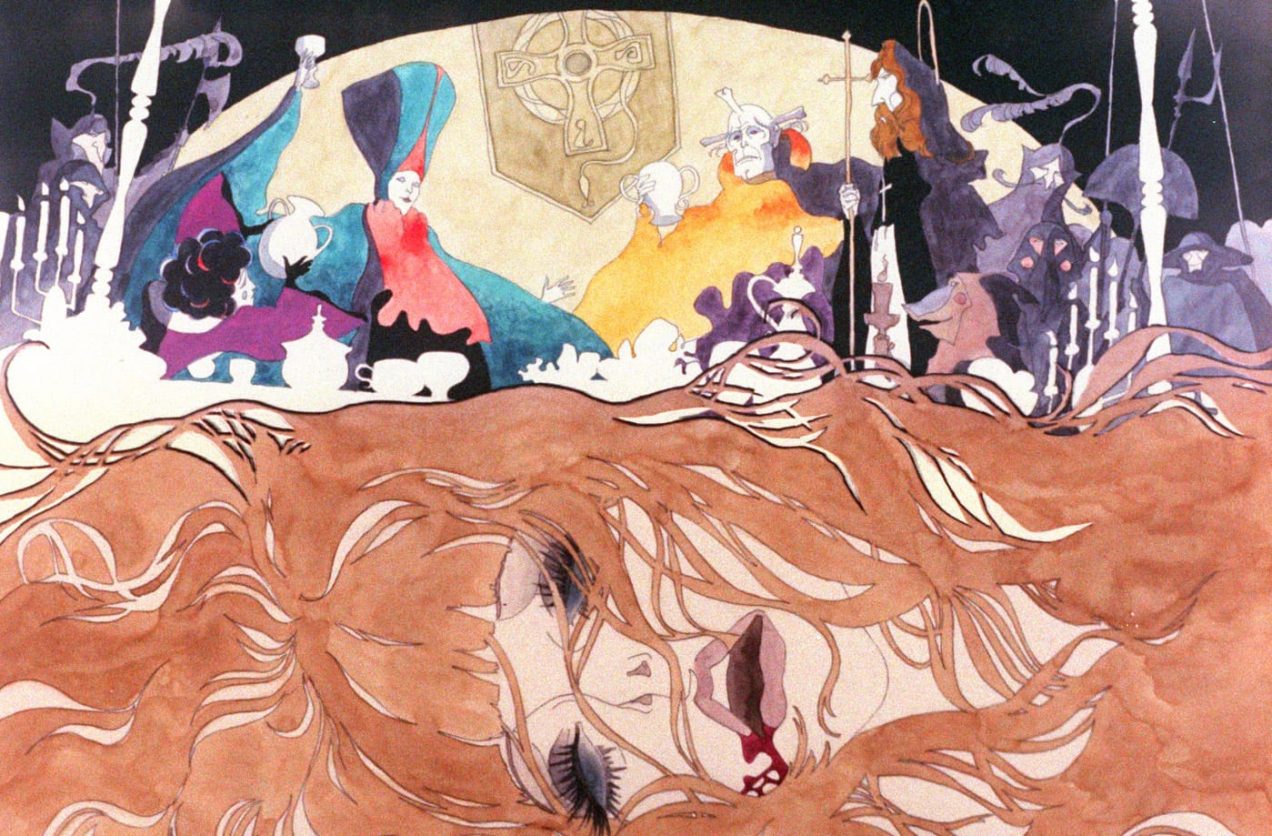 A landmark in anime finally gets the edition it deserves…

Mushi Productions, a company created and abandoned by Osamu Tezuka, (aka “God of Manga”), produced the adult-themed anime Belladonna of Sadness, in 1973. It was the final part of a trilogy named Animerama, a commercial failure that kept the title in anonymity for many years, despite the fact that some editions of very low quality were circulating in the internet. In 2014 however, Cinelicious Pics decided to restore the original anime, which is now available in 4K. Let us take things from the beginning, though.

The story behind the title

Animerama trilogy is a series of thematically-related adult anime feature films originally conceived and initiated by Osamu Tezuka and made at his Mushi Production animation studio from the late 1960s to early 1970s, probably intended as animated counterparts to the then-emergent pink genre:.

The first part, A Thousand & One Nights screened in 1969 and is considered the first erotic animated feature film. The second, Cleopatra, was a commercial disaster, and initiated the beginning of the company’s fall, which eventually led to its bankruptcy, in 1973. In an effort to avoid financial collapse, the company decided to sell the rights to the US-based Xanadu Productions, which eventually screened a dubbed edition titled Cleopatra: Queen of Sex, in 1972. This edition was also a commercial failure. The third part titled Belladonna of Sadness screened in 1973, without Tezuka’s direct participation, since he had already abandoned the company. Despite the fact that the studio was on the brink of financial collapse, the people in charge decided to allocate their final funds to its production and distribution. The result was, once more, disheartening, and the film was pulled out of cinemas, ten days after its premiere, and the company declared bankruptcy a few months later.

The script is based on Jules Michelet’s novel on the history of witchcraft, La Sorciere, which was published in 1862, in France.

The story revolves around a young couple named Jean and Jeanne, whose happiness ends during their wedding night, due to Droit du seigneur, a feudal law that allowed local lords to be the first to deflower the bride. That night, the local baron and possibly his lackeys rape Jean. I say possibly, because the scene is utterly abstract, with the perpetrator depicted as a red painting, in contrast to the girl, who is depicted regularly and even getting cut in half by the abusiveness of the crime.

She and her husband try to forget what happened, but Jeanne is still tortured by the fact, which is personified as a demon of phallic form, who appears in her sleep. These memories have complicated results, since the demon does not only scare her, but also makes her feel pleasure. Furthermore, he encourages her to exact revenge from the baron, as he suggests that the only way to accomplish that is by making a deal with the Devil.

The Baron feels threatened, not only due to the rebellion against him, but also because the insurrection takes the form of a sexual revolution, as a growing number of the people is emancipated from the strict rules of the society of the time. This part, of the reaction against feudalism and the Catholic Church seems to have its roots in the history of Jean of Arc, whose life story shares many aspects with the one Jean experiences from this point on.

Belladonna of Sadness is the most serious and most avant-garde part of the trilogy, with the story unfolding chiefly through narration rather than dialogue, and with animation on top of static, panoramic paintings, influenced by Ars Nouveau artists such as Klimt and Beardsley, and Tarot illustrations. The feast of colors becomes evident from the first second, as is the case with the attention to the detailed depiction of the characters and their surroundings. The overall design by Kuni Fukai is close to perfect, with each shot looking like an actual painting. The animation by Gisaburo Sugii is of equal quality, as the movement seems like flowing from the static images, giving life to the paintings. His choices on what will remain static, when there will be motion, and how the outcome will remain natural are unmistakable.

Among this beauty, however, lurks the grotesque element, which becomes more obvious in the sex scenes and in a number of violent acts, as is Jean’s mutilation. The scene describing the years of the plague is very impressive, as the black color dominates the ominous atmosphere created by the animation.

Eichii Yamamoto artfully implements the human drama of the story amidst the visual phantasmagoria, preventing the anime from becoming just a collage of images. Furthermore, and in combination with the great music by Masahiko Satoh, that moves in rock-jazz-fusion paths, retains the aesthetics of a music video, particularly in the scenes where there is no narration, heightening, in that fashion, the stylistically modern atmosphere.

Belladonna of Sadness is a landmark in the history of animation, both Japanese and international, and both due to its style and its radical content, whose purpose was to move as far away as possible from the dominating, Disney style and content. The outcome was so far beyond its era, that almost no one managed to appreciate it, resulting in its commercial failure. More than 40 years would pass until its artistic value was appreciated. This value will now be available to the public, through Cinelicious Pics’s restoration, that brings out the artistic genius and the adult aesthetics that make the anime, unique. 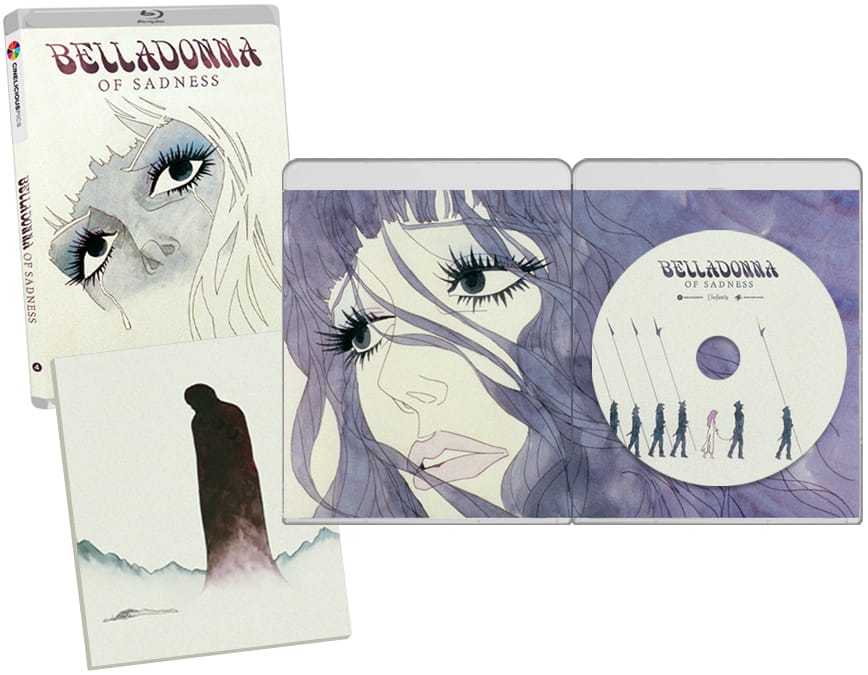 2 thoughts on “Belladona of Sadness”