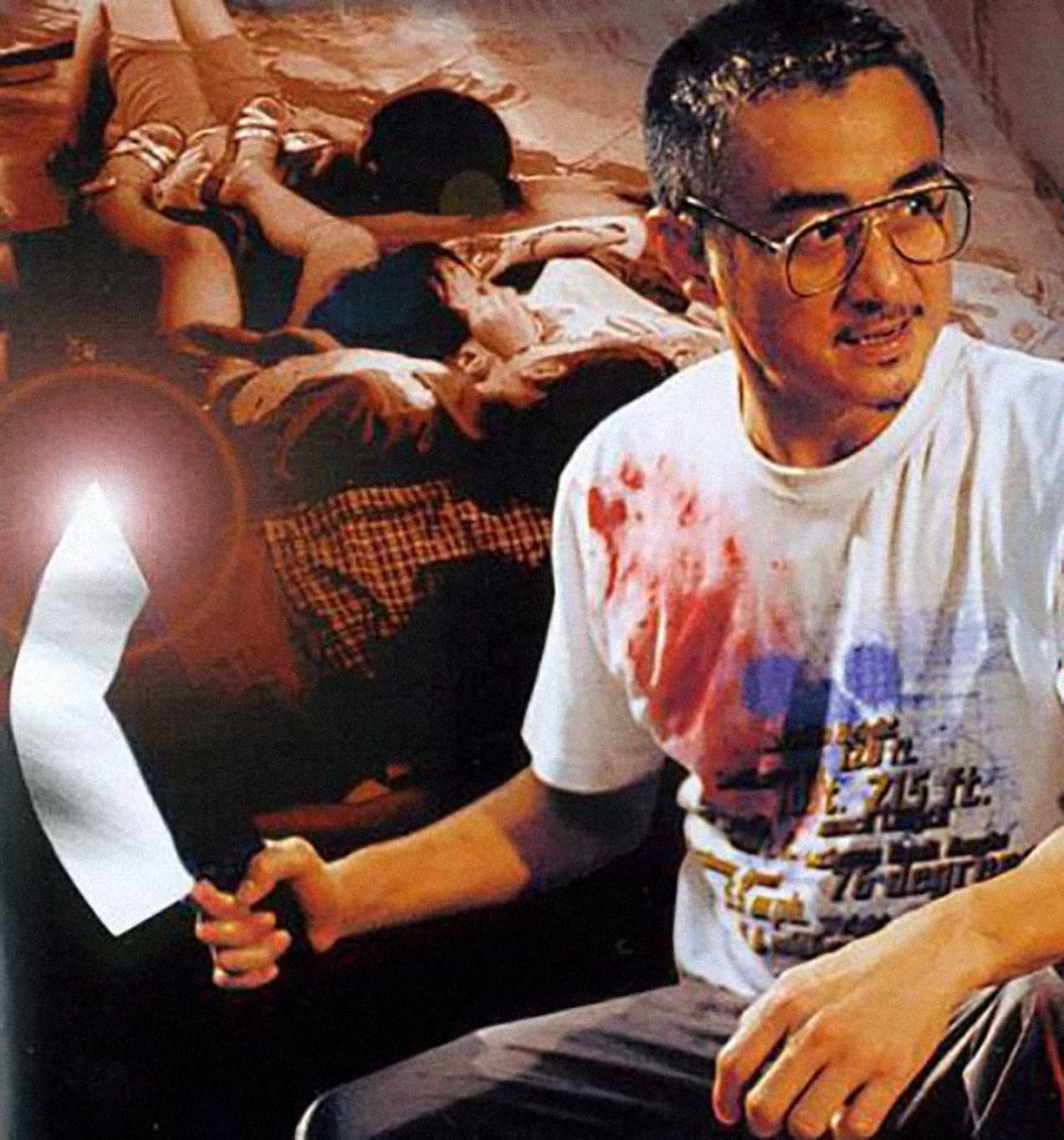 Another retelling of the Eight Immortals Restaurant murders, made famous by The Untold Story…

Even compared to other Hong Kong horror obscurities, Bloody Buns is a pretty hard film to track down. Based on the Eight Immortals Restaurant murders, the same real-life crimes which inspired Herman Yau’s Category III classic The Untold Story, the film is alternately listed as having been made in 2002 and 2003, and goes by several different titles, including The New Human Meat Pork Buns and others. Directed by Tin Chun, credited on this and other films under a variety of names, the film is a markedly low budget affair, and sadly turns out to be one of the weakest inspired by the evil Wong Chi Han, not least since it lacks the presence of the inimitable Anthony Wong.

The film follows the facts of the case pretty closely – or, to be more specific, it follows the template set out by The Untold Story, with the discovery of severed limbs in Macau leading to a police investigation into the disappearance of a missing family of restaurateurs. The net soon closes in on Wong (Hugo Ng, Daughter of Darkness), who is now running the restaurant, claiming to have bought it from the previous owners, and who is serving up a new brand of extremely popular and delicious meat buns. It’s obvious that the twitchy Wong is lying, and after the police arrest and interrogate him, the full grisly story comes out.

When it comes to Hong Kong exploitation cinema, cheap cash-ins are very much par for the course, and it wasn’t exactly a surprise when the success of The Untold Story led to a long list of films which might be politely be described as paying homage to it, from its own sequels through to the likes of There is a Secret in My Soup, Human Pork Chop and other delights. This having been said, there’s no real excuse for Bloody Buns being as blatant a rip-off of Untold as it is, lifting the structure, narrative and even entire scenes from Herman Yau’s classic. Tin Chun doesn’t even make an effort to disguise this, with Hugo Ng clearly having been told to do his best Anthony Wong impression, and with the police investigation progressing in a suspiciously similar manner, led by actress Bessie Chan (Erotic Agent) and a team of bumbling colleagues, whose interrogative techniques basically revolve around beating the hell out of their suspect.

Whereas Yau managed to work in some sharp, if very dark, satirical humour and social commentary, Chin instead seems to be aiming for tedious slapstick, mostly relating to the behaviour of the police, with lots of scenes of them leering after women or acting in a misogynistic manner – it’s never clear exactly why this is supposed to be either amusing or relevant. Matters aren’t helped by some poor acting, and this further undermines Chin’s attempt to photocopy Untold, the film completely lacking any kind of tension, drama or interest. To be fair, it’s not really Hugo Ng’s fault, as the script doesn’t give him much to work with, and since it’s impossible not to think of Anthony Wong’s amazing, award-winning performance as Wong Chi Han, and Bessie Chan really deserved better, being stuck with the kind of thankless role which sadly seemed to mark her career. 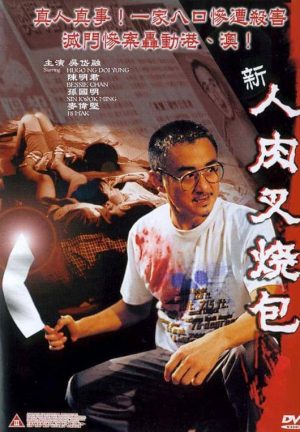 The film is also very cheap-looking, having been shot on video, lacking any kind of production values and with Chin’s direction being non-existent – the film looks as if the camera was simply set up and the cast were given only the vaguest instructions on what to do. Worst of all is the fact that the budget clearly didn’t stretch to gore effects, as there’s almost no blood or violence on show, something which entirely defeats the purpose of having made the film in the first place. While there’s a bit of nudity and sleaze, without any visceral thrills, the film quickly becomes boring and pointless, and it’s hard to see it as anything other than a distasteful attempt to trick audiences into watching it, the hallowed Category III rating being wholly undeserved.

Make no mistake about it, Bloody Buns is a truly shoddy offering, and while there might be a certain car-crash fascination in seeing just how bad it is, brave viewers should be prepared in advance to lose an hour and a half of their lives to boredom and a growing sense of annoyance. Easily the worst of the Untold Story knock-offs, the film is for only the most dedicated of Category III completists, and even then, only if their sense of duty is particularly staunch.

One thought on “Bloody Buns”