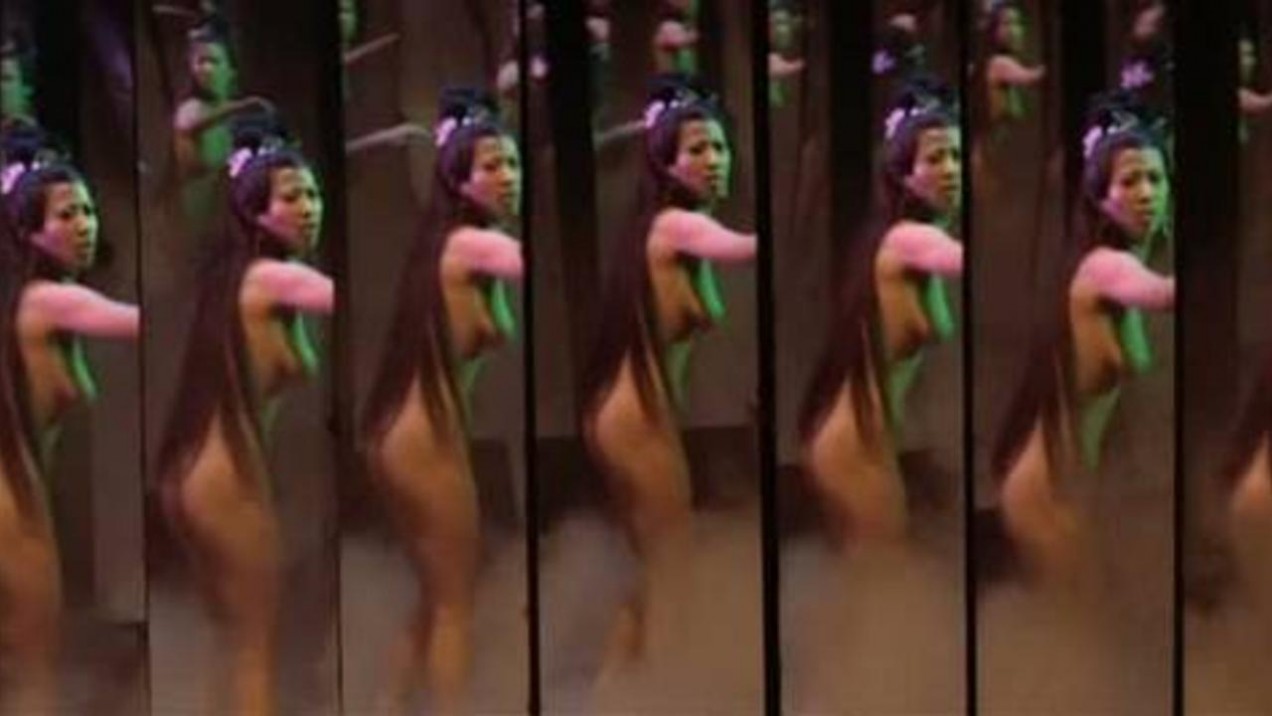 One of the crazier of the later Shaw Brothers films, mixing magic, martial arts and bloody madness…

The oddly titled Bloody Parrot is a somewhat obscure Shaw Brothers re-release from 1981, the period when the studio was mainly known for churning out lots of gory and grotesque fantasises and tales of dark magic. The film is no exception, being a nasty and often downright bizarre mystery directed by Hua Shan, best known for somewhat more normal fare such as the Jin Yong adaptations Little Dragon Maiden and Tales of a Eunuch and the wuxia outings Usurpers for Emperor’s Power and the excellent Ti Lung vehicle Soul of the Sword.

The film starts with the retelling of the legend of the bloody parrot, which apparently comes to earth on the devil king’s birthday and grants three wishes to anyone who finds it. As is usually the case, these wishes turn sour for poor Guo Fan, an official whose neck is on the line for losing the fabled treasure of Dian and who asks the sinister bird for their return. They do, though soon after his son dies, after which they promptly disappear again, leading to bloodshed and tragedy. Word of the fabled treasure spreads throughout the martial arts world and many fighters seek out the parrot, which it is said will lead them to the riches. Wandering swordsman Yeh Ting Feng (Pai Piao, also in Killer Constable and Shaolin Rescuers) is intrigued by the story and tracks down Guo Fan’s brother, only to find him horribly poisoned. Teaming with famed constable Tieh Han (Tony Liu, another studio regular who featured in the likes of Spirit of the Sword and Return of the Sentimental Swordsman), he sets out to get to the bottom of the mystery. Sure enough, the two soon cross paths with the parrot, though the encounter unfortunately leaves Tieh dead, and so Yeh takes his coffin with him on the hunt, searching for a prostitute called Xue Nu (the clearly uninhibited actress Liang Zhen Ni, who starred in a number of other Shaw horrors such as Bewitched and Hex Vs. Witchcraft) rumoured to know more about the complicated affair.

To be honest, the above synopsis barely even scratches the surface of the labyrinth plot, which would probably take several novels to do it justice. Packing in countless twists, betrayals and shock revelations, the film keeps the viewer engaged and guessing throughout, though it is a little hard to follow at times before the usual cackling Shaw style villains finally reveal themselves. It works well as a combination of the studio’s usual horror, fantasy, wuxia and traditional martial arts motifs, tied together with a definite gothic edge, featuring vampires, witches, drawings with moving eyes and other creepy delights. Certainly, although chaotic the film is never boring in the least, and just about manages to retain a sense of coherence, not that it particularly matters.

For those left scratching their heads by the narrative, the film serves up lots of exciting martial arts action, well-choreographed by the veteran Hsu Hsia, with a good amount of energetic duels and sword battles, most of which are very bloody and feature a dizzying array of vicious looking weapons, mutilations and flying limbs. Although not quite as nauseating as other Grand Guignol Shaw productions of the time such as Boxer’s Omen or Hex, the film still boasts a few disgusting scenes of black magic and maggots, as well as a gruesome autopsy and some nasty flesh melting. The film also recalls the studio’s infamous Human Lanterns with a nice line in disturbing skin embroidery and several shots of brutal flaying. Rounding out the film as a decidedly visceral experience is a high quotient of nudity, most of it featuring actress Liang Zhen Ni who is topless for most of her scenes, including a bizarre and unsettling sequence of naked demonic possession, as well as some surprisingly kinky sex and the rather inappropriate use of a pearl.

In short, Bloody Parrot pretty much has it all and is a definite must see for all fans of the Shaw Brothers’ darker and sleazier fantasy films. Whilst the hideously convoluted plot may lose some viewers early on, for those who persevere it really is a wonderful and entertaining film, with enough crazed weirdness and ghastliness to mark it as one of the very best of its type.

Bloody Parrot is currently out of print. Many Shaw Brothers films are now available in HD and SD on iTunes, GooglePlay and YouTube. See the full list of Shaw Brothers movies on iTunes here.

A version of this review previously appeared on BeyondHollywood.com.