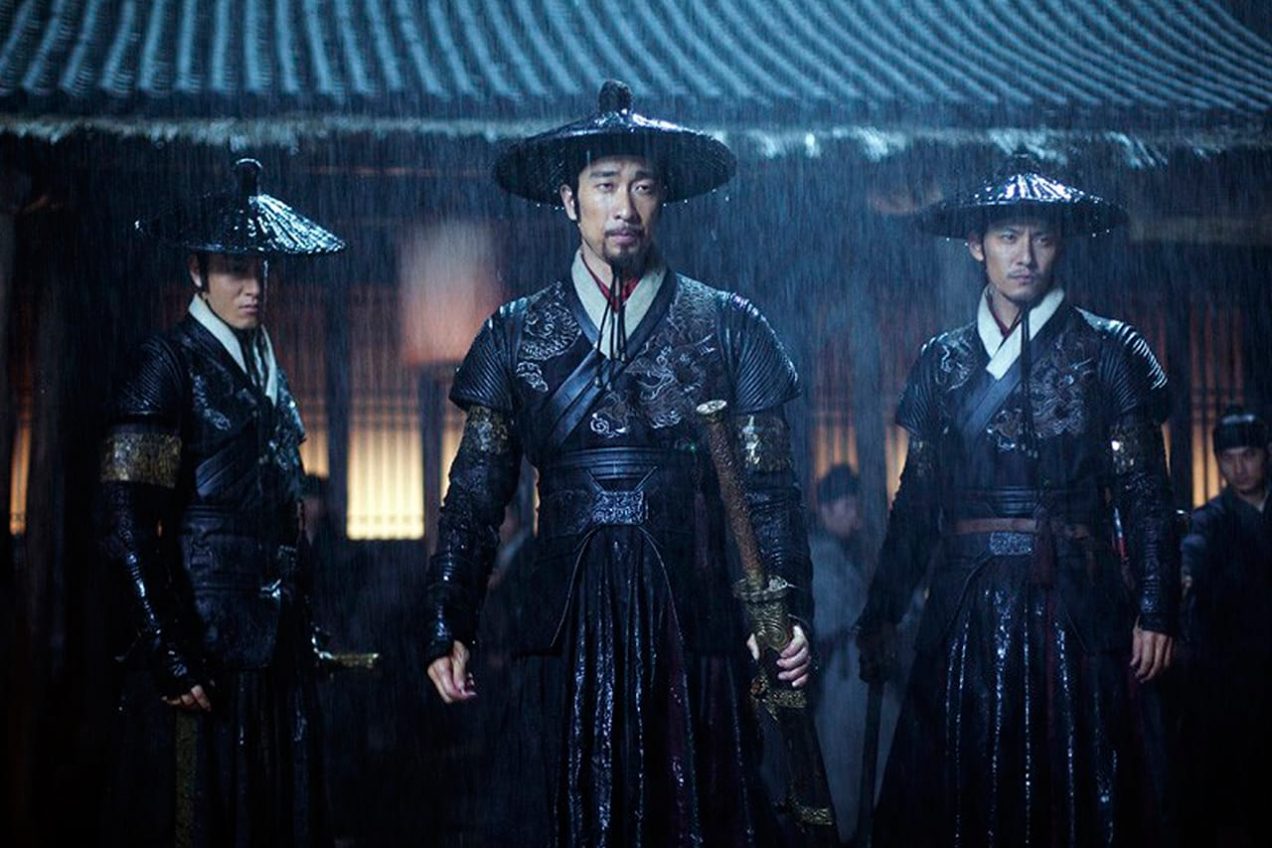 The setup is simple: a trio of assassins in Ming-era Beijing pursue a disgraced official with a price on his head, all the while staving off betrayals and backstabs from every direction. From this Three Musketeers-esque premise, Lu Yang delivers a frenetic and surprisingly complex tale, brimming with style and flashy filmmaking.

When the Emperor orders the execution of Wei Zhongxiang (Chin Shi-chieh), former head of the Imperial Assassins and leader of the “Clique of the Eunuch,” three grunts of the secret police are assigned the suicidal mission. Each of the assassins has his motive for accepting the task: Shen Lin (in a standout performance by Chang Chen) is hard-pressed for cash, Lu Jianxing (Wang Qianyuan) faces a determined blackmailer, and Jin Yichuan (Ethan Li) is pursuing a long-deserved promotion. Shen soon finds in the job an opportunity to solve each of their troubles, if only they can survive. The plot develops into a spiderweb of deceit, with the assassins under siege from Wei’s followers, street thugs, and even their own superiors.

Running counter to the barrage of thrills are quiet moments that explore the film’s two tangential love stories. Behind Shen’s apparent greed is a desire to buy the freedom of a courtesan (Shishi Liu), but she is not so eager to be bought. Meanwhile, Jin’s beloved, a local doctor’s daughter (Qing Ye), comes under threat from Yi Wei Zhou’s Ding Xiu. Ding’s suspicious connections to Jin provide some of the film’s strongest moments, and his character (whose design mixes gangster, beggar, and bandit) is one of Brotherhood’s best.

Brotherhood of Blades is an exploration of moral ambiguity, yet the script by Yang and screenwriter Chen Shu never falls into incomprehensibility. One of our trio is asked, “What are you exactly, good guy or bad guy?” By the credits, I still was not sure of the right answer. Doubt is cast on our heroes in the first few minutes (which are also the most confusing of the film), and that doubt persists until the bloody end. Yang and Shu never take the easy road of paint-by-number characters, and the effect elevates Brotherhood to an epic in the vein of Kurosawa’s action flicks. At times, I was reminded of Seven Samurai’s similarly grey morality and shocking character revelations.

Once the plot begins to pick up speed, the real heart of Brotherhood of Blades’s ingenuity is apparent: Yang’s flat-out dazzling direction. As the camera whirls and dances through each brutal swordfight, the film becomes a love letter to motion. Camerawork and editing is choreographed just as meticulously as the elaborate battles (keep an eye out for a spectacular courtyard bloodbath in the second half). A few out-of-place shots of swords and daggers flying at the audience seem better suited to 3D, but Yang’s eye for movement is overall a perfect match for wuxia. He pulls from a wide range of techniques (from slow-mo to POV and beyond) to give almost every sequence an interesting visual flair. However, a few exposition-heavy conversations occasionally pump the brakes on the film’s momentum and slow down the otherwise kinetic camera.

Yang’s direction is complimented by Han Qiming’s cinematography. The mostly nocturnal sequences are shaded in heavy blue and green tones to create a sinister mood that works wonderfully with the story of treachery and murder. Obsessively detailed set and costume designs further add to the effect, creating an experience that is immersive and entertaining for 106 minutes straight. If there is one nitpick to be had with the visuals, it is the questionable CGI use in wide-shots of period Beijing, which is oddly hazy and out of focus. The CGI blood spray is rather unconvincing, as well. These quibbles do little to break the experience. Add in Nathan Wang’s score (reminiscent Hans Zimmer’s work in the Pirates of the Carribbean series), and Brotherhood of Blades is a treat to watch.

Brotherhood of Blades is available now on DVD, Blu-ray, on-demand and download, courtesy of Second Sight.