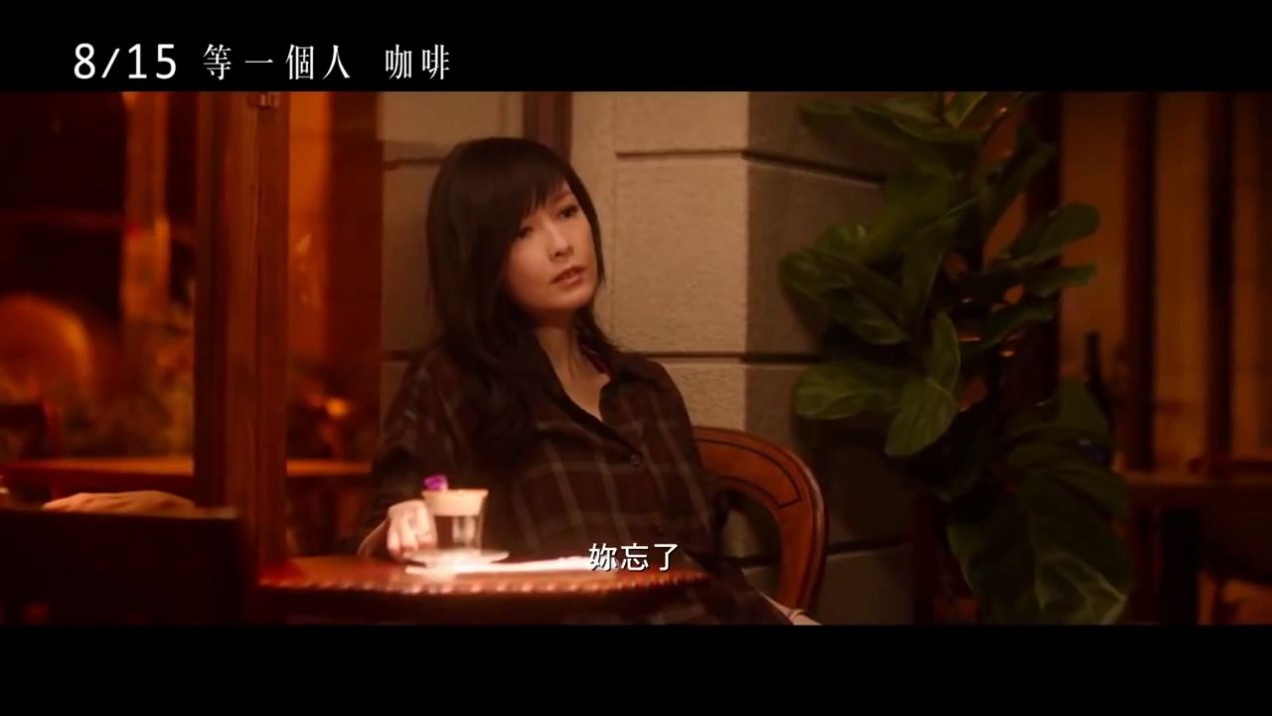 More quirky romance and innocent love from Giddens, following his hugely successful You are the Apple of My Eye…

Written and produced by Giddens (Giddens Ko), Café. Waiting. Love. is the second instalment in his romantic trilogy, based on his first novel and directed by Jiang Jin Lin. With its predecessor You are the Apple of My Eye having been a massive hit across Asia, setting box office records on its release back in 2011, the film unsurprisingly sticks closely to the same formula, revolving around a collection of good looking young people as they fall in and out of love and negotiate less than life-threatening problems in a coffee shop.

The film opens with newcomer Song Yun Hua as a young university freshman called Si Ying, who nearly gets hit by a bus, only to be saved by the good looking Ze Yu (Zhang Li Ang). She follows him to the titular coffee shop, where she meets the enigmatic owner (veteran singer Vivian Chow) and feisty barista A Bu-si (Megan Lai, Miss Ross) and decides to apply for a job. While working there she meets the wacky A-Tuo (Steve Bruce), a cheerful though odd young man whose ex-girlfriend A Bu-si apparently stole, and after an initial period of antagonism the two soon become friends. Inevitably their feelings deepen, despite Si Ying’s crush on Ze Yu, and when A-Tuo decides to go travelling the world, a difficult choice looms.

Café. Waiting. Love. should probably come with a health warning for any viewers averse to saccharine, as it’s a sugar-coated and unrepentantly cutesy experience from start to finish, with puppy-dog eyes beaming from pretty much every frame. Giddens certainly knows romance, and more importantly what the target audience wants to see, and the film plays very much to its crowd, delivering the genre goods and ticking all the requisite boxes. As it often is, destiny is the key theme here, with every coincidence (of which the film has many) having amorous meaning and with the many plot strands and relationship complications all being tied up neatly. There’s nothing dark or even particularly bittersweet on show, and though the film does work in its fair share of tears and melodrama, it’s an upbeat and cheerful affair with plenty of comedy en route to its predictably happy ending.

The film is a little odd in places, frequently bordering on the low brow or bizarre – Steve Bruce spends a significant proportion of the running time clad in a bikini, wearing roller skates and dragging around a large cabbage, which should give a good idea of the level of humour – though this works in its favour, adding a welcome dash of creativity. The fantasy elements don’t function quite as well however, Jiang Jin Lin overplaying certain devices which really don’t make much sense, in particular a recurring gag involving A-Tuo knowing he’s in love when he meets a girl who can give him the ability to magically make grilled sausages appear.

Though familiar, and never straying far from the well-worn romantic comedy path, the film is at least self-aware with its clichés and silliness, and Giddens and Jiang win points for giving the proceedings a pleasantly unpretentious air. Of course, most fans of the form probably won’t care too much about the lack of originality anyway, and the film provides good service as a piece of fluffy wish-fulfilment, and engages as a charming couple of hours of watching an attractive and likeable cast slowly but surely realising who loves who and why. Though essentially a mishmash of anecdotes and daft narrative tangents, the film is nevertheless coherent and solidly crafted by the standards of its type, and Jiang ensures that it maintains a bright and breezy feel throughout its slightly overlong running time.

While there’s not much point in recommending Café. Waiting. Love. to anyone not enamoured by the works of Giddens or who doesn’t enjoy insubstantial fantasy romantic comedies, it should definitely go down well with its target audience. Light-hearted, fun and without a mean bone in its body, it’s a worthy follow-up to You are the Apple of My Eye and does just about enough to offer fans something slightly different.

Café.Waiting.Love is available through YesAsia and screens at the New York Asian Film Festival 2015 on Thursday 9 July.