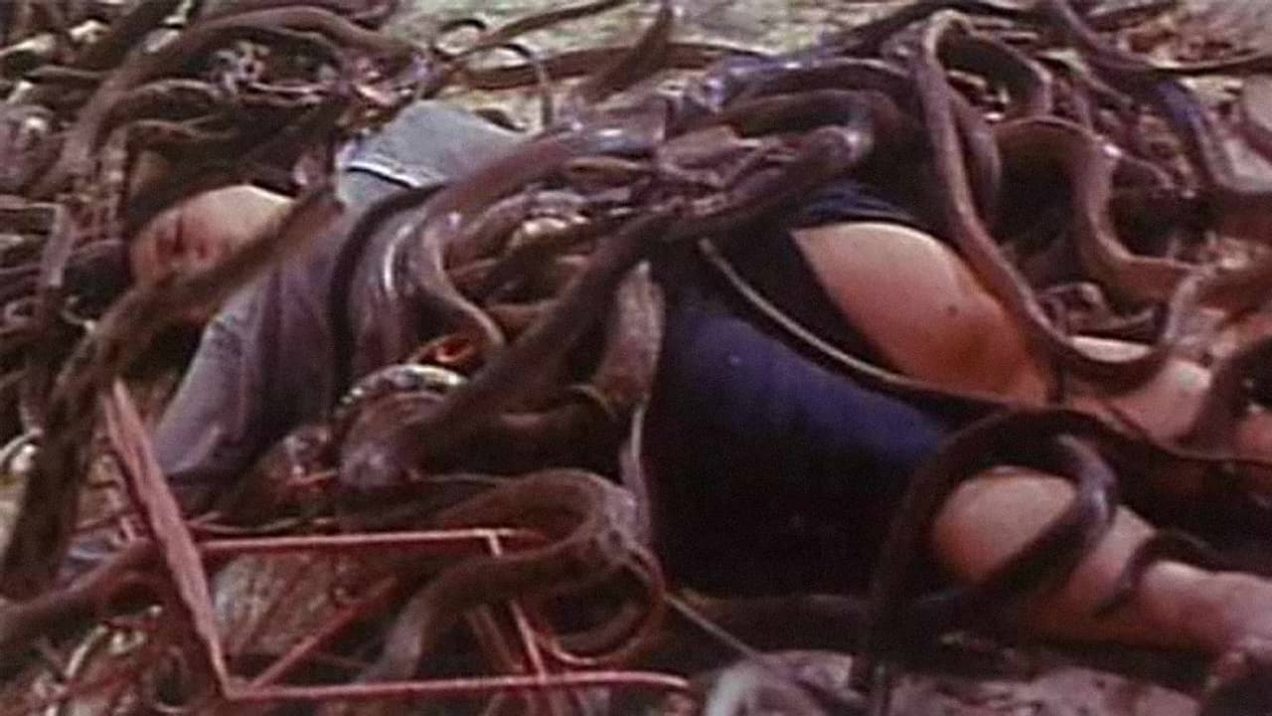 Even in the wild world of Category III and exploitation cinema, there are a few films which have built a reputation over the years for being particularly crazed or gruesome, being hard to track down even in the internet age. To be fair, in most cases this does turn out to be simply down to obscure, low budget films with outrageous poster art not having ever been widely released outside their native regions (or even domestically) rather than due to them having been controversial, though a handful of them are potentially worth the effort in tracking down. 1983 Hong Kong Taiwan shocker Calamity of Snakes is one such film, which some dedicated exploitation fans will have heard of, but which has never really been officially available widely in a decent release, and which exists in a number of different forms – in the name of full disclosure, this review is based on a badly dubbed US release by Brentwood from many years back.

The film is set in Taiwan, and opens with the construction of a fancy new apartment building being delayed by the discovery of a big pit of snakes in the foundations – although the architect protests, the boss takes matters into his own hands and kills them using a forklift truck. Though the construction pushes ahead, snakes keep turning up on the site, including a vicious boa constrictor, forcing the boss to turn to a martial arts snake expert and some mongooses for help. After the building is finished, the grand opening is interrupted by the appearance of a huge number of snakes, which run, or slither, amok, attacking all the guests and residents. 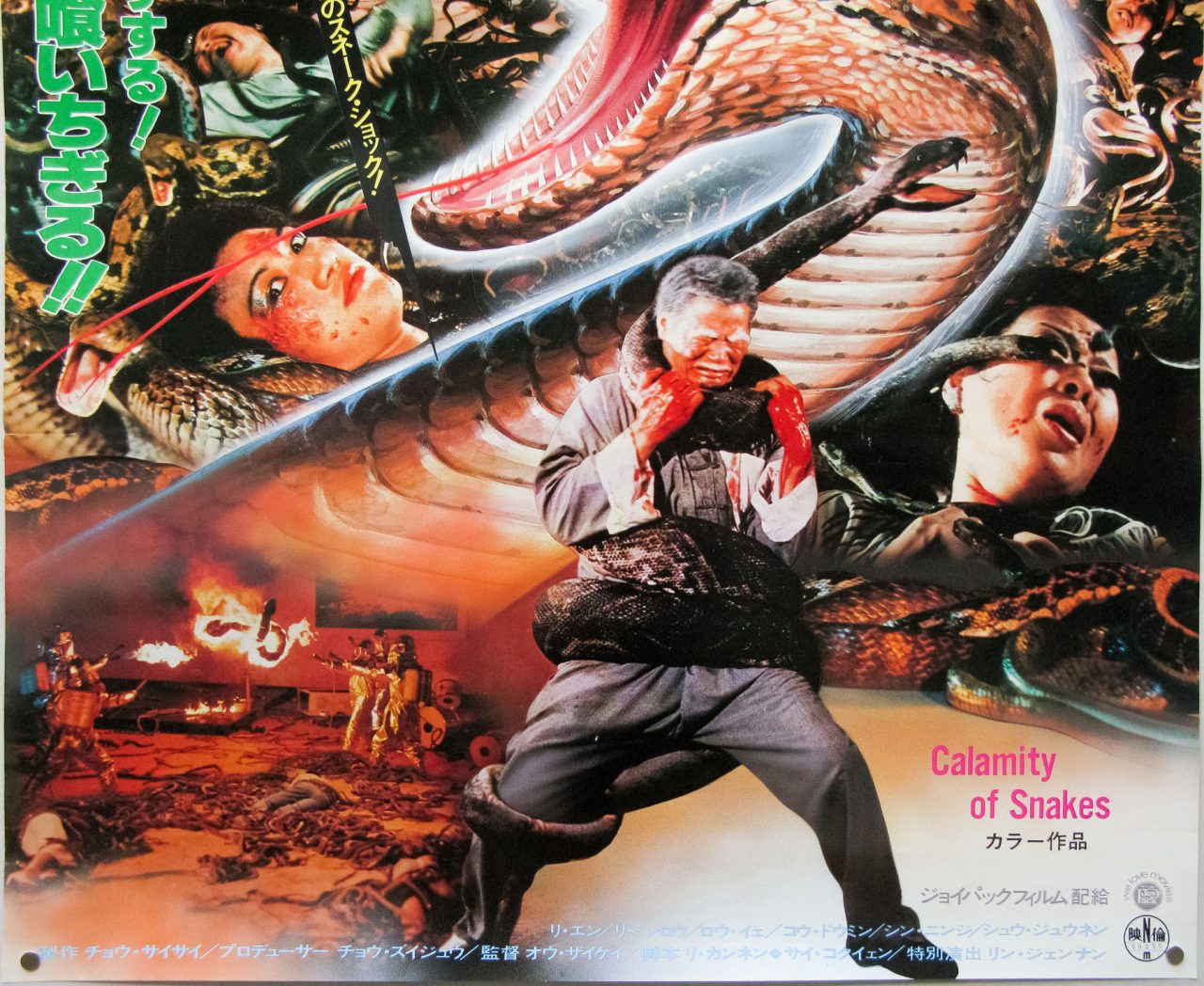 Calamity of Snakes was directed by William Cheung, who also helmed Bruce Lee knockoff The Story of the Dragon, and who produced The New Mr. Vampire, and the film certainly lifts from a long list of more respectable efforts, coming across as a weird mix of Jaws and The Towering Inferno. For viewers with a taste for shlock, the film has a huge amount of madness to offer, with its flimsy plot being an excuse for a series of vaguely connected snake attack set pieces, building up to an impressively over the top finale involving thousands of real snakes. While the human brain can only take so much snake action, and while none of it makes even a lick of sense, the sheer bizarreness keeps things entertaining, with the snakes boldly attacking victims en masse on the construction site, in the bath, at a disco, and even during a mah-jong game – the film isn’t big on explanations, though this only adds to the fun.

The insanity peaks during a number of notably deranged sequences, chief amongst which are the long mongoose vs snake duel, backed by upbeat pop music, and the awesome scene involving the snake master taking on the boa constrictor in a martial arts battle – both really need to be seen to be believed, and the film is probably the only to feature a snake capable of kung fu. Cheung’s direction is hilariously zoom-happy, and he throws in lots of Category III level blood and sleaziness, along with lashings of lowbrow Benny Hill style humour, including a series of running gags involving an overweight woman.

On the downside, what’s quite understandably likely to be a deal-breaker for many is that while Calamity of Snakes boosts its ickiness factor by featuring real snakes, this means that it also packs in a disturbing amount of real snake death, from live snake bladder removal through to shots of snakes being hacked up in slow motion. Cheung really seems to be celebrating snake destruction, and the film is very hard to watch in places, crossing into full-on Mondo territory in genuinely distasteful fashion. While the early 1980s were crazier times for exploitation filmmaking, there’s no getting around how shocking this is likely to be for most viewers, and the film’s gleeful animal cruelty leaves a bad taste in the mouth.

It’s a shame, as Calamity of Snakes is a great deal of unhinged fun in places, and one of the most demented Asian exploitationers of the period, with the sifu vs boa constrictor scene being an all-time classic. Only viewers unperturbed by snake massacring should really apply, though even if the full film is a bit of a bridge too far, it’s well worth checking out a few choice clips.