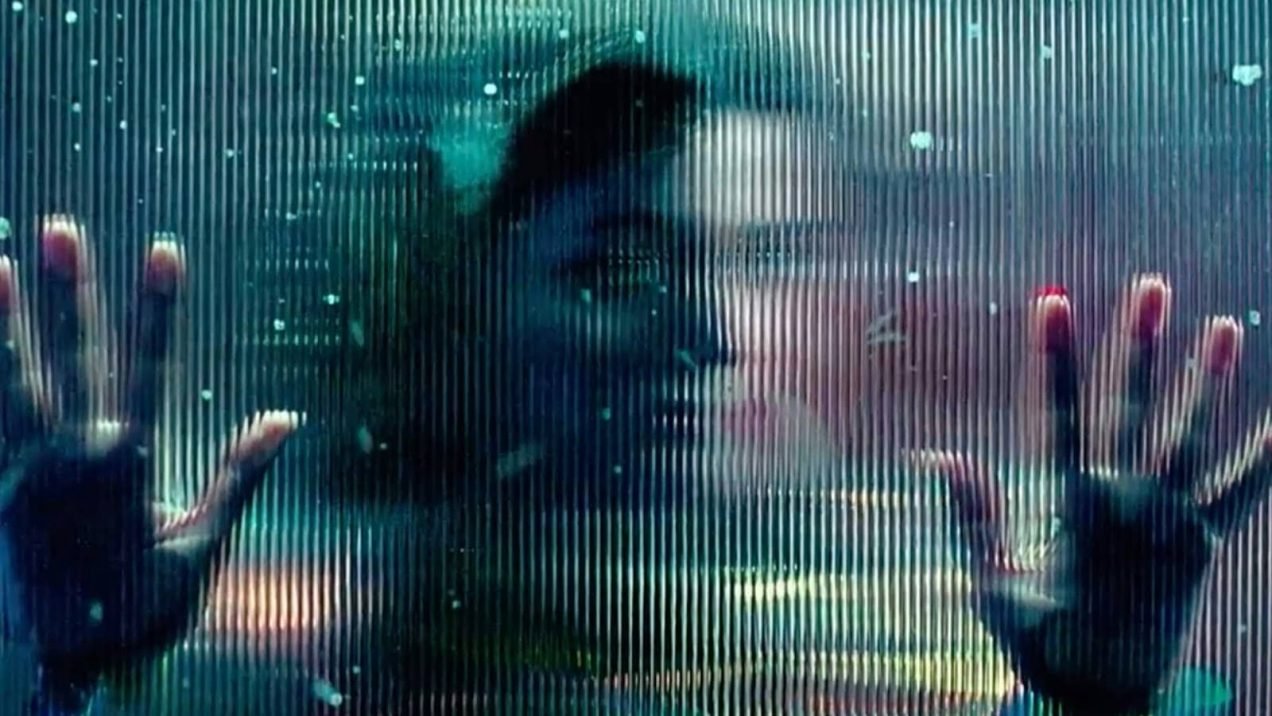 A sombre history of a vengeful man told in reverse, from the near future to the past…

Writer/director Ho Wi-ding shifts from the comedies he’s become known for, such as Pinoy Sunday, The Biggest Toad in the Puddle and Beautiful Accident, to a rather bleak tale of a rancorous man and the key moments in his life that brought him to this point. The film premiered in the official selection at the 2018 Toronto International Film Festival, where it won the Platform Prize. Ubiquitous Jack Kao (Gatao 2: Rise of the King, Wild City), Lee Hong-chi (Thanatos, Drunk, Long Day’s Journey into Night) and Hsieh Chang-ying play the man at different ages, as the film moves back in time in a triptych of pivotal days.

In the first, we find a dystopian vision of an Asian city of the near future where every step is scrutinised via chips implanted in the wrist of every member of the population. If such 24/7 surveillance wasn’t commentary enough, with find Zhang Dong Ling (Kao), a sixty-something man full of rage in a world that sees suicide as a sin but wants to keep the elderly in a well-behaved bubble. Picking fights with his married-in-name-only wife Yu Fang’s (Liu Juei-chi) salsa partner and trying to come to terms with their estranged daughter (Shin Yin) bent on moving away. Obsessed with a prostitute (Louise Grinberg, 17 Girls, The Prayer) who reminds him of a girl he once knew, he sets off on his quest for vengeance spiralling from events some thirty years before, for which there can no good outcome.

Those events come to light in the middle section, where we find Zhang (Lee Hong-chi) in the present, a conscientious police officer who meets Ara (Grinberg) shoplifting in a fashion store. When his wife’s (Huang Lu, Suburban Birds, A Yellow Bird) infidelity with a colleague threatens to unravel his life, his dreams of escaping it all with Ara. In the last sequence (in reality the first), we find the reasons that set him on course to be a police officer. A teenager (Hsieh Chang-Ying) at the crossroads of the life ahead of him, having run into trouble for attempting to steal a scooter. At the police station, he meets mob boss Big Sister Wang (Ding Ning, Girlfriend Boyfriend, Once Upon a Time in Triad Society), who he discovers he an unexpected connection to.

The idea of the triptych will no doubt bring Jia Zhangke to mind: his last two films Mountains May Depart and Ash Is Purest White both used the same technique, though sequentially. But if anything, Ho Wi-ding’s film is closer to Lee Chang-dong’s Peppermint Candy, both in structure and tone, where major events in Korean history influenced his central character’s tortured soul. There Lee used the same actor, Sol Kyung-gu, to help audiences keep track of the character, even though that caused a certain awkwardness in his younger years. Ho instead gives Zhang a birthmark, though – at least in the first segment – doesn’t seem too bothered in keeping his audiences with him. We have still to learn exactly who these people are and what motivates them, and Ho only muddies that further by dazzling us with this grungy futuristic world, obviously influenced by the likes of Blade Runner, that has so many ideas packed into it.

It’s easy to see how this might have captured the imagination of those watching the film, but this feels like the weakest part, despite a strong performance by Kao. The effects are decent, but a little fuzzy in places, feeling like the films is overstretching itself with these components visually. That this future reflects the misogynistic gaze of Denis Villeneuve’s Blade Runner 2049, however much you can argue it’s a valid viewpoint – and I agree with The Handmaid’s Tale notion that a shift in society does not take much – doesn’t help, especially when one scene at a brothel uses a needless underskirt shot.

Thankfully the middle section brings together these elements as a betrayed Lee begins his infatuation with Grinberg. Lee once again proves an engaging lead since his feature debut in Chang Tso-chi’s Thanatos, Drunk, and one we need to see more of. The leaps between these sections feel like one of the films flimsiest aspects. They seem sudden and only help to disorient you more, when perhaps a more obvious change or playful transition would have helped you keep track.

The most straightforward of all the segments, it’s the final one that proves the most poignant, thanks largely to a standout performance by Ding Ning who rightly won Best Supporting Actress at the 55th Golden Horse Awards for her role. Ding brings a much-needed warmth and humour to the film, creating a well-rounded and believable character to who, like Zhang, took a turn she did not expect. Throughout Jean-Louis Vialard (17 Girls, Tropical Malady) cinematography finds a whimsical eye that lends an aesthetic not unlike Wong Kar-wai, though easily at its strongest when not having to contend with post-production visual effects.

Cities Of Last Things leaves us with its warmest, most affecting moments, having begun in the cold distance of the future. Undoubtedly a repeated viewing will help understand those initial events, but that in itself rather undercuts the reverse narrative device. The film is effective, full of interesting ideas, and saved by some outstanding performances.

Cities Of Last Things screened as part of the 12th CinemAsia Film Festival 2019.