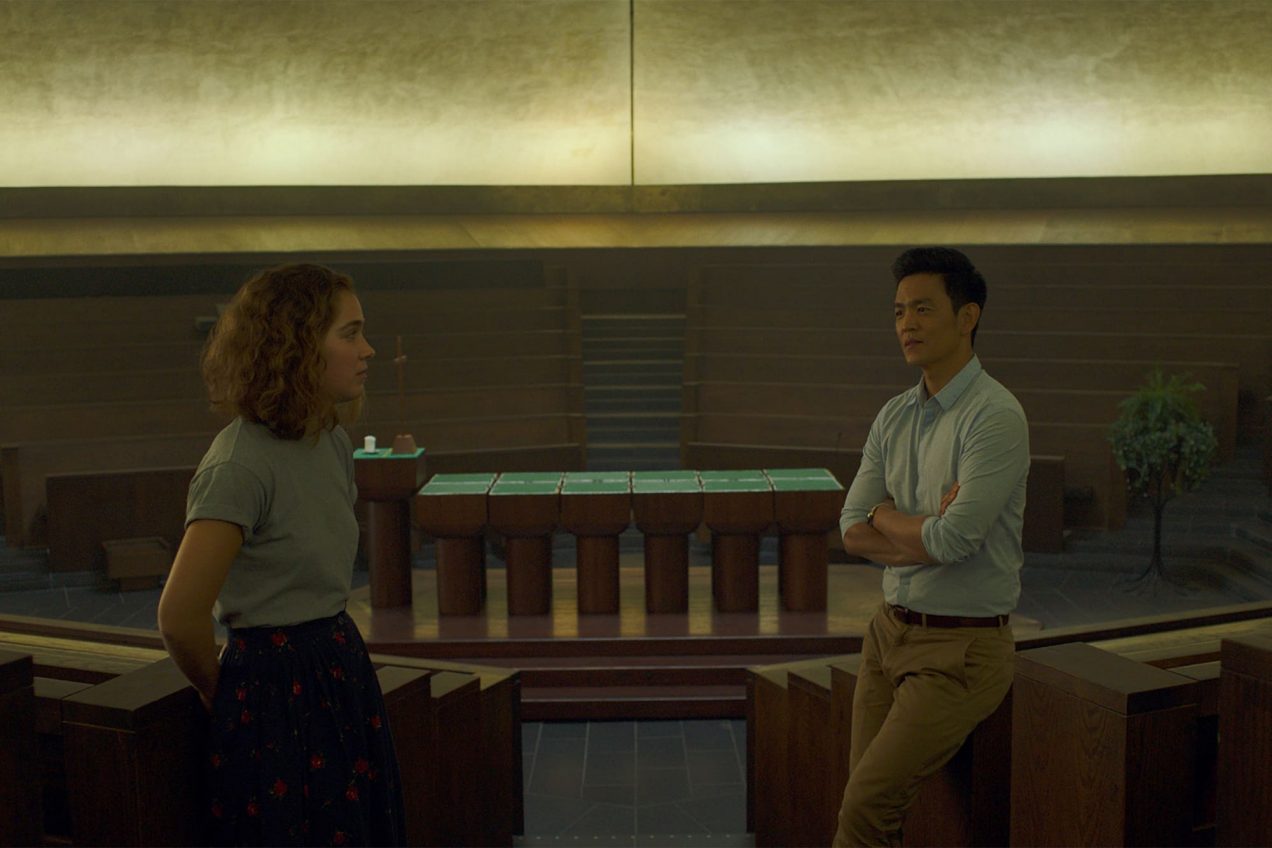 All buildings and relationships have a solid foundation, and this film has a durable and beautiful one…

In my many reviews about romance films and dramas, it may be fair to assume that I’m not really a fan of either genre, but the truth is I am a fan of those, especially with projects like the Before films by Richard Linklater, the many filial dramas of Hirokazu Koreeda, the down-to-earth films by Isao Takahata and so on.

The main ingredient that is needed for such films is the human connection. We need to have something at least plausible to cling on to, which can help us relate to the characters. Even in stories that revolve around something that very little have foreknowledge on, (like in the case of the film up for review: architecture), that connection is essential in succeeding as a compelling drama. Does Columbus succeed in that regard?

The film starts off with a renowned architecture scholar going on with his day, examining and ruminating the buildings in tow. But suddenly, he falls ill and Eleanor (Parker Posey), his assistant, contacts the scholar’s son, Jin (John Cho) to come visit him in Columbus, Indiana, which is famous for its modernist buildings.

While being stuck between a building and a hard man, he comes across Casey (Haley Lu Richardson), a library worker and architecture enthusiast who dreams of leaving Columbus to pursue her dreams but feels she is held back due to her troubled, but loving mother (Michelle Forbes). Together, they explore the many buildings in the town as well as themselves, becoming more intimate as they go along.

If there’s one thing to say about this film, it’s that it is very soft-spoken. Visually recalling the work of Yasujiro Ozu, who has made films like Tokyo Story and An Autumn Afternoon, which are contemplative and deal with relationships, director Kogonada uses architecture as a backdrop, which lends to some beautiful scenery, captured crisply by cinematographer Elisha Christian.

The architecture in the film is basically shown as a group of characters themselves. Small actions from the characters like smoking a cigarette or taking a phone call are amplified due to the architecture design, like an iron fence, but throughout the film, the architecture might not also separate them, but could also bring them together.

Kogonada, who also wrote and edited the film, clearly has an ear for conveying human interactions on-screen, recalling films like Lost in Translation and Richard Linklater’s Before Trilogy. None of the dialogue sounds fake and the editing is minimal, which lends an easy leeway for the audience to empathize with the characters as well as feeling like voyeurs, listening to their interactions.

Even in emotional crescendos, Kogonada dials back by showing the characters at a distance or in one scene, dialling the music down to the point where we can only hear the character’s turmoil through sound, not dialogue. In other words, his characters converse and are portrayed as real people. But are they portrayed well enough by the actors?

John Cho is basically an acting veteran, who is famous for being in the recent Star Trek films, the Harold and Kumar films and recently, a recurring role in The Exorcist TV series. Here, he has never been given a solid chance to play a leading man and he does a great job as Jin, conveying the character’s conflicting moods of expectations, regret and anger convincingly, with warmth and understanding. In one scene, in particular, he basically role-plays his father. A cinematic trope that has been in many films, even in wuxia films where one would dress up like the one they love, sometimes love involves imitation and Cho nails it.

Parker Posey, who usually plays perky and slightly unhinged characters (in a comical fashion) is surprisingly and likably down-to-earth as Eleanor, while Rory Culkin lends good support as the friend of Casey.

But the real standout is Haley Lu Richardson. Showing promise in supporting roles of films like The Edge of Seventeen and Split, the newcomer proves herself to be a wonderful actress playing the role of Casey. With her character basically growing roots in her hometown, convincing herself that she’s fine the way she is, Richardson has to convey the many emotions brimming in Casey and she does it soulfully and gracefully.

Cho and Richardson share palpable chemistry together that it almost feels immediate as soon as they first meet. But the real wonder of the film is the gradual foundation of their relationship. Just as how they view the architecture, they view each other basically from face value but they never really say how they feel. But throughout the film, their feelings become more prominent and it explodes off the screen better than any pyrotechnic could.

Overall, Columbus is a fantastic directorial debut for Kogonada and a great showcase for its two leads, John Cho and Haley Lu Richardson. It is said that that with any building or relationship, a good solid foundation is needed and in the case of Columbus, it is a beautiful foundation indeed.