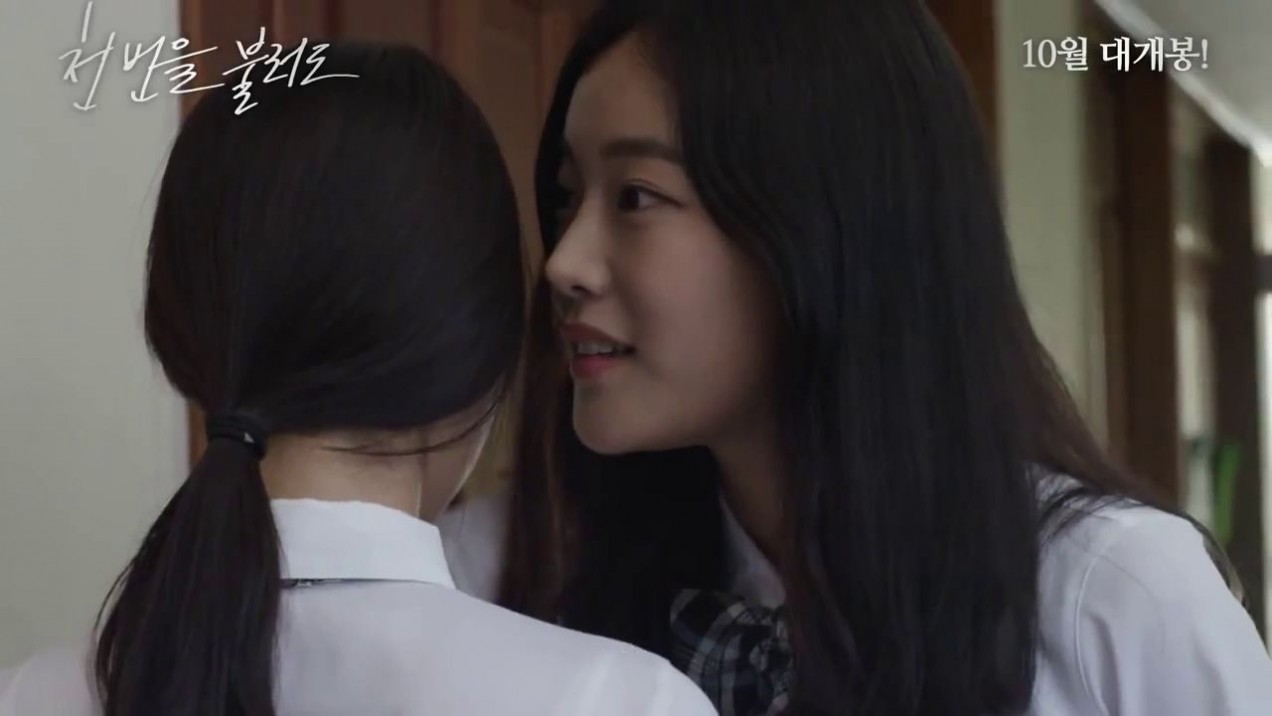 Films about the prominent social problem of bullying have been becoming more common in Korean indie cinema of late, as seen by the likes of Pluto, Thread of Lies, and Lee Su-jin’s stunning Han Gong-ju. Based on a true story, first time writer and director Shin Sung-sub’s Compassion is the latest addition to the playing field, following an unfortunate young girl whose life unravels, pushing her closer and closer towards the edge.

Lee Chung-mi (from drama series Endless Love) stars as Hana, whose peaceful daily routine is shaken up when her classmate Jin A kills herself by jumping from the school roof. Hana’s own life seems to be following down the same dark path when problems at home with her warring parents lead to her making a series of bad decisions that leave her at the mercy of some particularly unpleasant bullies. Increasingly feeling like she has no way out, she finds herself an outcast at school, with only a kind teacher called Kim (Jung Min-sung, Hide and Seek) and fellow loner Dae Hyun (KimChoi Yong-Joon, Han Gong-ju) trying to convince her not to take desperate action.

Although its plot and themes are very similar to Han Gong-ju and others, Compassion does take a different angle to the bullying issue, Shin Sung-sub focusing on possible solutions for preventing the suicides and self-harm which such films sadly often end in. Like Lee Joon-ik’s child abuse drama Hope, the film deals primarily with the rebuilding of trust and normal human relationships following traumatic incidents, in this case through Hana being persuaded to attend a healing group by teacher Kim and to join Dae Hyun in song writing and singing. The film’s message is a strong and worthwhile one, and a very appropriate alternative to angst and self-destruction, never pulling any punches or pretending that its potential route to salvation is either easy or always likely to work.

The other main difference here is that Hana’s problems are arguably at least partly on her own shoulders, with the situation she finds herself in being very much avoidable. This makes Compassion considerably more realistic and complex than it might have been, and a horribly believable depiction both of bullying and victimisation, and of the sense of confusion felt by young people. Hana’s deterioration is all the more shocking and painful to watch for the fact that she starts the film as a perfectly normal girl, happy and out-going, until conflicts at home with her hypocritical parents slowly but surely undermine her confidence.

Thanks to a very strong, convincing performance from Lee Chung-mi, Hana is a multi-layered figure rather than a straightforward tragic heroine, and the film wins points for not mining her plight for too much melodrama. Shin never pulls any punches, and furthers the air of realism by seeing awkwardness everywhere, Dae Hyun being a troubled boy himself, and Kim being largely impotent and unable to help, haunted by past failures and powerless outside the classroom. While the plot touches on faith and religion, this is largely left as a background concern, and Shin wisely goes for a more generally humanistic approach, the film being more moving and feeling more genuine as a result.

Compassion does have its issues, in particular a mawkish soundtrack which takes away from the raw drama of certain scenes, and it compares unfavourably on a technical and narrative level to Han Gong-ju, which will inevitably be the main point of reference for most viewers. However, it still manages to hold its own against its similarly themed peers, and Shin Sung Sub successfully offers another thoughtful and emotional look at the tangled and tortuous subject of bullying and its dreadful effects on young people in Korea.

Compassion is available via YesAsia.