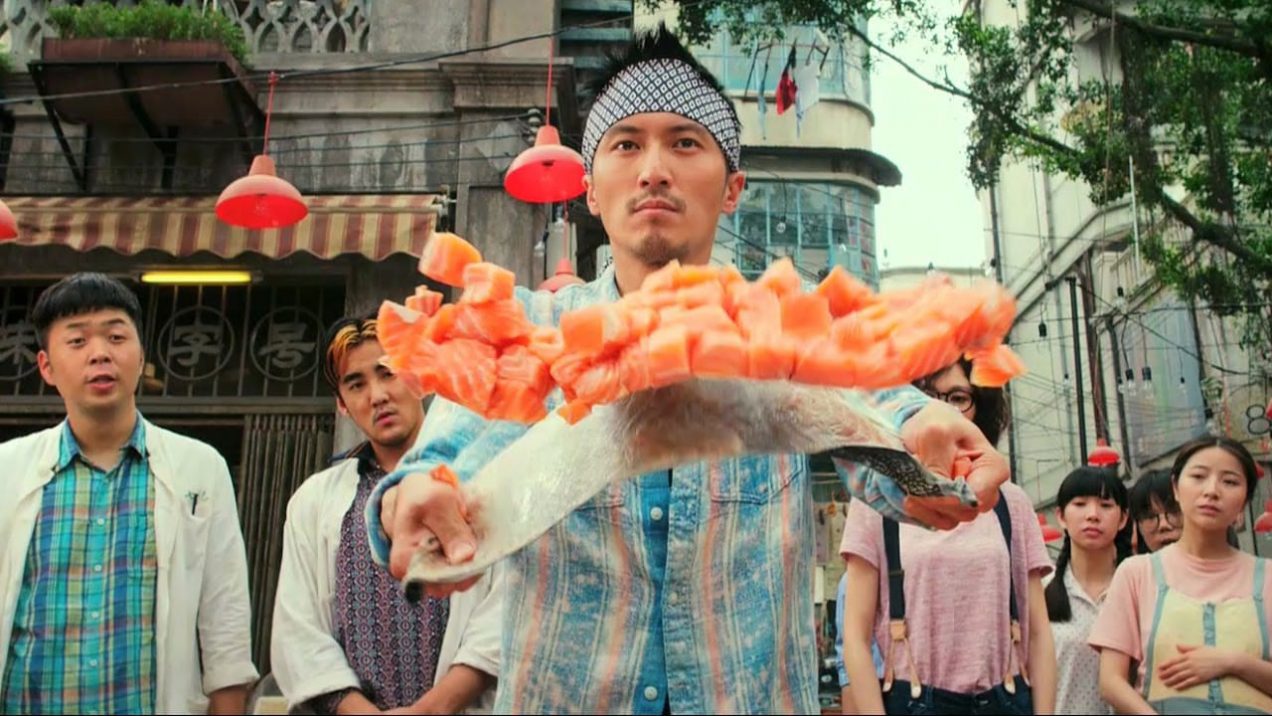 It is a tale as old as the Journey to the West, as ancient as time. The eternal conflict between tradition and innovation in contemporary China has again struck Asian screens in the shape of Raymond Yip’s food-porn melodrama Cook up a Storm, a Chinese-Hong Kong co-production focused more on mainland viewers and themes.

The story begins in two distant locations, first in Spring Avenue, where the 30 years old restaurant Qijing is hosting a TV crew from the popular programme Chef Please, with their cameras set on Sky Ko (Nicholas Tse, The Beast Stalker, Shaolin), a young and talented chef showing off his skills in Chinese traditional cuisine.

Having tasted with our very own eyes the smell of Sky Ko’s dish now we fly to France, in a restaurant where Paul Ahn (TV Korean star Jung Yong-Hwa in his film debut) is enjoying his usual dose of congratulations for his great sense of beauty and ability to merge past and future with a blend of technology and food. And now his 3 Michelin stars are going to Spring Avenue.

Working both in Hong Kong, Paul Ahn and Sky Ko have their restaurants facing each other, the first trying to bring a western way of life in one of the few traditional neighbourhood in Hong Kong, the second battling for a regular place in a society proud of its past. What else? They’re both contestants in the International Chef Challenge Competition.

It’s pretty easy to understand where this is all going, tradition and innovation will have to find a way and learn to co-exist… usually with a larger percentage of traditional elements, so to avoid the perilous western influence. It’s hard to avoid the political subtext, yet it’s actually really hard to refer to it as subtext since Cook Up a Storm is mainly that.

But we could bear it with ease if Yip’s film would have been better crafted. Cook Up a Storm looks like a classic feel good story when it officially takes off with the imaginary and real competitions in the streets between Sky and Paul, however, some of its subplots fill the film with useless and styleless scenes that destroy the whole picture.

Each character has its own. Sky Ko is Mountain Ko’s only son, the two times winner of the International Chef Challenge Competition, the God of Cookery (a title that I can’t help to link to Stephen Chow’s comedy masterpiece), a man who doesn’t want to have anything to do with his child because… he could not properly cut green onions. Seriously?

Paul Ahn’s “backstory” is pretty much similar, with him being the son of the best kimchi cooker in South Korea and now wants to meet and beat his idol, Mountain Ko. But his road to success from Europe to China years by years has accumulated a bag of filth that will inevitably create an obstacle between him and his dreams.

Another element that pulls Cook Up a Storm to the floor is how Raymond Yip’s edited the cooking scenes: none of the actors can be seen cooking, they’re really good in cutting vegetables and meat but when it comes to do more than that a huge close-up comes in and everything resembles more a commercial than a feature film. And it’s a pity. It’s more or less like watching a martial arts film where you’ll never see the main actor doing his stunts, only details of his punches and kicks hitting the adversary. You’ll feel the action, but it will never look real nor correctly attached to the story. And that’s why the tension falls at the end, where all the cooking mastery should have reached its peak.