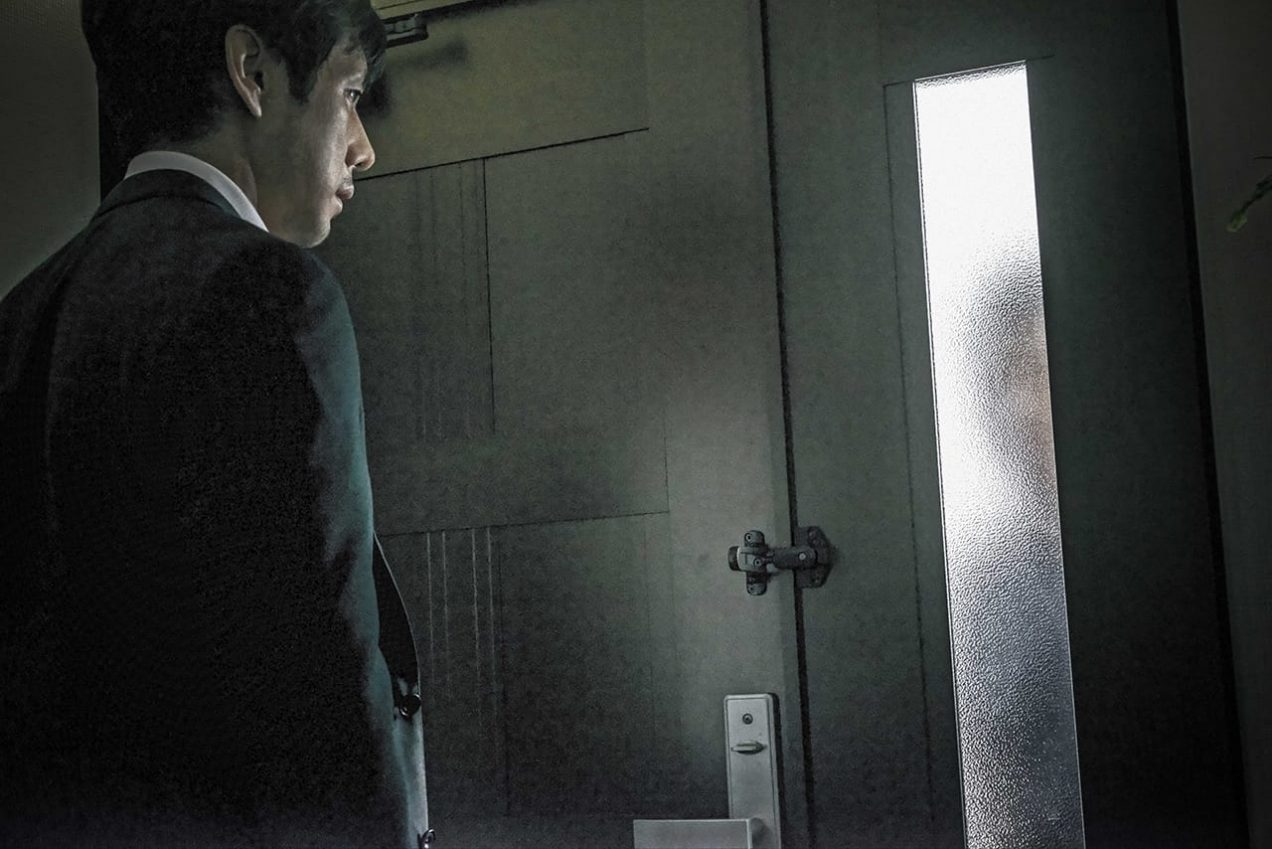 The return of Kiyoshi Kurosawa truly lives up to it’s name in outer city suburbia, do you really know your neighbours?…

Creepy is the return of Kiyoshi Kurosawa to genre filmmaking, but the question is, does it live up to its name? A mystery crime drama involving an ex-detective and his slowly disintegrating family life, along with a fruitless search to get to know his neighbours better (A mystery horror movie that involves getting to know your neighbours? Moving back to where you came from is a better idea…). I think we’ve all got a good idea of where this film is going now, but before we get into the review, I’ve got one big warning…

DON’T WATCH THE TRAILER!!!!!
Seriously, go into this film blind – the trailer is a massive spoiler for the whole plot!

Creepy is based on a novel by Japanese author Yutaka Maekawa, and it surely lives up to the moniker of it’s own name. The film starts by following detective Kochi Takakura (Hidetoshi Nishijima) interviewing a young serial killer, but he quickly escapes and a hostage situation erupts in this exhilarating opening scene.

We fast-forward seven years and Takakura now lectures at a University after having moved to the suburbs, and it’s here where the mystery of the film truly comes into it’s own, with the lack of broad urban landscapes to contrast the sense of alienation, instead we are presented with the disintegration of a family amongst the peace and quiet of suburbia where not knowing your neighbours is a very real and dangerous paranoia. This then, is where the film and director Kiyoshi Kurosawa thrive, in small cramped sets where characters are lulled into a false sense of suburban security and know nothing of the people around them.

It’s all too easy to see how the plot of the film itself may transpose to real life, in situations of big busy cities where characters are intrinsically focused more on the interactions in their day-to-day lives than their evening ones. The characters themselves are a perfect compliment on screen, with Hidetoshi Nishijima in the main role as the brooding ex-detective, or his reserved wife Yasuko (Yuko Takeuchi, who was in the classic Ring film) who isn’t taking well to suburban life. Then there’s the weirdo next door Mr Nishino (Tokyo Sonata’s Teruyuki Kagawa) who is the eponymous nature of the film in character form, and a delight to watch on screen with his awkward social interactions and bedazzling rapidly changing facial expressions. Kagawa brings light into Creepy, playing the best Japanese Norman Bates that we’ve ever seen on screen.

The film itself is beautifully shown, with the lighting of Akiko Ashizawa playing a standout role in making the film suitably gloomy and uncomfortable to watch, even in casual scenes such as having dinner in the family home. Cluttered enclosed sets give a truly stifling feel to the narrative, which is contrasted with the zany moments of humour that crop up through Kagawa’s sinister acting, or (the downfall of the film) the pure ineptitude of anyone on a position of authority. The standout star of Creepy is the ambience itself, a complete lack of background music, and in some scenes a lack of noise itself, makes all the better for sinister watching and to raise the hackles on your clammy palms. The characters are all great, and whilst there is a broad selection of tertiary cast members the only ones to focus on here are the couple and the neighbour.

This isn’t to say that Creepy is a perfect film, and whilst Kagawa has a wife that we see about as much as the Bates mother in Psycho, the body count is a lot more drastic than in Hitchcock’s film. The action is ramped up quite a lot towards the end, and director Kurosawa’s disheartened nature towards gore is evident as there are few cringing or repulsive moments. The last-moment revelations of whodunnit, the escalating body count from previous unsolved cases and missing neighbours in their suburb (and the local police force), and the actions of Kagawa’s non-adopted schoolgirl daughter in the film all cause an air of mild confusion. Too much comes all at once, and the film becomes less Creepy and more ‘Top-heavy’, with a big pile of plot dumped in the last 20 minutes making the final act seem out of place when the whole film has instead been a slow lingering burn, with a focus instead on ‘little narrative but good’.

I wish I could rate Creepy the highest, if only for the performance of Kagawa as the sinister neighbour, but fewer things are harder to overlook than a complete tonal change in the last act (which clashes with the rest of the film, and destroys that which makes the film so good) and inept authority figures, the latter is a big annoyance for me as it’s just a pure cop out in scripting. Overall, Creepy is great, go watch it, avoid the trailer.