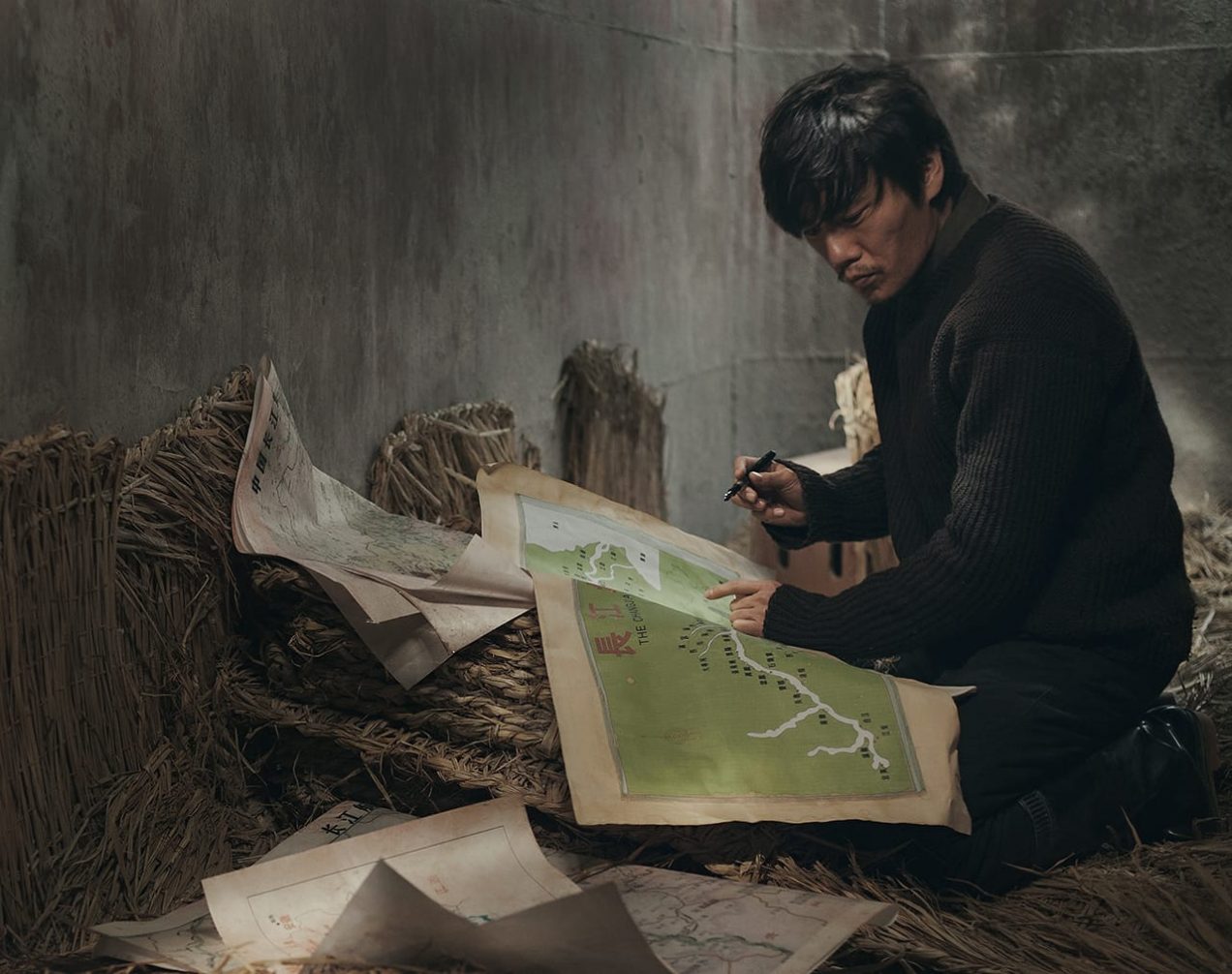 Masterful cinematography from Mark Lee Ping-Bing, but is Yang Chao’s film more than a gorgeous slideshow?…

Having Mark Lee Ping-Bing in a film is a guarantee for visual prowess, and the Taiwanese cinematographer stays true to his fame with Crosscurrent, which has already won a Silver Berlin Bear for Artistic Contribution and a Golden Horse award for Best Cinematography. However, and although the film is gorgeous visually, something seems to be lacking.

The rather abstract script “focuses” on Gao Chun, the captain of an old boat who sails upriver the Yangtze, towards the Three Gorges Dam, carrying an illegal cargo, forced on him by Luo Ding, a mafia man. Having inherited the boat from his father, Gao Chun does his work unwillingly, and his focus lies in a book of poems he discovers on board, and An Lu, a woman, whom, in utter surrealistic fashion, he meets in every stop he makes during his path, only to find that she is younger every time. These stops include Tongling, a semi-abandoned island submerged, and an ancient pagoda, which functions as a Buddhist temple. The ship crew also includes Uncle Xiang and Wu Sheng, another family member, although the three of them rarely interact.

Let us start with the obvious. In terms of cinematography, the film is a masterpiece. Lee spent six months on a moving ship in order to capture the realistic feel of a boat sailing on the Yangthzhe River and the result justifies his efforts completely. The various locations are all shot with an elaborateness of epic proportions, with each image being perfectly shot and presenting pictures of extreme beauty. The fact that this trait extends to a plethora of locations, shot in different seasons is a testament to the quality of the work done.

Tao Fang and Zhiyu Hao also won a Golden Horse Award for Best Sound Effects, and their work is also impressive, in the various settings the film takes place. The quality of their work finds its apogee in the Buddhist pagoda, where Gao Chun hears echoes of a dialogue between a woman and the monk who takes care of the temple, without realizing where they come from, as the sound changes according to the part of the pagoda he is in. The soundtrack by An Wei is also very fitting to the general aesthetics of the movie, with its dark and ominous cello sounds.

Despite its technical prowess, the films lacks in terms of narrative. The various scenes, although very beautiful, seem somewhat disconnected from each other and from a central idea, functioning more like a tour guide or a slideshow than an actual film. I found the fact that the film actually includes a scene with a group of tourists on a tour guide almost ironic. Kong Jinlei and Yang Mingming do a very nice job editing, retaining the slow, dreamy pace of the film, but the sense that Crosscurrent is not exactly a movie, remains. Furthermore, the showing of the poems on screen seems rather pretentious after a fashion, as Yang Chao’s resolve to shoot an art-house film becomes more than evident, and even tiresome, at some points.

Qin Hao (Blind Massage) as Gao Chun has very few moments to shine, as his role is rather laconic; although the scenes in the pagoda and the final one are quite good, in their minimalism. The same, more or less, applies to Xin Zhilei who plays An Lu, with the different aspects (and ages) of her character presented through narration or visually, instead of her actual performance.

Crosscurrent is, definitely, worth a watch, since it is a very beautiful spectacle, but one should bear in mind that it functions more like a collection of images rather than an actual film.

Crosscurrent screens on Friday 5 May at the BFI Southbank as part of the 2017 Chinese Visual Festival.