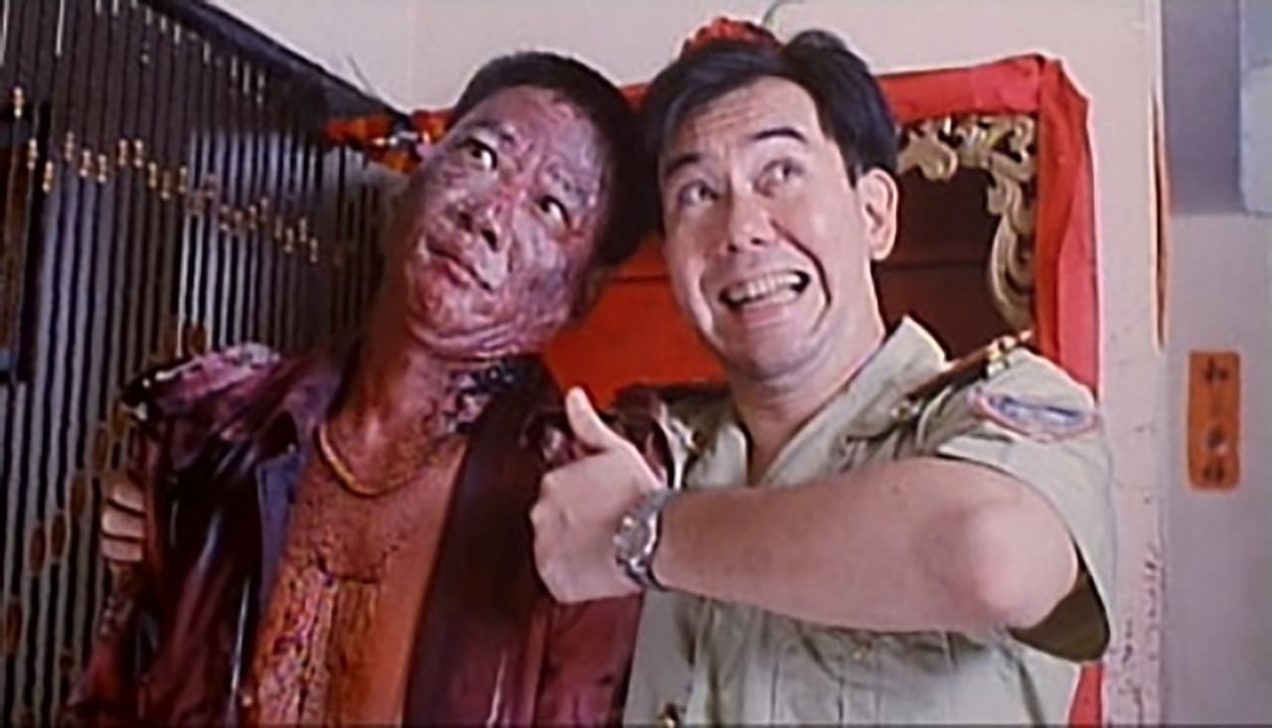 One of the most infamous Cat-III films, charting the tale of an abused young woman who takes bloody revenge against her family…

Even in the rancid depths of Category III cinema, there is bad taste, and then there is bad taste. Ivan Lei, director of such redoubtable classics as Ancient Chinese Whorehouse and The Peeping Tom, is a master of bad taste of the highest order. His seminal Daughter of Darkness, an archetypal example of the sleaziest reaches of the genre, is a perfect case in point. The viewer is not so much made aware of this from the very start as beaten around the head with it, as the opening sequences revolve around Police Officer Lui, aka Officer Lazyboots (unsurprisingly played by Cat III legend Anthony Wong) investigating the scene of a bloody domestic massacre, with techniques which involve asking surviving relatives whether or not everyone in their family had ‘big tits’, and claiming to be able to ascertain a victim’s time of death by fondling their naked breasts.

This pretty much sets the tone for the whole film, though it very rapidly eschews humour in favour of some truly nauseating shocks and some of the most questionable content ever to grace Cat III cinema. Though made with a reasonable amount of skill and polish, and entertaining in a morbidly fascinating way, make no mistake about it: Daughter of Darkness is not a film to be taken lightly, or one for viewers unprepared to withstand the almost physical assault it delivers.

Supposedly based on an actual case, the plot follows the popular Cat III ‘true crime’ structure, more in the slapdash manner of Human Pork Chop and There is a Secret in my Soup than that of more accomplished films like The Untold Story and Dr. Lamb, beginning with a police investigation and revealing the horrors of the story via a series of flashbacks. The story in question is a real anti-Cinderella of a tale, whereby a poor girl, Wei-Fong (played by Lily Chung, seen in many Cat III films, notably director Lai’s infamous Red to Kill) suffers shocking treatment from her family and brutal sexual abuse from her father (Ka-Kui Ho, a prolific genre actor, also in Bloody Beast and Story of Ricky). Despite trying to free herself from this terrible situation, and her understandably concerned boyfriend’s rescue attempts, Wei-Fong’s father uses blackmail and worse to keep her at home and within reach of his drunken advances. Finally, after an unbelievable amount of abuse, Wei-Fong snaps and slaughters her whole family in an orgy of bloody but justified carnage.

Daughter of Darkness, which was apparently a box office hit on its original release in Hong Kong back in 1993, is exactly as lurid as the plot suggests, perhaps even more so, if that’s possible. In addition to the frequent scenes of Wei-Fong being assaulted, there is a great deal of pointless, gratuitous footage of her having sex with her boyfriend (Hugo Ng, also in the similarly titled and themed Brother of Darkness). Presumably, this is designed to serve as some kind of romantic counterpart to the shocking, graphic abuse Wei-Fong suffers at the hands of her father. However, being that both types of sexual encounters are shot in a cheap, sub-pornographic manner, complete with ridiculous mock orgasms, it makes it very difficult to count Wei-Fong’s scenes with her boyfriend as anything other than additions to the film’s exploitation quotient.

All of the scenes of abuse feature Lily Chung nude or in varying states of undress, and the way the camera lingers on her breasts leave little doubt that director Lei was aiming for some kind of sick titillation, something which leaves the viewer feeling very uncomfortable, almost with the impression of being implicated in the awful crimes of the rapist father. Nevertheless, Lei’s direction, by his standards at least, is actually quite good, mainly as he keeps things moving along quickly. There is a fair amount of tension built as the abuse escalates, along with a mounting sense of horror that the viewer feels as the film reaches its climax. 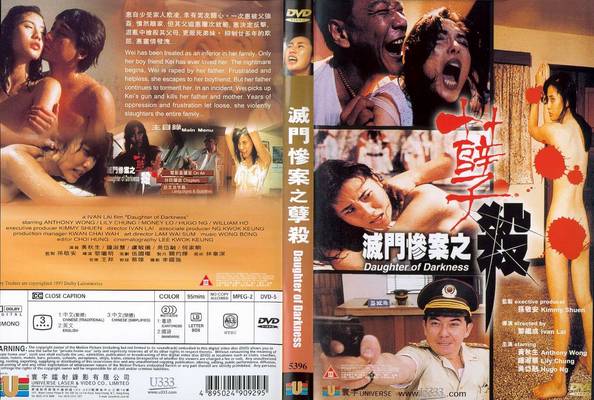 The actual story does carry an emotional impact beyond the graphic content, and the viewer does feel sympathy for poor Chung, as Lei spends a fair amount of time fleshing out her character, something of a rarity for the genre. Although her relationship with her boyfriend does feel tacked on, the incredibly gory finale genuinely rouses the viewer as Wei-Fong takes her family, and her monstrous father in particular, to task. It is perhaps worth noting for completists that many versions of the DVD have a censored version of this scene, showing only two of the times she stabs the father in the neck instead of the actual ten featured in the outstandingly brutal uncut edition.

Special mention must go to Lily Chung, who manages to win over viewers with an effective performance in such a demeaning, thankless role, spending almost half the film naked and suffering unspeakable torment, much as she did in many other films, including The Eternal Evil of Asia and Fatal Obsession. Although quite obviously typecast in the role of victim, Chung is always an appealing actress, and it’s a shame that she was never given more of a chance to stretch her range. Of course, Anthony Wong turns in his usual charismatic performance, though he is mostly relegated to the sidelines and used for only occasional comedy relief, which is probably just as well, as the tone of the film is already uncertain enough.

Chung’s performance and Lei’s competent direction aside, it should be pretty clear that Daughter of Darkness is a film for a select audience only. Although well made, tense and featuring an exciting final scene, the sheer volume of sleaze and abuse on display undoubtedly places it out in the further reaches of extreme cinema. For the converted, however, it’s superior to the vast majority of its peers, coming highly recommended as an almost definitive example of its type.