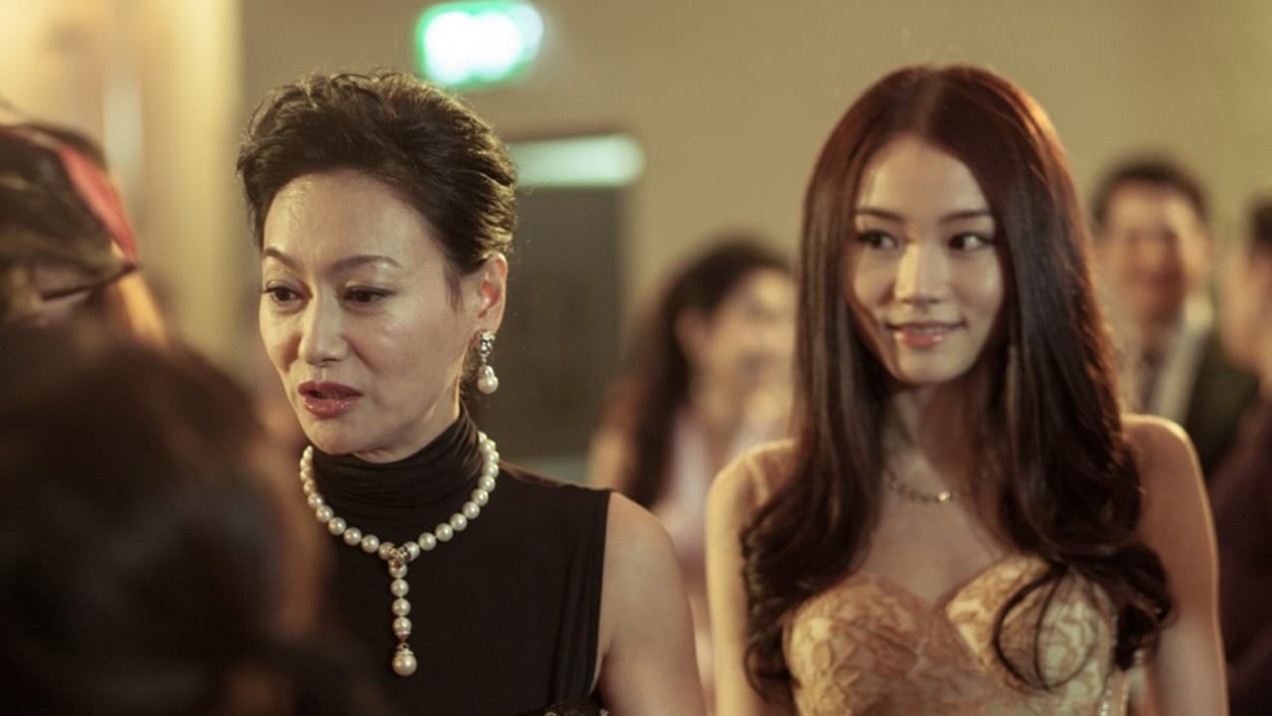 First time director Chan Pang Chun serves up a fine slice of old fashioned supernatural Hong Kong horror in Daughter, harking back to the kind of 1980s and 1990s style off-kilter chills rarely seen in recent years. Chan co-scripted the film along with producer Shirley Yung (Angel Whispers), which is headlined by an unlikely duo in veteran star Kara Hui, who won a series of awards for her turn in At the End of Daybreak back 2009, and pop singer Yanny Chan of Super Girls fame as a mother and daughter caught up in all kinds of sinister devilry.

Kara Hui plays Sharon, a top Hong Kong psychiatrist obsessed with getting her vaguely rebellious daughter Jenny married off to someone rich, irrespective of the poor girl’s wishes. After being forcibly set up with the wealthy son of a client, Jenny starts behaving bizarrely, upsetting everyone around her and causing her mother no end of worry. Matters come to a head when Jenny’s strange actions shock the crowd at a fancy charity auction, and a friend introduces Sharon to a catholic priest trained in exorcism (Kenny Wong, Firestorm). Torn between accepting her daughter either as mentally ill, demonically possessed or simply unruly, Sharon herself is pushed over the edge as she struggles to cope.

Although films about possession continue to prove popular in the west, there’s been a notable lack of genre cinema from China and Hong Kong for some time now, or at least of anything that’s not either entirely lily-livered or which ends up with the ghost or devil being unmasked as some manner of anti-establishment figure or a figment of the imagination. For fans of the form this is a real shame, as Hong Kong has a rich and proud history of horror and indeed of possession-related films, including darker Shaw Brothers outings such as Hex, David Lai’s Possessed series in the early 1980s and a long list of other shockers. As such, Daughter comes as a very welcome throwback, and though it starts off slowly and worryingly pedestrian, it soon picks up speed, and Chan Pang Chun manages to pack a very respectable amount of fun spookiness into its short 86 minute running time.

Though the basic premise of a protagonist refusing to believe in the supernatural and being driven to the brink of madness as a result is nothing new, Chan and Shirley Yung’s script thankfully sticks to the old HK style of eschewing logic or narrative sense in favour of random set pieces and surreal scares. Successfully combining an effectively creepy atmosphere with demonic action, the film benefits from a lurid soundtrack and good use of shadow and colour, giving it an authentic feel that should certainly please aficionados. There’s a winning sense of chaos during the second and third acts, and the film both gets visceral and nasty in places, and raises laughs thanks to some inadvertently amusing and wacky scenes, all of which contribute to the enjoyment factor. Anyone familiar with films of the type won’t likely be surprised or put off by the odd shifts in tone, and the film wins points for a standout exorcism scene towards the end.

The film also does well with its themes, at least by the standards of the genre, revolving around an interesting clash between modern Christianity, Taoism, science and psychology, Chan and Yung using this to depict a society in transition on different levels. This is weaved skilfully into the narrative, and there’s a sense of growing tension around Sharon and her being torn between conflicting belief systems. Generational differences also play a major role, Sharon’s inflexible inability to understand or connect with Jenny similarly adding drama and at least a stab at depth. Kara Hui helps anchor this with a strong and believable performance as the increasingly distraught Sharon, and Yanny Chan does reasonably well in her role, and gets a couple of chances to show off her singing in church choir scenes, though is undermined somewhat by some curious English subtitles.

To be fair, for all its charms and strengths Daughter may not appeal beyond the target audience of horror fans, as it’s an unashamedly genuine piece of genre filmmaking. However, for those with a hankering for demonic shenanigans it should certainly hit the mark, and Chan Pang Chun does a great job of revisiting the past glories of Hong Kong ghost cinema.

Daughter is available from YesAsia.