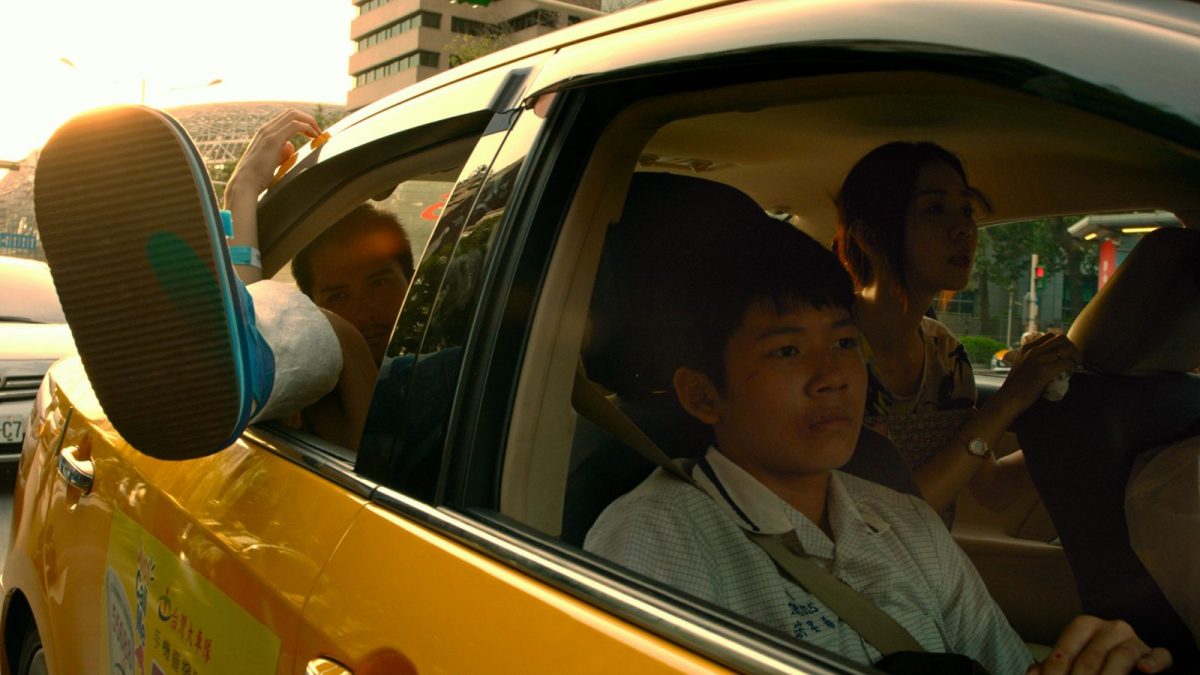 With its moving story of gay love, this film makes a strong statement about the need for gay equality…

Many Taiwanese films seem to fall into one of two categories: They are either serious artistic pieces seeking to offer deep comment about social issues and modern life (think Yi Yi, or What Time is it There?), or they are quirky, slightly saccharine rom-coms about the lives of semi-comic high school kids (think Café. Waiting. Love or You Are the Apple Of My Eye).

The Taiwanese film Dear Ex, directed by Hsu Chih-yen and Mag Hsu, seems to try to draw from both categories and while it is not in any way a bad film, it perhaps doesn’t entirely pull this off. It tells the story of the sullen high-school kid Song Chengxi (Joseph Huang) and his mother, Liu Sanlian (Ying-Xuan Hsieh) who he despises in typical teenage fashion. They are trying to deal with the recent death from cancer of their father/ husband Song Zheng Yuan (Spark Chen)

Before he became sick, Zheng Yuan left the family home for a relationship with Jay (Roy Chiu) a young man from his theatre group. Because Zheng Yuan gave his inheritance to this man, Song Chengxi and his mum are forced to go to his home and confront him, and in doing so confront the life Zheng Yuan had been leading. The boy, his mother, and his father’s gay partner are reluctantly drawn into a fractious triangular relationship.

The film begins narrated by Song Chengxi, giving his angsty perspective of things. He provides a cynical, sarcastic commentary on everything, making fun of his mother’s tendency to overact and the way she bursts into tears and starts wailing at him. To support the idea that we are being shown a high school student’s perspective on the world, some of the scenes overlay the footage with cartoonish scribbles, like doodles from a school notebook.

This snarky, angsty teenage narrator and eccentric use of drawings remind me of the film adaptations of Giddens Ko’s books. But the style works better when the subject is teenage love than here where it is the arguably heavier matter of the boy’s coming to terms with his father’s death and former life. It’s notable that this use of drawing fades away as the film progresses.

Arguably the most successful part of the film is its central section, where it settles into a more serious dramatic tone. Song Chengxi runs away from his mother to stay with Jay and this gives him a chance to learn about this figure. Here the film jumps back in time to show Zheng Yuan and Jay meeting and falling in love, moving forward to show how Jay took care of Zheng Yuan when he was sick. As Jay, Roy Chiu performs these scenes well, conveying the love shared between them.

As we watch this backstory, our initial impression of Jay– as a playboy who broke up a family – is challenged, as is Song Chengxi’s initial repeated conclusion that Jay ‘must be a bad person’. Even the mother, who starts the film expressing outright homophobic views, is forced to revise her way of thinking. In depicting the deep love shared between Zheng Yuan and Jay and making us see that this is just as valid as the nuclear family, the film is very effective.

However, if this is the issue at the heart of this film, then it makes me wonder why bother with the quirkiness and the comic touches at all. They may have been an attempt to add some energy to the story, as things do flag quite quickly after the start and never really pick up the pace again. As it tells of Zheng Yuan and Jay’s romance, and then of Zheng Yuan’s sickness, the film sinks into a sedate, moody tone that becomes a little boring.

So, with its clashes of tone and better parts somewhat buried beneath other things, it is hard to know what to make of Dear Ex overall. The film has some nice scenes, and the well-acted gay love story manages to be quite moving, but the teenage angst and quirky narration get a little irritating, so that by the end it might leave you feeling a little bored and uninspired.

Like the Hong Kong film Soundless Wind Chime, which I reviewed last year, Dear Ex’s ambition somewhat outstrips its achievement. However, like that film, it should be applauded for engaging with the struggle for gay rights and equality in what remain fairly traditional Chinese communities.