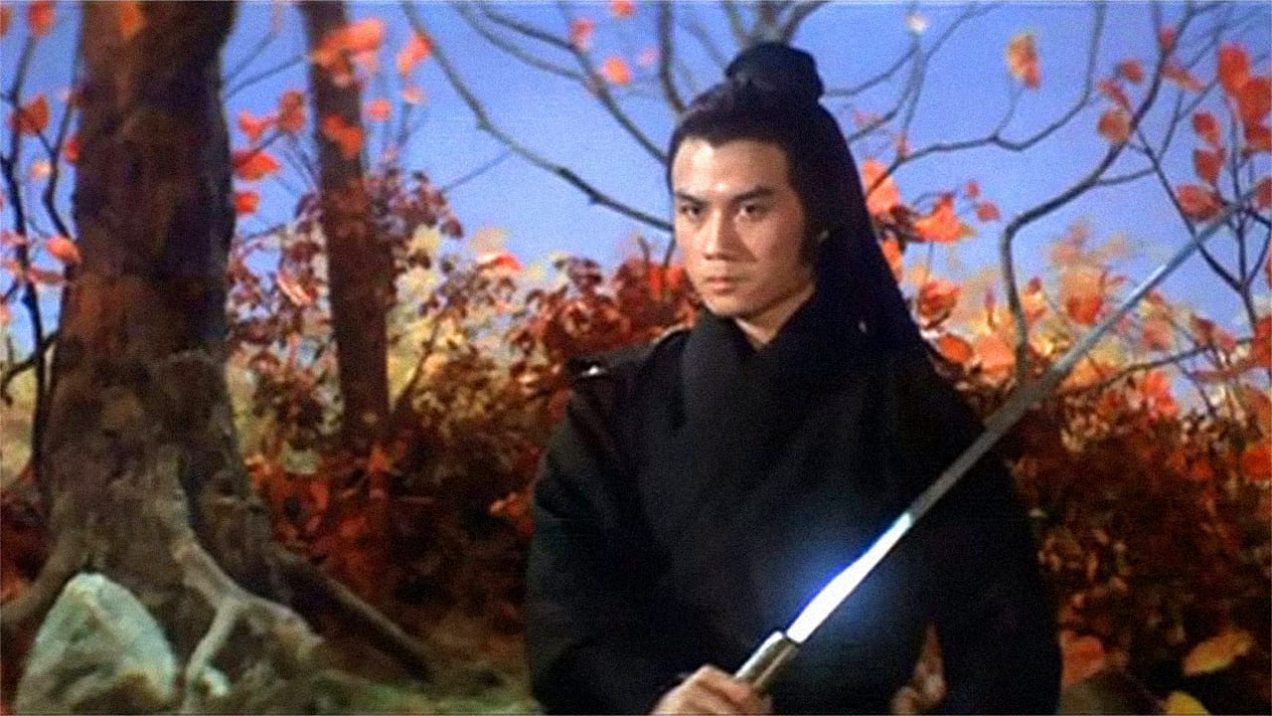 Yen Shih-san (Ling Yun, Clans of Intrigue, Killer Clans) yearns to find out whether or not he is the greatest swordsman, when Lady Mu (Chen Ping, The Oily Maniac, Killer Clans), employs him to duel with her families mortal enemy – Third Master. Only there’s one problem, he is already dead – or is he?

Ah Chi (Derek Yee, Buddha’s Palm, Heaven Sword & Dragon Sabre) seems to be a harmless travelling peasant, when his selfless protection of a prostitute, Hsaio Li (Candy Yu, Swordsman II, 2 Young), soon reveals his true identity – he is in fact the Third Master himself, forced into hiding due to the relentless requests from warriors trying to beat him to become the number 1 swordsman in the land.

Ah Chi falls for Hsaio, but soon Mu is once again on his tail, sending countless hired assassins against him. After being tricked into being poisoned Chi goes in search of a cure, finding instead a broken Yen Shih-san, having left behind his swordsman ways to become a recluse. When Yen discovers Chi’s true identity it seems that the time for that inevitable and unavoidable duel has finally come…

Sadly the work of Chor Yuan is often overlooked in favour of fellow Shaw Brother director Chang Cheh. In fact, if anything Yuan’s career was longer and perhaps even more prolific. Yuan’s vision is easily far more stylised and less formulaic than Che’s, though Yuan was undoubtedly in turn influenced by his ‘yanggang’, macho style.

Interesting, the plot also echoes some of Chang’s finer, earlier work, such as The Assassin and One-Armed Swordsman. The piece considers the fate of the swordsman, unable to escape what they are, however they might try to hide.

The inevitable duel between our two protagonists, despite their mutual respect for each other, an often recurring theme in Chinese literature, reflected not only in obvious ways like Duel To The Death and Legend Of A Fighter, but also pivotal in nearly every triad/heroic bloodshed movie. The Killer, City On Fire, Time And Tide, Exiled – you name it, it’s bound to be part of the plotline…

It was his adaptations from the martial art novels of Gu Long (aka Ku Lung) that finally helped make his name in the late seventies – including films like Killer Clans, The Magic Blade and Clans Of Intrigue – but perhaps Death Duel is the finest example of this collaboration.

Unlike some of those other films, the story benefits from being far less convoluted (despite a need to introduce each character in text on screen – a method that would soon become shorthand amongst Shaw Brothers directors for films so jam-packed with leads and plots). The style is more striking, using the studios that dominated the Shaw Brothers films of the 70s to their fullest potential – right from the setting of the first (and last!) scene set in a maple forest in Autumn – undoubtedly an influence on Ronny Yu’s The Bride With White Hair.

With the support of the Shaw Brothers regulars, Derek Yee makes a convincing and personable lead (if a not quite believable master swordsman). Perhaps that his career never truly took off as a leading man says much about the state of the Hong Kong industry towards the late 70s and early 80s. (But find some solace in the fact that Yee currently counts himself amongst the cream of Hong Kong directors after Lost in Time, 2 Young and the fantastically dark One Nite in Mongkok.)

Yee’s own brother, Chang Cheh favourite David Chiang, turns up at near the end as the enjoyably bonkers member of the Mu family, previously rather sensibly kept imprisoned. Another Che fave, Ti Lung, appears in another cameo, providing a warning of Chi’s fate having once been a famous swordsman himself – Fu Hung Hsueh (from The Magic Blade.) Meanwhile Lo Lieh plays Han Tang, a character who appears in Killer Clans.

Highly recommended, Death Duel is a particularly fine example of a wuxia movie from the late 70s – a rare thing indeed.

One of Celestial Pictures beautiful series of restorations, this movie looks better than it probably did in the first place. The Hong Kong release includes a host of extras, including behind the scenes, interviews, trailers, stills and more.