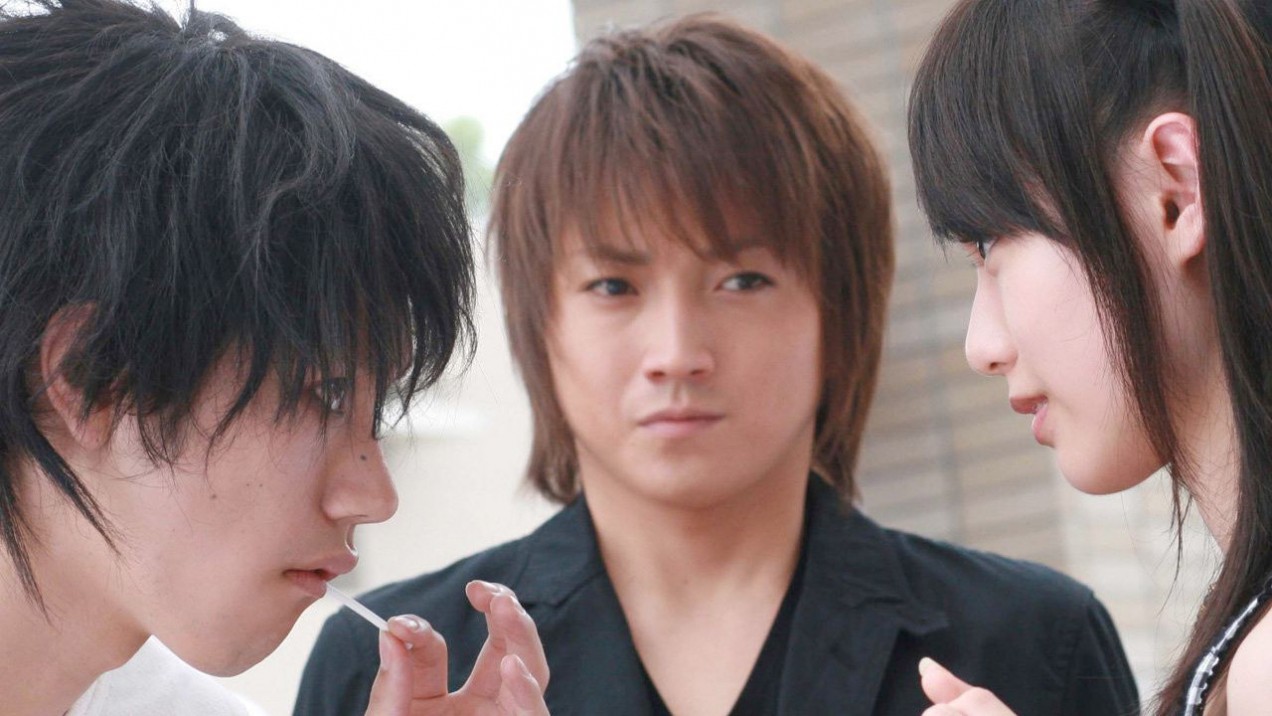 A satisfying conclusion to the Death Note series, but did we really need this exercise in tediousness to get there…?

Despite my misgivings over the first Death Note film, I really wanted to like the sequel. The idea itself matched with director Shusuke Kaneko’s take on the original manga make an obvious but sincere metaphor for absolute power corrupting absolutely. The cast reunite for this sequel, released but a few months after the first film in Japan, yet somehow none get the chance to shine, with a script that manages to jettison characterisation and extend the running time yet still make you wait what feels like an eternity (over two hours!) while very little happens.

Death Note: The Last Name picks up right where the original left off: with Light (Tatsuya Fujiwara, Battle Royale), supposedly grieving the death of his girlfriend Shiori Akino, offering to help L (Ken’ichi Matsuyama, South Bound) catch Kira, hoping to find L’s real name so he can rid himself of his nemesis once and for all. L, on the other hand, is all too happy to have Light close by, as he still believes him to be Kira and hopes he will give himself away.

With L’s theories about Kira soon blown out of the water when a second Kira appears, Light hopes this new ally will finally enable him to learn L’s true name. Time for the real mind games to begin as the two try to outwit each other, whose name will be last in the Death Note?

With all the original (surviving) cast in place for this sequel, shot back-to-back with the first film, signs were good for an enjoyable to-and-fro between our leads as they continually try to get the upper hand. Sadly – despite the additional of another Death Note, belonging to actress and presenter Misa Amane (Erika Toda, Goemon), and a devious use of an ambitious TV reporter Kiyomi Takada (Nana Katase) given the second death note to help hide his identity – this film lacks any sympathetic roles or true characterisation for that matter. Even Ken’ichi’s terrifically offbeat performance as L rarely breaks through a script that seems content to plod along, simply going through the motions to get character C from A to B and back.

Here the drawn out nature of the films, adding up to a running time of nearly four and a half hours in total, truly impairs your enjoyment. Much of this sequel seems unnecessary at best, making you wonder about the reason for making splitting it into two films. Whatever director Shusuke Kaneko’s argument may be – a cynic might say it was purely to milk the success of the Death Note manga (which it did in on it’s original release in Japan) –  it definitely wasn’t to pay tribute to the original Manga and Anime series. New characters have been invented and general liberties with the plotline – mainly cutting major subplots.

As with the first film, the major issue is that L and Light’s battle of intellects just isn’t as clever as it thinks it is. It doesn’t demand the time and attention we’re privy to here. When we finally get to the conclusion – which definitely brings the series to a nice end – it all seems a little late.

Now if you’re thinking this has turned into something of a rant, you’d be right. Death Note: The Last Name isn’t a terrible film by any means. But a much tighter two hour film – rather than a series – would have done this story much better justice.