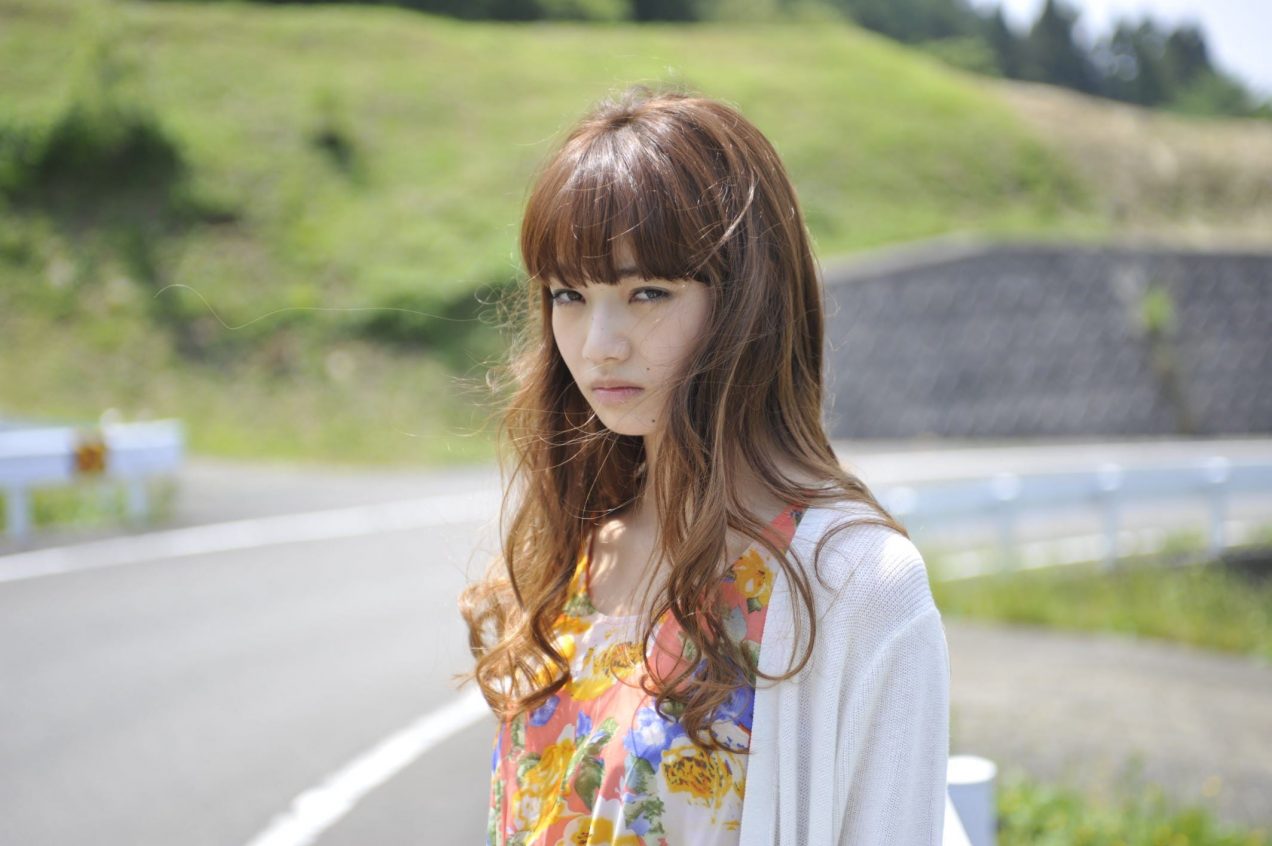 The Japan Foundation Touring Film Programme brings the UK premiere of Tetsuya Mariko’s Destruction Babies to audiences across 15 cities as part of their ‘Odd Obsessions: Desires, Hopes and Impulses in Japanese Cinema’ season. Hailed by distributor Third Window Films as “The most extreme 108 minutes of Japanese Cinema history” and ranked 4th best film at the 90th edition of the prestigious Kinema Junpo awards, we couldn’t wait to see the film that also won Mariko Best New Director at the Locarno Film Festival.

Accolades aside though, ‘odd obsessions’ is a fitting representation of delinquent runaway Taira’s actions in Destruction Babies. Adeptly embodied by a brooding, sociopathic Yuya Yagira (Nobody Knows), Taira leaves his younger brother Shota (Nijiro Murakami) and their hometown to run riot through the streets of Matsuyama city in Ehime Prefecture, where he picks fights with complete strangers and local yakuza. 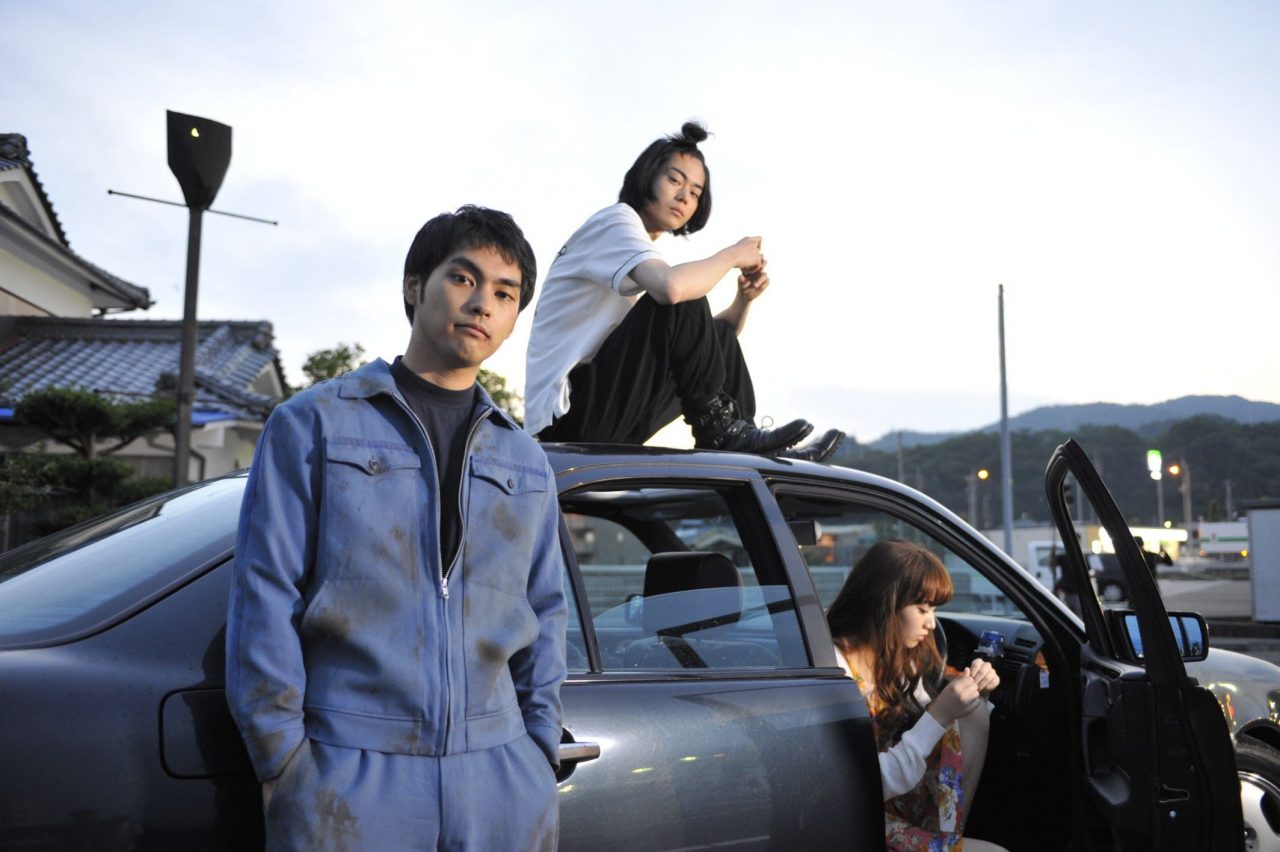 This, during the run up to the annual mikoshi festival, where two portable Shinto shrines ‘fight’ by jostling in opposition, serves as part of a conflation of images that depict strength and masculinity through multiple generations. But where the mikoshi load-bearers channel their machismo into supporting immense weight, Taira shirks traditional models of masculinity in favour of satiating far more seditious, Id-like tendencies. His ‘instinct of destruction’ is laid bare, identified by onlooker Yuya (Masaki Suda), a high school student invested more in the virtual world than reality.

Despite Taira’s obvious disinterest in Yuya, he is eagerly joined in his sinister game and the violence escalates to a disturbing new level. Yuya’s vicious misogyny results in the capture of kleptomaniac hostess Nana (Nana Komatsu), who is pushed to her psychological limit – in the end upstaging the two in one final act of brutality. All the while, Shota is trying desperately to find his older brother and end the rampage.

Destruction Babies is fierce, unflinching and unapologetically gratuitous in its depiction of violence. Fight sequences have a disturbingly realistic quality – often filmed through a smartphone, with little to no dialogue, an absent soundtrack, muted ‘thuds’, and sporadic interjections from bystanders (who are frequently caught in the crossfire). Mariko situates the viewer as if watching a viral video, forcing an uncomfortable voyeuristic position. Echoing Michael Haneke’s Funny Games, the line between spectator and participant soon becomes indistinct. We watch Taira taking a series of brutal beatings, picking himself up, again and again to continue fighting. These scenes, initially comedic, through their repetition reveal underlying societal issues endemic in a modernised Japan. Taira’s masochistic struggle to transcend apathy is symptomatic.

Destruction Babies’ popularity is a testament to Mariko’s skill in reflecting the changing attitudes of young people in Japan. It opened in Tokyo to packed out cinemas, with many left standing in the aisles. Extended runs allowing the themes of apathy, inaccessible social mobility and familial divide to permeate the collective consciousness of Japanese adolescents. Some may not want to acknowledge complicity in what is undeniably a violent spectacle (though not the most violent in the history of Japanese film), dismissing Mariko as sadistic and negating the burden of self-criticism. But, through the very act of watching, young people are more able to recognise these attributes in themselves; the film simultaneously serving as a channel for their frustrations whilst transferring responsibility to the spectator (or rather, participant). Destruction Babies acts, then, both as a mouthpiece for millennials, but also as a catalyst for self-reflection.

Destruction Babies screened across the UK as part of the Japan Foundation Touring Film Programme 2017. It will be released on DVD and Blu-ray by Third Window Films on the 10th April 2017.