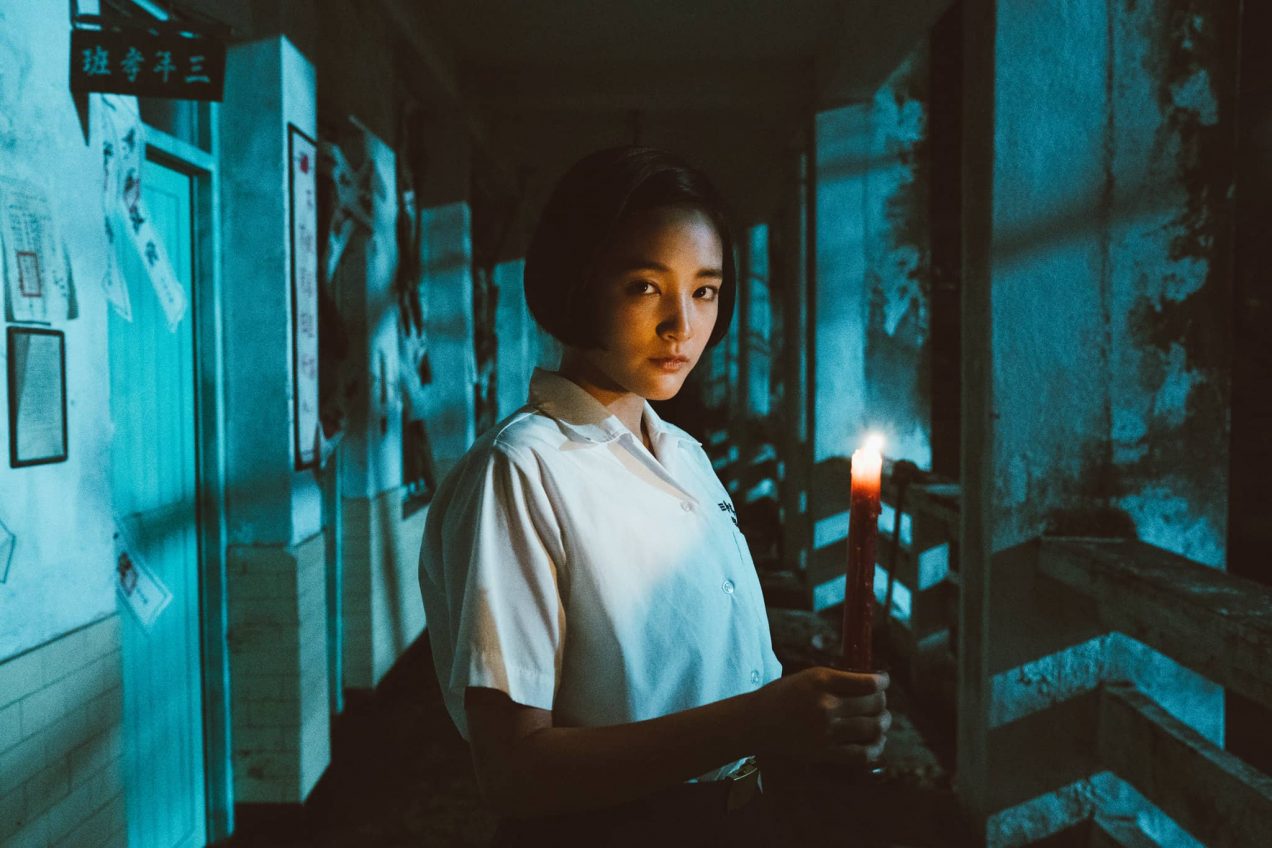 Director John Hsu’ Detention (or Fanxiao, which literally means “returning to school”) is an interesting experiment in combining horror and historical drama, although there are some doubts as to whether the horror elements make an effective contribution.

The story revolves around a real-life life tale of horror, taking viewers back into Taiwan’s not-so-distant dark times to experience one of the longest periods of martial law in the history of humankind. From 1949 to 1987, a period known as the “White Terror”, the Kuomintang government repressed political dissidents, as well as those who could be linked to left-wing ideas, notably communism. (The Kuomintang, led by Chiang Kai-shek, fled to Taiwan from mainland China after being defeated by Mao’s communists in 1949 in China’s civil war.)

The terror of this period was not only the result of the physical violence displayed by the authorities. The times emanated an atmosphere of mistrust and denunciation that grew from the idea that “everyone is responsible”. In this Fahrenheit 451-like scenario, where forbidden books, such as Tagore’s poems or Kuriyagawa’s Symbol of Anguish, are burned, a few students who belong to a book club try to preserve a disappearing culture with the help of their teachers.

This puts their lives at risk. As soon as the activities of the outlaw club are discovered, the students must face the judgement of the regime – and also of their partners, who are searching for the identity of a traitor. The horror element arises when two students, Fang Ray-shin (Gingle Wang) and Wei Chong-ting (Tseng Jing-hua), suddenly wake up in their school, which has turned into in their “worst nightmare”, as they are stalked by shadows, supernatural creatures, and a sense of guilt.

Detention is based on a successful Taiwanese videogame, produced for the Steam platform in 2017, and the photography and lighting are effective in delivering a classic videogame atmosphere. They also create a suspenseful atmosphere. The way the truth unfolds in three chapters, and the use of long flashbacks, makes viewers feel like they are playing a videogame. Furthermore, the continuous change of perspective gives the viewer the feeling of being in a dream, or in this case, a nightmare.

The movie is a journey through lost memories, depicting a path to expiation in which everyone plays a role. Some cover-up for defectors and some perpetuate the repressive regime. Yet, as one of the teachers says, quoting one of the forbidden books, given the two-sided nature of humans, there is space for altruism as well as individualism. Memory turns out to be the weapon for stopping this vicious circle, and it gives people the motivation to fight, because “while there’s life, there’s hope”.

The predictable and jumpy scares, and the basic quality of the visual animation, which may be an attempt to maintain some of the original and effective elements of the videogame, fail to deliver the expected anguish and thrills. Use of the horror genre was probably meant to emphasise the terror of reality, but it turns daily life into a grotesque vision instead.

Despite the partial failure of the horror element, Hsu has succeeded in his attempt to rekindle, through a non-mainstream narrative form, the memories of Taiwanese people about their fight for freedom.

Linda Santu Lama is a member of the #FEFF22 Campus 2020. The campus is run each year, allowing young journalists from all over the world to cover the festival. You can find out more about the campus here.