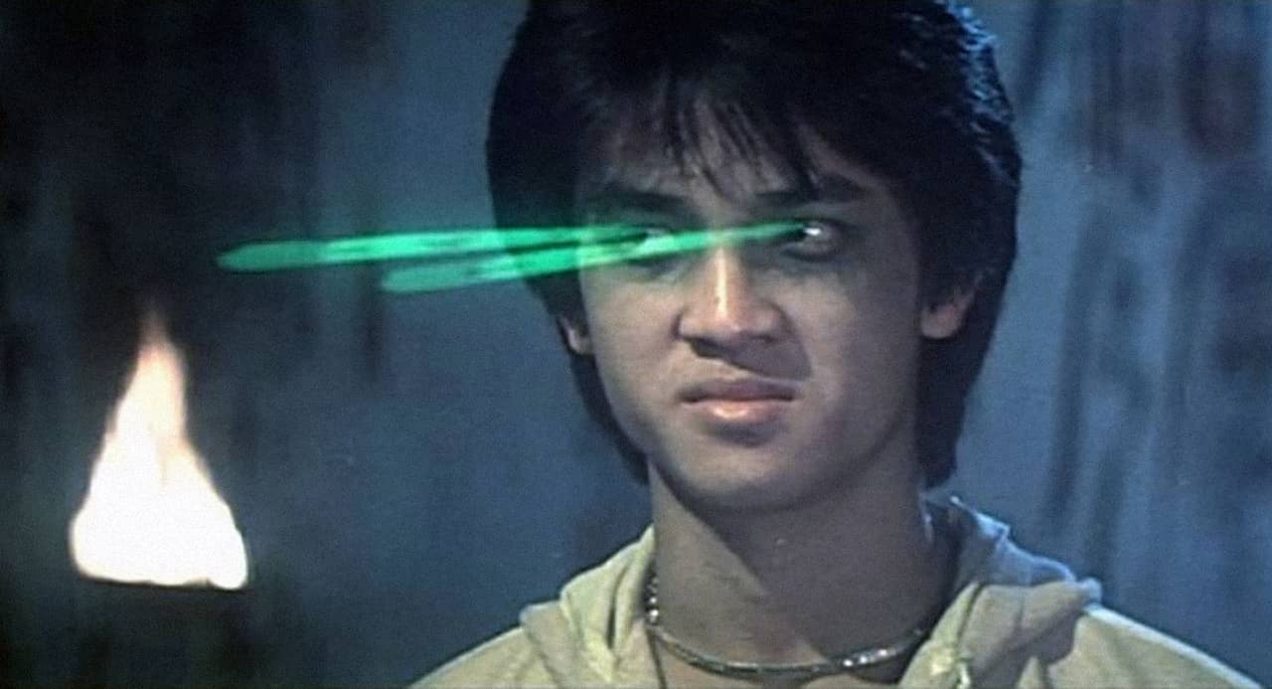 As titles go, Devil Fetus is pretty hard to beat, though since the film in question is an early Category III-rated Hong Kong shocker, it shouldn’t come as much of a surprise to learn that it lives up to its billing. While a little more obscure than some others of its type, coming at the end of the cycle of wild black magic horrors produced by the Shaw Brothers and others in the 1970s and early 80s, and having missed the 1990s Cat III boom, it’s still a film that comes with a degree of notoriety, partly due to it being difficult for even dedicated sleaze-hounds to track down. The film marked the directorial debut of Lau Hung-chuen, who was mainly known as a cinematographer, working on the likes of Tsui Hark’s We’re Going to Eat You and Tony Ching’s Duel to the Death.

The film kicks off with a woman buying a jade vase, which seems to transform into a slimy demon after she takes it home, raping her and killing her husband while their two young sons watch in horror. Although the evil fetus of the title bursts from the dead woman’s stomach, a Taoist priest is able to seal it in the coffin with a handy bit of spell parchment before it can escape. Some years later, with the two lads grown up, the little devil is released after the spell is accidentally removed from their mother’s grave, and it sets about trying to possess the male cast members and impregnate the females.

Basically a possession flick with Gong Tau black magic, Taoist priests and a touch of Alien chest-bursting, Devil Fetus really is one of the most chaotic and incoherent films of its type and time. Although it might sound difficult to make a simple story of a demon jumping from body to body hard to follow, Lau Hung-chuen certainly does his best, and the film is dizzying in its total lack of sense, with little to no background on the evil spirit, no consistency to its powers or schemes, and with things happening randomly throughout. For fans of the form, this isn’t necessarily a bad thing, and the film is entertainingly bizarre and over the top from start to finish, though anyone looking for traditional horror or tension will find themselves baffled and bemused in equal measures. Like many other genre films from Hong Kong of the period it’s real kitchen sink stuff, with Lau throwing everything at the wall to see what sticks, and there’s additional fun to be had spotting which more respectable productions the soundtrack has been pilfered from (The Thing in particular).

Whatever else it might be, Devil Fetus certainly isn’t slow or dull, and Lau shows a fine grasp of what makes exploitation madness work, keeping the action going and never giving the viewer the chance to dwell on its many imponderables. Although he does work in a few atmospheric scenes, his background as a cinematographer coming to the fore, for the most part the film looks cheerfully cheap, with some hilariously bad special effects, most notably during scenes of whacky eye lasers. This does make it hard to take seriously, as does the fact that the gore and nastiness isn’t as full-on as in others of the period, though it does get unpleasant in places, enough so to earn its reputation as a trash classic worth seeking out.

Probably more one for connoisseurs of wild Shaw Brothers shockers like Seeding of a Ghost and Black Magic rather than fans of Category III carnage, enjoying Devil Fetus does require a high tolerance for nonsense. It’s certainly one of the most energetically daft of the early 80s, and it’s a shame that Lau Hung-chuen didn’t direct more others of its type.