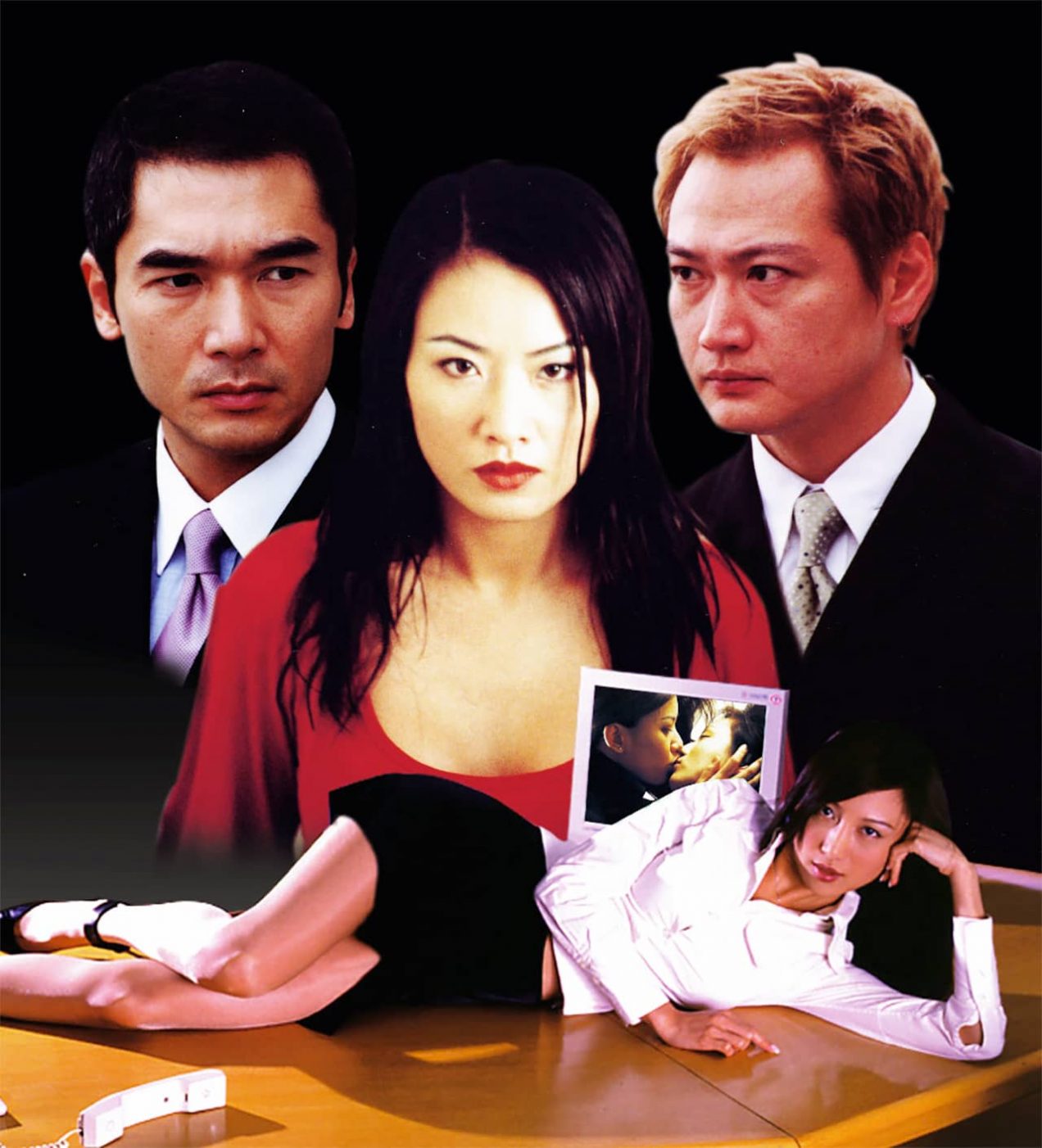 Director ‘Bloody’ Billy Tang is best known for Category III classics such as Red to Kill and Dr. Lamb, and since the majority of his less graphic films have been disappointingly pedestrian, it is with understandable trepidation that we come to Devil Touch. Alarm bells continue to ring with the fact that the film is a ‘corporate politics’ thriller and has a poster promising nothing more than glossy melodrama. Thankfully, these initial fears turn out to be unfounded, as Devil Touch is entertaining, trashy and vigorously sleazy, and more than lives up to its literally translated title Fatal Sexual Harassment. Despite having a complex plot and reasonably high production values, the film is still very much recognisable as the work of Tang, and the director manages to work in a handful of gory murders, rape scenes and even some mild lesbianism. Although none of these are particularly graphic, and are limited by the film’s IIB rating, they do help to give the proceedings a fun sense of amorality, and make watching the glam cast fashioning their often ludicrous plots against each other all the more enjoyable.

The film begins in fine style, as secretary Amy (Iris Chai, Troublesome Night 14) turns up for work and promptly goes berserk with a knife, attempting to stab her boss and ladder-climbing executive, Cheuk (Michael Tiu, also in the director’s classic Street Angels). After things calm down, Amy accuses Cheuk of sexual harassment and rape, a matter which causes great concern in the company since it just happens to be on the brink of an important merger. Rather than informing the police and creating a scandal, the company brings in internal investigator Joe (enduringly popular HK star Alex Fong, recently in The Attorney). The result is that Amy gets a financial settlement in return for her silence, and Cheuk is forced to resign, freeing up the chief executive position being created by the merger up quite conveniently for his bitter office rival Jacqueline (exploitation queen Pinky Cheung, star of the Raped By An Angel 3 and many other genre howlers). However, Joe smells a rat, and continues his investigation, uncovering a sleazy web of greed and ambition that turns deadly as the players begin to betray and blackmail each other in their desperate quests for personal gain.

The plot of Devil Touch is actually incredibly convoluted, and there’s a great deal more to it than outlined above, the film’s constant stream of deceptions and double-dealings making for engrossing viewing – it would be unfair to reveal any further details, though it’s safe to say that there are a number of wild and ludicrous twists as the hysterical ending draws closer. Tang handles the narrative quite well, and although there are a fair few leaps in logic, requiring a considerable suspension of disbelief, the result is nonetheless very entertaining, if for nothing else than the sheer amount of skulduggery on show. Aside from the incredibly smug investigator Joe, everyone else in the film is entirely motivated by self-interest, and are only too happy to resort to vicious underhanded tactics to achieve their goals. Tang plays this fact quite knowingly, never making much of an effort to generate sympathy for any of the characters, choosing instead to keep the viewer interested through the question of who will come out on top — or as the corpses start to pile up, who will be left alive.

Around halfway through the film, once the central deception has been uncovered, the tone does shift, and the narrative lurches into far more recognisable Tang territory, with a couple of gratuitous bloody murders. These actually follow on quite nicely from all the preceding backstabbings, and provide an effective change of pace, though they do rapidly transform the rest of the film into a ludicrous schlock ride, casually tossing away any of its earlier credibility. Whether this is a bad thing or not is debatable, as they make things very entertaining, leading to a ridiculously over the top climax involving a chainsaw, which has to be a first for a film which is ostensibly based around office politics.

There is a fair amount of sleaze in the film, though very little actual nudity, Tang going instead for a teasing approach, with all the female cast members being clad in short skirts and dangerously low cut tops. As she often did, Pinky Cheung provides the central eye candy in her role as the consummate office ice queen, who just happens to have bisexual tendencies and a penchant for wandering around in her underwear. Again, whilst perhaps detracting from any kind of realism, its sleaze such as this which boosts the film’s entertainment value, as Tang was no doubt all too aware.

On these grounds, Devil Touch certainly has a lot to offer viewers, and is undoubtedly one of Tang’s better films. Although it is hampered by its IIB rating, the film still provides some very entertaining debauchery and amusingly twisted plotting, making it worth watching for even casual fans of Hong Kong cinema.