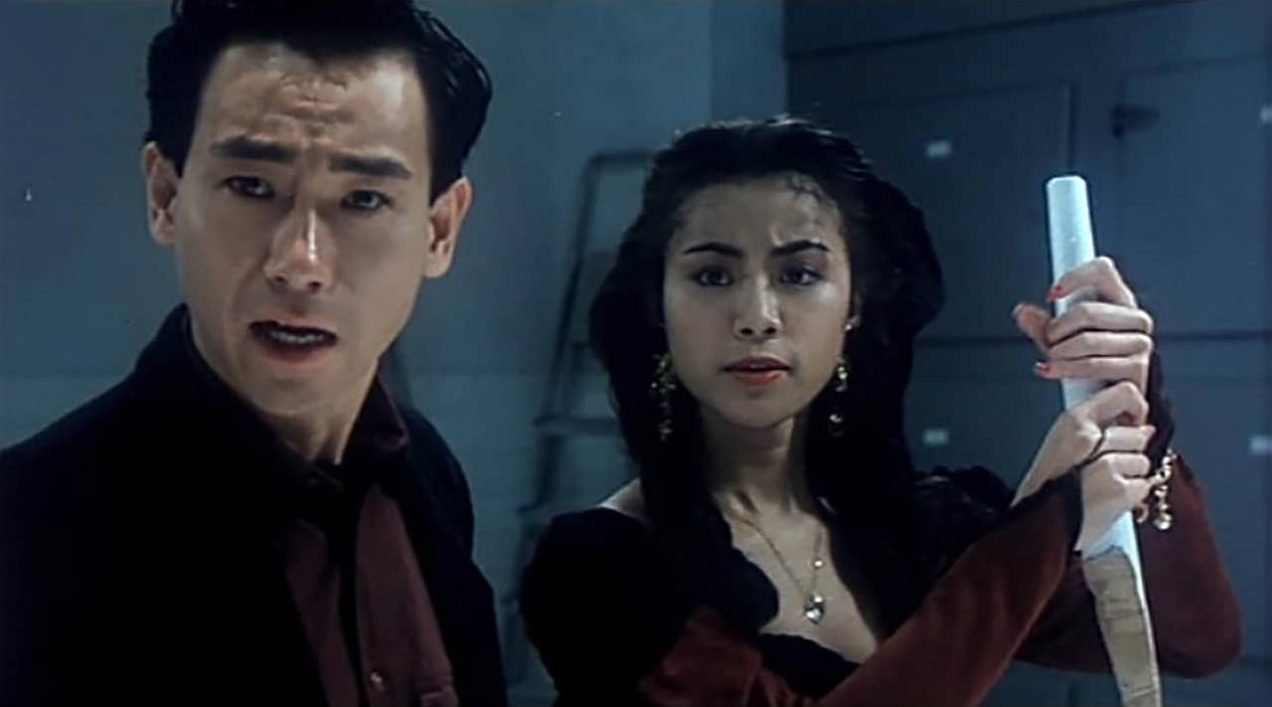 Following on from the success of Mr Vampire in 1985, the Hong Kong film industry as usual churned out all manner of knock offs covering pretty much every variation on the theme. By the early 90s, pickings were getting a bit slim, resulting in some pretty whacky attempts to squeeze the last few drops of blood from the formula, resulting in the likes of Doctor Vampire, an award-winning concept if ever there was one. Originally released back in 1990, the film was written and directed by Jamie Luk Kim-Ming, who should have a spot in the heart of every fan of exploitation cinema for his having helmed the classic Amy Yip sex robot vehicle Robotrix, as well as the fifteenth instalment in the Troublesome Night series. Here, he attempts to combine not only a variety of genres, but also Eastern and Western vampire lore, managing to pull it off in wildly entertaining fashion.

The film begins with a doctor called Chiang (played by TVB star Bowie Lam), who while on holiday in that well-known hotbed of vampiric activity, Scotland (where the skies are apparently blood red), comes across a strange-looking, crumbling castle. Inside, he seems unsurprised to find a well-stocked bar (serving the popular ‘corpse revival’ cocktail), a groovy disco, and a bevy of big teethed beauties. Not finding this particularly strange, he has a one-night stand with a gorgeous young woman called Alice (Ellen Chan, The Eternal Evil of Asia), who during the throes of passion bites him in a most unmentionable place. The woman is quite obviously a vampire, and when Chiang heads back to Hong Kong, her master, the evil count (a case of spectacularly bad acting from Peter Kjaer) sends her after him, desperate to taste more of his apparently ginseng flavoured blood. Meanwhile, poor Chiang has been undergoing a series of bizarre changes, including an aversion to garlic, a sensitivity to sunlight, a thirst for blood, and, worst of all, the propensity to dress up in a large black cape. Alice arrives in the city, causing yet more trouble for the poor man with his long-suffering girlfriend May (Sheila Chan, also in the classic HK Lunar New Year comedy All’s Well Ends Well), and is soon followed by the evil count himself.

Doctor Vampire is actually quite a different film than might have been expected, not least since it chooses to focus almost exclusively on Western vampire motifs. There are a few nods to the Chinese vampire genre, including a very amusing gag whereby Chiang gets dressed up in the usual Mr Vampire style garb and hops around in traditional fashion, and with the trademark Taoist priest turning up for the final showdown, albeit rather ineffectually. This aside, the film has a somewhat romantic bent, following the basic structure and themes of A Chinese Ghost Story, following a naive young man falling in love with beautiful, though otherworldly woman who is in thrall to an evil master. This actually works quite well, and the relationship between Chiang and Alice is vaguely touching, mainly since director Jamie Luk has the good sense not to pile on the melodrama. 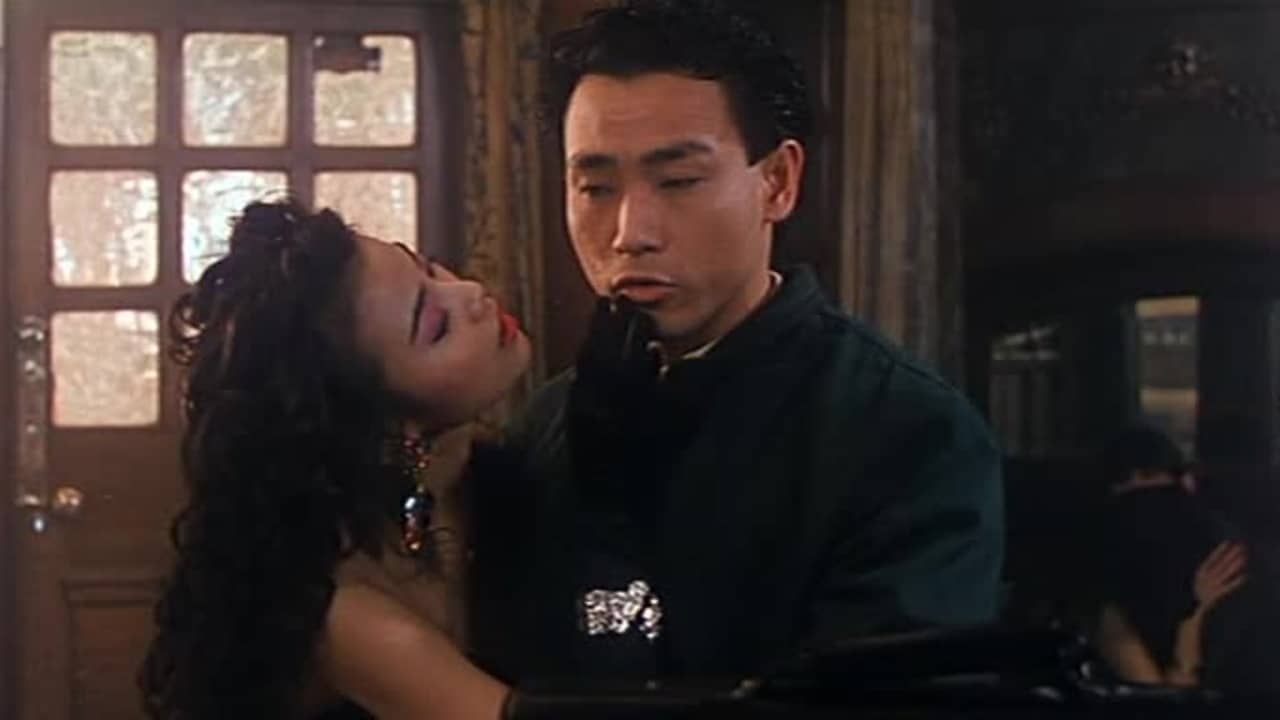 Although surprisingly coherent, this is not to suggest that the film is a serious affair in any way, shape or form, and indeed Luk’s half straight-faced approach only makes it even more lunatic. Predictably, the humour mainly consists of sexual innuendo, slapstick and misunderstandings in the usual style, with most of the gags coming from Chiang’s leering doctor friends. The film is actually very funny in places, especially during scenes where they rush around the hospital trying to gather blood supplies from a variety of inappropriate sources. Most of this is in surprisingly good taste, and although a little sleazy in places, the film is scattershot and surreal rather than misogynistic, with Luk getting most of the laughs from cleverly playing around with genre conventions. Adding to the fun is the fact that the last twenty minutes of the film when the count shows up in Hong Kong are genuinely exciting. Basically a long battle between Chiang and the evil, though amusingly incompetent, villain, with plenty of action and martial arts, Luk also injects some wacky special effects such as laser beam eyes and magical explosions.

All of this combines to make Doctor Vampire a great deal of fun, and it certainly should be enjoyed not only by genre fans, but by anyone wanting to see a typically Hong Kong-style piece of cinematic madness. Although it may have missed out on the even crazier scenario suggested by the title (conjuring bizarre images of hopping Chinese vampire doctors), Luk’s approach is arguably more interesting, and offers something quite different, which not only entertains but also stands out amongst the hordes of similarly themed efforts.

Find out more about Doctor Vampire and other classic Hong Kong comedies in our special two-part podcast: Part One | Part Two. Subscribe on Apple Podcasts (iTunes), Spotify or Google, or listen below.