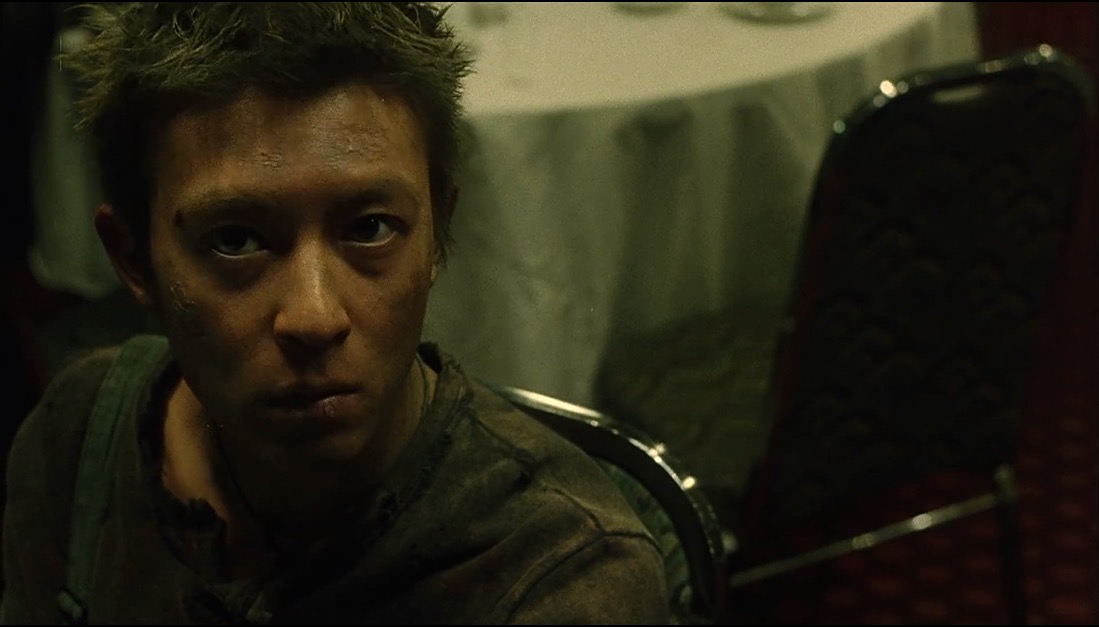 Early Cat III-rated thriller from Soi Cheang, which still stands as one of Hong Kong’s most brutal…

Although many thrillers like to style themselves as being gritty and nihilistic, Dog Bite Dog remains one of the few with the guts to actually follow through on such claims, standing as one of the darkest and brutal Hong Kong films of the last twenty years. Released back in 2006, it marked a change for director Soi Cheang, who had then been known for lighter genre outings such as Home Sweet Home and The Death Curse, though who here certainly doubled down on the hardcore carnage, producing a film which cuts like a knife through the glossy, choreographed violence usually seen in the genre.

The film begins as a Cambodian assassin named Pang (Edison Chen) arrives in Hong Kong to kill the wife of a top judge. The deed done, he finds himself pursued by the police, including Way (Sam Lee), a detective who is clearly suffering from his own psychological problems. Alone and unable to speak the language, Pang fights back like a trapped animal, killing most of Way’s team and hiding in the only place he feels comfortable, a rubbish dump where he meets a young girl held prisoner by her abusive father. Meanwhile, Way’s desire for revenge pushes him over the edge and casting aside the shackles of his job he hunts Pang down, leading the two men into a series of desperate and increasingly violent confrontations.

Dog Bite Dog is relentlessly fierce right from its opening scenes, which unfold with some shocking violence that immediately goes against viewer expectations and sets the mood for what’s to come. Although the plot is simple, it provides director Soi with a perfect framework for an exploration of man as an animal, allowing ample opportunities for the characters to descend further and further into hell as they gradually strip each other of their humanity. Whilst this is a theme which has been tackled before in a fair number of Category III-rated thrillers, it’s dealt with here in a far more realistic manner, throwing a harsh though all too believable light on just how far people will go to survive and how hatred and revenge can consume and transform the soul.

Clearly, this is a film without heroes of any kind, with neither protagonist following any kind of redemptive path, and though both do have tragic histories, Soi does not dwell upon these in sentimental fashion. There are a few strangely touching moments scattered throughout, mostly involving Pang’s truly wretched girlfriend, though more than anything these serve to add a touch of tragedy, which makes the ensuing carnage all the more effective. Thankfully, both Chen and Lee are both excellent in their roles, successfully overcoming their usual heartthrob and comic images and adding a vital layer of depth to their characters.

The film is exceedingly brutal, and certainly earns its Category III rating. Fittingly, there is little in the way of gunplay or flashy martial arts, with most of the violence coming as the characters beat, bludgeon and even bite each other to death, with Soi sparing none of the grisly details. Even during its quieter moments, of which there are few, the film is horribly tense; with a sense of barely contained savagery that the viewer knows all too well could erupt at any moment. This gives the proceedings an air of unpredictability, forcing the viewer to share the protagonists’ feelings of desperation and paranoia.

Soi’s direction is excellent, portraying Hong Kong as a filth-strewn wasteland, employing a dull, grey palette that robs the city of its usual brash vibrancy and gives it the feeling of a long-neglected tomb. Indeed, the film as a whole has a funerary air, an impression helped by the sombre choral soundtrack. With so much of it taking place in rubbish dumps or trash-filled back alleys, there are times when the viewer can almost smell the film, adding another level of unpleasant realism. Soi directs with a naturalistic approach, with a great use of light and shadow, and this too serves well to make the action horribly convincing.

As a result, Dog Bite Dog is certainly not a film for the faint of heart, or those expecting a traditional Hong Kong police thriller. Pulling no punches and offering no false hopes, it stands as a bold and bloody film which grabs the viewer by the throat right from the start and keeps on choking even after the credits have rolled, making it a must-see for all fans of challenging cinema. Watched again now, nearly fifteen years later, it still retains the power to impress and shock, and arguably stands as Soi Cheang’s best work to date, making it rather a shame that he has since gone down a more commercial route.