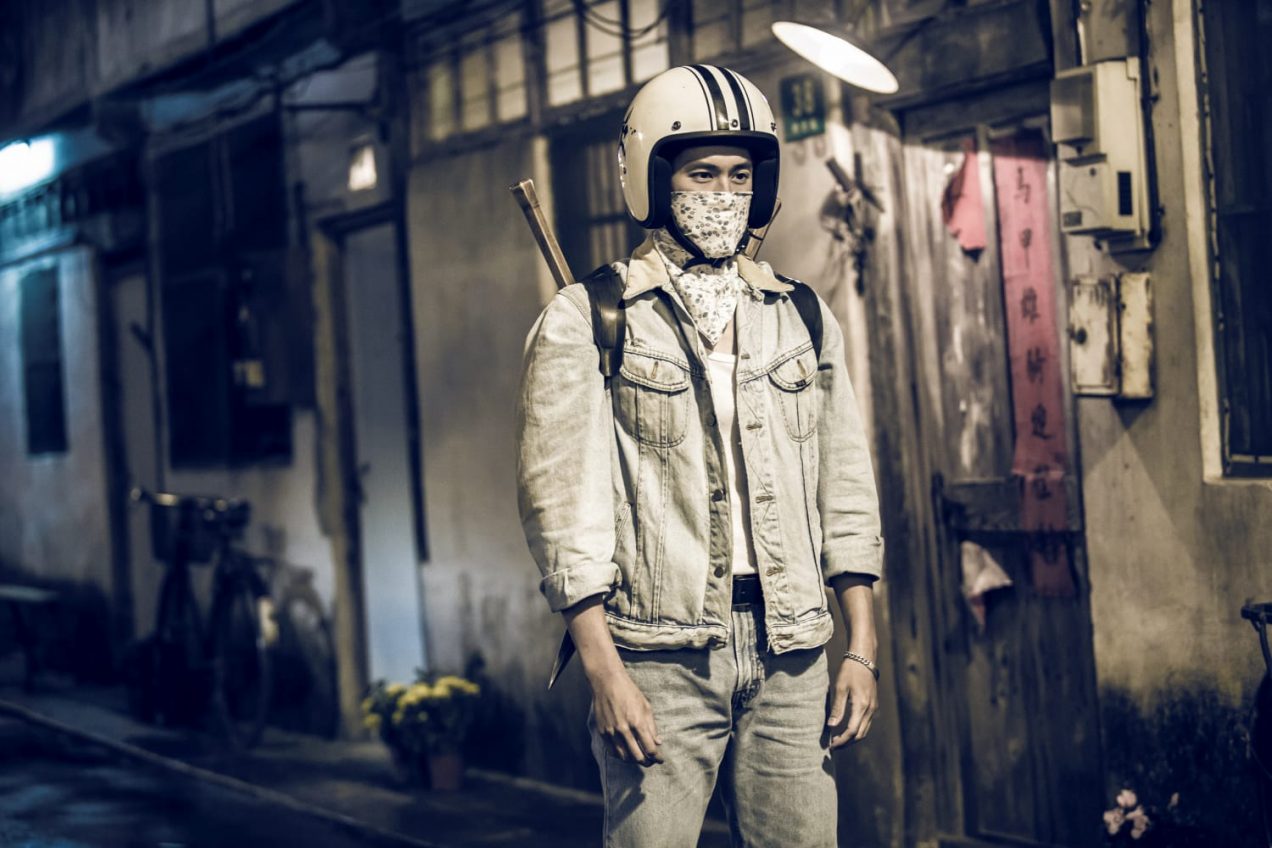 Progress and nostalgia, China’s own Back to the Future…

Duckweed is the third film directed by Han Han, one of the most influential writers in China who also happens to be singer, professional rally driver and a lot more. As a high school drop out, publishing his first book at 17, he became a true voice of his generation. Self-made man, Han Han embodies the cynical attitude of 80s-born Chinese who are disaffected towards Party’s policies and state promoted ideals. Even though Duckweed is full of satirical tone Han Han often assumes, film turned out to be a personal attempt to bridge generation gap between parents and children, as both generations grew up in totally different realities in fast-changing China.

Duckweed tells the story much similar to the one known from Back to the Future (1985, dir. Robert Zemeckis). After wining a race, Xu Tailang wants to give his father a lesson that he had enough courage to pursue his dreams and succeed. While driving, they get into near-death accident that throws Xu Tailang back to 1998, the year when he was conceived and his father was put into prison. Sudden time-travel transports him to his sleepy hometown, where Xu Tailang gets to know his parents when they were in their 20s. He has the chance to meet his mother who died shortly after he was born. Xu Tailang also joins his father’s goofy gang that clashes with local petty mafia, the conflict is a source of endless comic situations. He finally starts to see some reason in his father’s behaviour and in how his family story turned out.

This time in Han Han’s world there is no cynicism, boredom, self-deprecation which became his characteristic style. There is a need to understand the past as majority of Chinese born in the 80s feel uprooted. The best way to do it is to get closer to ones parents, as we sometimes tend to forget that they are just people whose problems are not far away from ours. Back to the Future happens when generation gap seems insurmountable, like between 50s and 80s in the USA and like between 90s and 2010s in China. In 1998 Xu Tailang already begins to see glimpses of the future, stars to build a bridge between two different times. Eventually he tries to mend the identity of his whole generation, just by hanging out and getting drunk with his parents.

Duckweed’s story is quite predictable, yet comic situations are still irresistible. Han Han’s cinematic sense of humour is similar to Stephen Chow’s. Comedy hides somewhere in the background, in contrast between “behind the scenes” and main action. This sort of humour seems a bit old-fashioned but works perfectly with Duckweed’s 90s style. It is all completed by witty cinematography – camera slides over the action, giving the clues but not exposing the hilarious situation entirely as in the scene of the final street fight between major gang and main characters that is juxtaposed with landscape of sleepy town and its elderly residents. Comedy plays on the difference between being aware and unaware, also because Xu Tailang and audience look at the story from a time perspective. There is an anticipation of great changes in the air, but for now we can just enjoy the throwback.

Duckweed’s cast makes the most of the screenplay, especially Eddie Peng finds himself absolutely comfortable in the role of courageous but quite naive and impulsive small town hero. Nevertheless time difference is not well resolved, actor’s make up is too fake to ignore and Chao Deng as main character seems just out of place as he is visibly older than the rest of the cast. However the chemistry between the characters works out well, comic situations prove it best.

Film location is especially linked to Han Han’s personal life, as he grew up in Tanglin, one of the many small water towns on the outskirts of Shanghai. As the metropolis is changing fast, the suburbs stay frozen in time, thus they make a perfect nostalgic spaces. It also determines English title – endless small canals by the Yangtze river mouth is often covered with thick duckweed which brings back sort of provincial feeling and childhood memories.

Han Han choses highly autobiographical tone, which allows him to express his critical opinions without being perceived as dangerous to the state. In Duckweed he still points out corruption, local mafia business but chooses not to discuss the bigger picture, national issues in the 1990s. Han Han doesn’t want to deal with China’s difficult past, nevertheless his critical opinions slowly change young generation’s point of view, as he seems to have become their spokesperson. His example as highly successful high school drop out shows that young people have to be bold, step out from the safe zone. Duckweed is simply a kind of homecoming film, Hollywood narrative with Chinese characteristics. And honestly, it is much more entertaining than most of nostalgic Hollywood productions right now.

Duckweed screened at the 19th Far East Film Festival, and comes to the New York Asian Film Festival 2017, which runs from 30 June to 16 July.