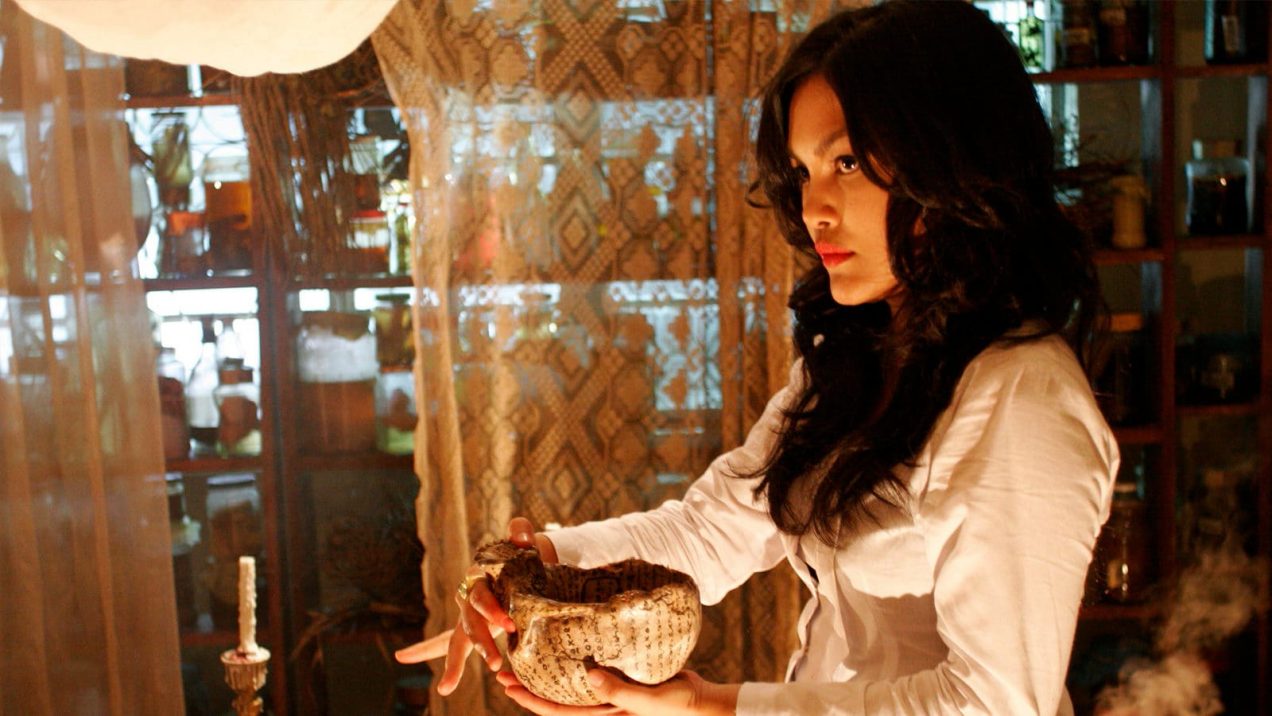 The investigation into supernatural and other postcolonial clashes…

Originally Dukun was supposed to be Dain Said’s full-feature directorial debut. Filmed in 2006, it was well on the way to domestic and international screens with Astro Shaw as its distributor. Nevertheless, it took twelve years for Dukun to be shown to the audience, after the release was postponed without any official explanation. Due to the leaked footage, National Film Development Corporation Malaysia and Astro Shaw decided to finally release the film nationwide. Resurfaced Dukun is even more powerful today than it would be a decade ago, perfectly completes Dain Said’s works as a filmmaker and a great storyteller, but also resonates with this year’s change in Malaysian politics that encourages to unearth true stories that took place since the Independence and to reflect on the postcolonial histories of Malaysia.

Dukun (“shaman” in Malay) centres around the story loosely based on 1993 murder case, where Malaysian politician, Datuk Mazlan Idris was killed by Mona Fandey – a pop singer-turned-witch doctor. The film starts with two investigations, one concerning dismembered body the other is the case of a missing teenager, a daughter of the main character – disheartened lawyer Mr. Karim. The two cases draw closer together when he is persuaded to defend in court a witch doctor Diana Dahlan accused of murdering the influential real estate developer, who came looking for shaman’s help to win an important land deal at work. Tempted with the promise to be invincible, he took part in a ritual that went wrong. During the trail, each witness uncovers part of the story, but the Western judicial system has some problems dealing with the supernatural.

Dukun recreates a Faustian motif of dealing with the devil, an agreement between a man and an evil force that enjoys playing with the mortal’s unawareness. Although the film’s storyline is based upon the classic contrast between men and women, science and nature, rational and irrational, foreign and local, linear and circular, modern and ancient, the main motif ingrained in Malay folklore legends is still the parenthood and the consequences of giving birth to the child conceived with the help of black magic or brought to the world in anger and sadness that marks either the mother or the child and transforms them into a monster. Even though Dain Said’s Dukun and Joko Anwar’s Satan Slaves were shot one decade apart, both of them show that these stories are well alive in the collective’s consciousness of people living in the Southeast Asian region but also are universally disturbing, providing contemporarily very relevant material for a horror story.

When Dain Said decided to shoot his full feature debut he already had a lot of experience since in 1990 he graduated from Film and Photography department of the University of Westminster and started shooting short films, commercials, television programmes, media installations. For his debut he chose topic deeply grounded in his home country, reflecting the clash between rational Western system of institutions inherited via British colonialism and the power and authority that shamans, healers and black magic practitioners still held among the people of Malaysia, a lot of them believe in supernatural forces. Dukun disclosed a lot of details from the classified real murder case, but the alleged controversial nature of the film was more connected to the victim’s high profile as Mazlan Idris was a state assemblyman and an ambitious politician from the ruling United Malays National Organisation (UMNO) party that remained in power since the first post-Independence general elections in 1959 as a vital part of National Front coalition. Mazlan Idris is said to attempt to boost his political career with the help of Mona Fandey that already earned her reputation as a shaman. In the light of such situation, the half century of suspiciously uninterrupted National Front rule seems not to be grounded in legal elections but in witchcraft. Even though Dukun does not revolve around the murder case of a politician, it landed on the shelf in order not to publicize the events it was based on, thus it’s release was postponed until further notice. The 2018 elections brought change into Malaysian government, as National Front coalition lost for the first time and formed an opposition to the victorious Alliance of Hope. Dukun’s leak might as well have nothing to do with the change in politics but it is probable that more of such texts might resurface or get produced in the near future. Especially the ones about the first years after the Independence and the 1960s complex relations with Indonesia, only indicated in Dukun’s first scene.

As to film form, Dain Said’s debut stands out especially through great acting performances. Umie Aida as Diana is extravagant but in no way ridiculous, it is always hard to keep the fine line between the two but the actress did it perfectly. The murderess is even more charismatic when seen in the prison, without makeup, elaborate hairstyle and elegant clothes, equipped only with her piercing eyes, unkempt hair and simple black uniform. Faizal Hussein, known from Dain Said’s second feature Bunohan (2012), delivers a very complex performance as the lawyer Karim, a man who got played by the devil. Although disheartened and depressed throughout the film, in court scenes he reveals that deep down he feels superior to others and gets pleasure out of the legal power to voice morally dubious statements. The audience is left with ambiguous feelings towards each character and no easy answers, compliments to Huzir Sulaiman for such immersive script.

Although released over a decade after the production was completed, Dukun did not get outdated in any way. The storyline and inscenizations of possession bring the uneasy feeling of true strangeness and incomprehensibility, thus the film works perfectly as a generic horror and an immersive thriller, leaving the audience if not terrified then disturbed. Dukun fits well into Dain Said’s filmography up to date and remains in dialogue especially with Interchange, also tacking with murder cases and postcolonial history of Malaysia. Dukun only enhances the anticipation for the next Dain Said’s film.