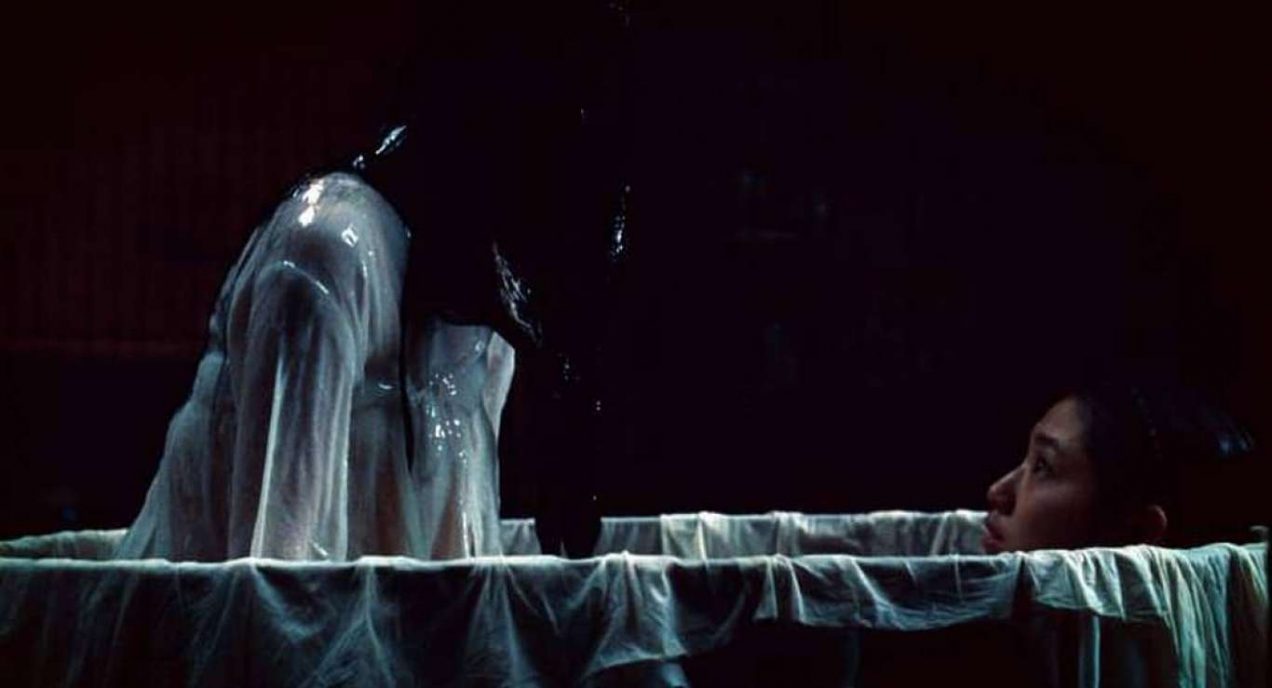 Part of the 2007 wave of Korean summer horrors, Evil Twin marked the directorial debut of Kim Ji-hwan, as well as his only film to date. Thankfully, for fans who by then had understandably grown somewhat disillusioned with the genre, tired of directors’ reluctance to stray from the confines of the done to death ‘teens menaced by vengeful female ghost’ formula, the film did offer something at least a little different in the form of a historical setting, with the action taking place in a rural village during the Joseon period of Korean history instead of an all girls’ school or haunted apartment building.

Based upon the old Korean Cinderella-style story of Kongji and Patzzi, the plot revolves around twin sisters So-yeon and Hyo-jin (popular actress Park Shin-hye, who went from roles in the hit TV series Stairway to Heaven and Tree of Heaven to starring in blockbusters like The Call and #Alive). After an accident which leaves her sister dead, So-yeon falls into a coma from which she finally awakes ten years later, with no memory of the tragic event or the incidents which led up to it. Although she slowly manages to adjust to her new life and even hesitatingly begins romancing her sister’s former beau Hyun-sik (Jae Hee, also a popular TV and who featured in the likes of Bloody Beach and Kim Ki-duk’s 3-iron), the past gradually comes back to haunt her, as she seemingly takes on her sister’s personality traits and a spate of murders terrorises the village. While the locals are quick to blame her for the sinister events, thanks to a barrage of none too subtle flashbacks it’s glaringly obvious that something more spooky is going on, leading to a final twist which surprises no-one but the rather slow characters.

Cynicism aside, although this may all sound rather familiar, with the twins theme certainly having enjoyed a number of high profile genre outings over the years in Korean genre cinema, Evil Twin works by being far more of a character piece or supernatural costume pot-boiler than might be expected, with director Kim wisely focusing on the drama elements of the story rather than on the usual narrative clichés of the genre. The film certainly manages to pack in plenty of angst, dealing with themes of guilt, identity and memory, and in this manner it inevitably brings to mind Kim Jee-woon’s classic A Tale of Two Sisters (as well as the likes of Kim Tae-kyeong’s The Ghost), though with a slightly more theatrical bent. Indeed, a large part of the running time is taken up with scenes of dialogue, and while on one hand this does result in a rather deliberate pace, it helps to keep the action grounded, making the horror elements arguably more effective than in other similar efforts.

This isn’t to say that Evil Twin doesn’t offer genre fans enough in the way of scares, though Kim aims for slow burn, atmospheric chills, with lots of creepy shots of dark forests and misty lakes. Needless to say, there are still a good few cheap shocks peppered throughout to spice things up and to prevent the viewer from nodding off, though these never come across as being too derivative largely due to a good value, game ghost who really puts in an effort compared to some of the disappointingly lazy spectres who also haunted cinemas during the period. Added to this are a couple of startlingly squirm-inducing scenes involving an unfortunate character struck down with a grotesque skin condition, and overall the film manages to offer a respectable scare quotient.

It certainly helps that Evil Twin is visually a handsome affair, boosted by rich production values and showing a genuine effort to make the most of the period setting. Using a drab colour palette offset by a few injections of blazing red, Kim successfully manages to convey an otherworldly air that gives the film an almost gothic feel. As well as serving well to distract from the film’s basic similarity to other efforts set in more modern times, the impressive visuals give the proceedings a traditional and uniquely Korean flavour.

If nothing else this makes for a nice change and does mean that Evil Twin stands out from the early 2000s horror crowd, at least enough so to make it an entertaining watch for viewers interested in delving back into Korean genre cinema of the last couple of decades. Although by no means original, it ticks all the right boxes for the form, and it’s a shame that Kim Ji-hwan never seems to have stepped back behind the camera.