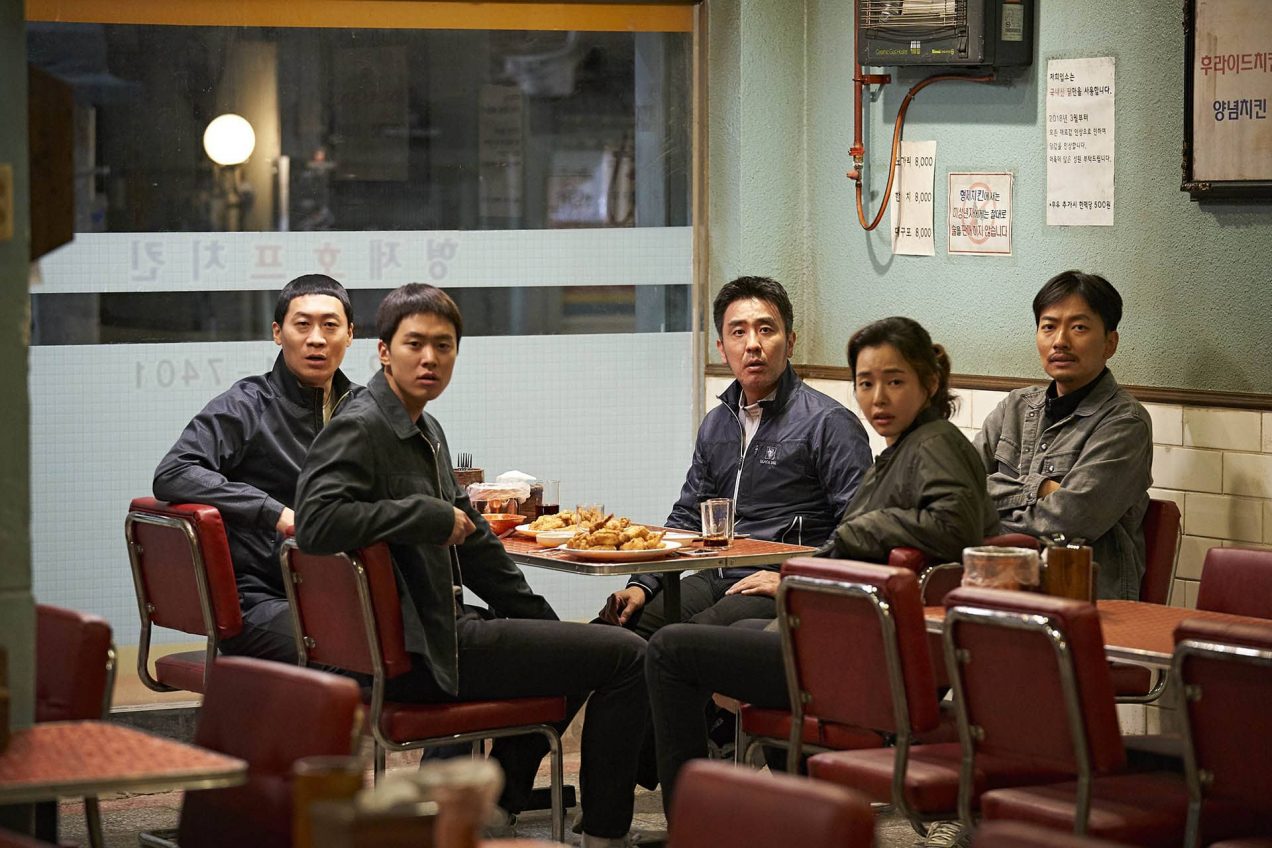 A group of cops turn fast-food chicken entrepreneurs in Extreme Job, the latest film from Korean writer-director Lee Byeong-heon (Twenty), which sees him reteaming with co-scripter Bae Se-Young, who he worked with on the 2018 comedy What a Man Wants. Starring Ryu Seung-ryong (Psychokinesis), Lee Hanee (Deranged), Jin Sun-kyu, Lee Dong-hwi (The Handmaiden) and Shin Ha-kyun (The Villainess), the film was a massive hit with audiences at home, pulling in more than 10 million tickets in two weeks and emerging as the second most popular Korean film of all time at the domestic box office to date.

Ryu Seung-ryong plays Captain Ko, a downtrodden cop fed up of seeing his colleagues being promoted ahead of him. Things get even worse when his boss threatens to pull him off his investigation into crime boss Mubae (Shin Ha-kyun), pushing Ko to panic and make the bizarre decision to buy the chicken restaurant opposite the criminal’s lair to use for a stakeout. Although this initially works well enough, buying Ko a little time, he soon realises that in order to maintain the illusion, he and his team of oddball officers will actually have to make the flagging restaurant succeed. Their fortunes seem to be improving when Detective Ma’s (Jin Sun-kyu) family pork recipe makes the chicken a smash hit with the public, much to the surprise of Ko, along with Detectives Jang (Lee Hanee) and Jae-hoon (popular young TV actor Gong Myoung, Be Melodramatic), who now have to contend with mass media attention as well as Mubae and his goons.

There’s a lot going on in Extreme Job, Lee Byeong-heon and Bae Se-Young throwing comedy, action, romance and underdog drama into the mix, and the film frequently shifts gears and tone, generally at the drop of a hat. This works pretty well, giving it the pleasing feel of an old school Hong Kong comedy, at least for viewers who don’t mind their films chaotic, and Lee and Bae do a solid job of making things feel energetic and fun throughout, even when sense goes out the window. The humour is about as broad as it gets, with lots of slapstick, shouting and daft behaviour from the cast, including some local gags and references likely to go over heads of western audiences, though it’s all very amiable, and there are a good number of genuinely funny moments sprinkled throughout. Surprisingly, this sits quite comfortably with the film’s more gritty and action-packed side, and the handful of violent scenes never really feel too out of place, working well to add a vague air of danger and to remind the audience that the characters are in fact supposed to be cops on a life-threatening assignment.

For the most part, though, Extreme Job is endearingly absurd, with the police work never much more than a distraction from the foolishness, narrative drama and tension clearly not having been high on Lee and Bae’s list. Thankfully, while there’s ultimately not much to the film in terms of plot, meandering its way to an entirely predictable conclusion as it does, the ensemble cast all do their very best to ensure that this doesn’t particularly matter. The cast are all on likeable form and seem to have be having fun with their daft roles, and there’s a winning feeling of camaraderie that helps keep the viewer engaged long after the film has run out of steam. The script wins points for actually trying to flesh the character out a little, and though they’re all fairly typical genre figures, the game performances from the cast make them easy to root for, and the romantic subplots are inoffensive enough. Ryu Seung-ryong and Lee Hanee come off best and get most of the script’s funniest lines and whacky scenes, with Lee having won a number of nominations and awards for her role as the spiky detective Jang, who she manages to make far more substantial than females generally are in this kind of film – Shin Ha-kyun is good value for money as ever, though sadly doesn’t have much to do, his villain quickly getting lost amongst the chicken shenanigans.

Though undeniably slight and silly, Extreme Job is a solid popcorn flick, with enough laughs and thrills to keep the viewer entertained. This to a large extent is down to the efforts and enthusiasm of the top-notch ensemble cast, Lee Byeong-heon getting the most from each of them, and there’s a lot of fun to be had watching the ragtag family of cops bickering and fighting, before inevitably coming together to back each other up.

Extreme Job screened as part of the London Korean Film Festival 2019, which is now touring in Edinburgh, Bristol, Belfast, Glasgow, Manchester and Nottingham until 24 November.