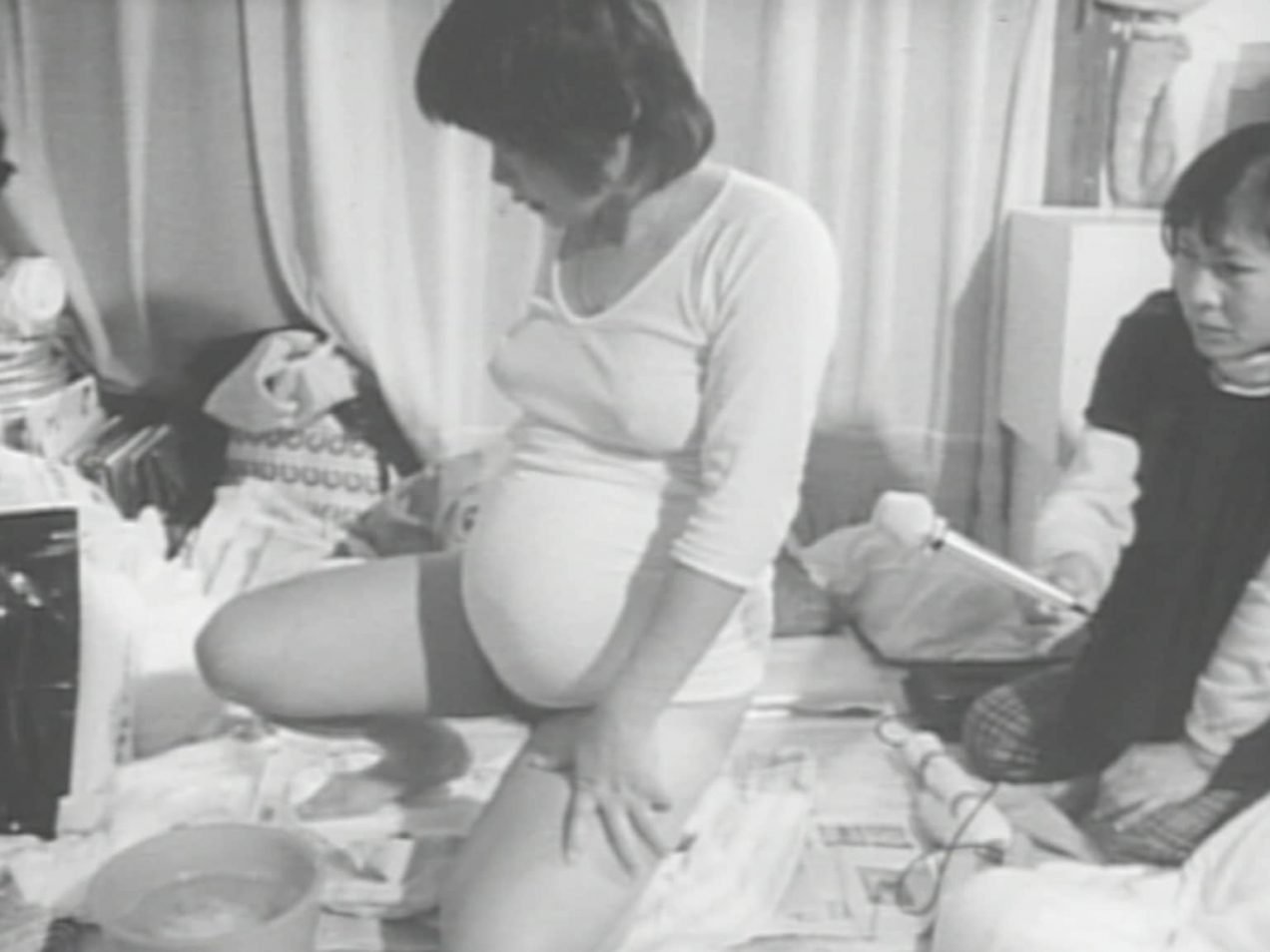 Extreme Private Eros: Love Song 1974 is one hell of a title; one that seems to give a lot of information but actually gives no indication at all as to what a film is doing. It does to unpack a couple of the words so that we know what this intimate documentary from Kazuo Hara is doing with itself.

The first word to look at is ‘private’: Hara is best known for the shocking documentary The Emperor’s Naked Army Marches On, in which he follows a veteran going into other people’s houses and demand they be held accountable for their war crimes. In other words, Hara has never shied away from an invasion of privacy; more than that, they fuel his films.

Extreme Private Eros is a film about Hara’s ex-lover, Miyuki Takeda, who moves along with her child to Okinawa to live with another woman. The relationship breaks down, so she starts living with an American soldier, but this also doesn’t create a lasting relationship, and Miyuki finds greater solace in the women who work with her at the bar. Eventually, she joins a women’s commune in Tokyo where she gives birth to a mixed-race child and eschews traditional concepts of motherhood.

The privacy that Hara infringes upon here is all one woman’s, and it is his ex-lover’s at that. It is a documentary completely about one person’s private life, and how it breaks down on multiple occasions. The fights between Miyuki and her first cohabitation partner, Sachiko, feel extremely awkward, as if we should not be there, watching it through the mechanical eye of the camera. One wonders whether the argument would even be occurring had Hara not been allowed into the house to film the two women, adding strain to an already difficult relationship.

The ‘Extreme’ in the title thus refers to the privacy of the film. Nothing of Michiko’s life is not laid bare for the audience. This goes all the way to showing her giving birth on screen, the only attempt to hide this being the camera going slightly out of focus as the act occurs. Of course, it is not that there is anything shameful about giving birth, but it is not something one usually allows to be filmed. It is perhaps a moment for family, but perhaps that assumes we are working with a traditional idea of a family, which Miyuki very much is not.

This leads us to the second word in the title to unpack: eros. The exact word is used in the Japanese title as well, indicating a type of love that is explicitly romantic or sexual. And yet, we never see Miyuki feel as if she is truly in love with anyone. We see symbols of lust, we see the results of sexual acts, but Extreme Private Eros is neither an erotic nor a romantic film. It is an elegy for the lost chances at romantic partnership, for the fleeting influence of lust on Miyuki’s life, before everything comes crashing down over and over again.

Miyuki is a fascinating character, and an odd subject for Hara to have chosen. Her time in Okinawa could easily have been used to talk about the American military presence, how local women had to deal with cohorts of randy and entitled soldiers. Extreme Private Eros does not do this though, the film never ceases to be about Miyuki, about her struggle to find a place in the world. She even indicates in a letter to Hara that she was tempted to Okinawa by the prospect of being with a black American soldier: she exoticises people and unashamedly used that as her driving force.

Miyuki ends up being happier when settled down, but not in the sense of having a nuclear family. She feels her future is easier to grasp when she has a stable living in the women’s commune. She says she feels like she has a sense of purpose when looking after her children, as well as the children of others.

Extreme Private Eros gives the audience a great deal to think about. It is a film about stasis, which does mean that the subject matter is occasionally rather dry. It is hardly a film to gather a group of friends over to watch on a Friday night, nor is it a date movie. Not that it has to be, but it is a film actively unconcerned with its own momentum. The camera points, and you watch. Nothing more, nothing less.

It is, however, a fascinating picture of women on the edge of Japanese society. Both in a geographical sense, with much of the film focusing on the relationship between women in a bar setting in Okinawa, but also in the sense of social norms, with the women not being defined by the men with whom they associate, ultimately deciding that associating with each other is the best route forward.

As a documentarian, Hara does not have an obvious agenda or story that he is attempting to weave. This imbues the film with a sense of lethargy, one which mirrors the feelings of the characters but ultimately results in a film that I am sure many will find to be rather boring.

Hara instead takes on the intriguing role of a catalyst of discord. The filmmaker’s presence could be what leads to the breakdown of Miyuki’s relationships. If no-one had filmed it, there would have been no story, in simply being there the story is made. It opens up a lot of questions to the viewer, especially as Hara himself does not appear to have an active point of view. It is a portrait that demands that the audience take part in its analysis.

Extreme Private Eros: Love Song 1974 is a slow film, and one that doesn’t give too much ‘reward’ in the traditional sense for sticking with it. What it is, though, is a fascinating document of a sexually empowered woman and her search for a space in the world, as well as a thought experiment on the role of the documentarian in how they affect their subjects.

Extreme Private Eros: Love Song 1974 is screening as part of the Japanese Avant-Garde and Experimental Film Festival 2019 at the Barbican, which takes place from 20 to 22 September.