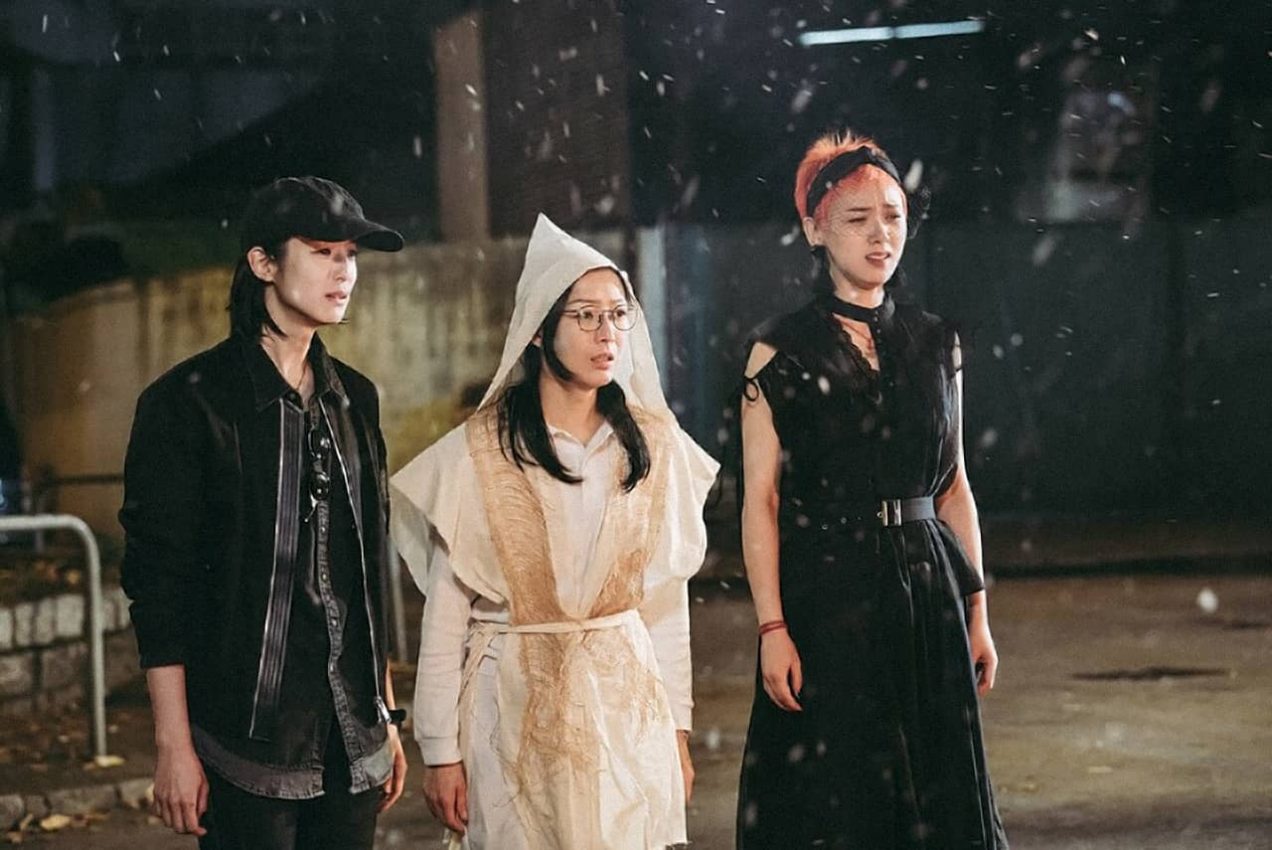 Sammi Cheng stars as a daughter discovering two sisters she never knew she had, in Heiward Mak’s impressive drama…

Food is so often the unifying ingredient, particularly in Asian film. From the family that’s there in Ang Lee’s Eat Drink, Man Woman, to the mother that isn’t in Yim Soon-rye’s Little Forest. For Johnnie To, it’s where allies and even adversaries’ bond, as seen in various films from Breaking News to Vengeance. But for writer-director Heiward Mak’s Fagara, it’s about connecting with the family our lead protagonist never knew she had.

Acacia (Sammi Cheng, Blind Detective) is a travel agent confronted with the sudden death of her estranged father Ha Leung (played by Hong Kong legend Kenny Bee). Her knowledge of her father is so shaky, she mistakenly gives him a Taoist funeral. But things get even more awkward when two half-sisters turn up: Branch Megan Lai (Café. Waiting. Love), a professional pool player from Taiwan; and Cherry (Youth), a fashion vlogger from Mainland China.

Despite struggling with conflicting emotions about her newly-discovered relatives, particularly a resentment of Branch’s mother as the woman who took her father away from her late mother, they soon bond over their different memories and perceptions of him. When Acacia decides to take on the family hot pot restaurant in an effort to clear the obligations and debts he left behind, the sisters soon come together to help. But if they’re going to restore the restaurant’s success, they’re going to need to work out ‘Uncle’ Leung’s secret ingredient.

Based on a novel by massively popular Hong Kong writer Amy Cheung Siu-han (張小嫻, Zhang Xiaoxian in China), often referred to – a little dismissively – as an author of ‘chick-lit’, writer-director Heiward Mak’s previous work has much in common. Strong, female-led stories with protagonists attempting to make their way in the modern world and relationships, often struggling with traditional expectations. That includes Ex and Diva, as well as co-writing the first of the Love In A Puff series with director Pang Ho-cheung, winning them Best Screenplay at the 2011 Hong Kong Film Awards.

Mak’s characters are fully formed, their relationships – particularly those with other women characters – feel genuine and have more depth and interest than they might need for the narrative. Branch’s difficult relationship with her mother (Liu Juei-chi, Cities Of Last Things), who she has never felt supported her career. Then there’s Cherry’s scene-stealing grandmother Wu Yanshu (Love Education), who Cherry very much treats as the errant child in their relationship, might well knock The Farewell off the top for cutest grandma of the year. Easily there’s a linage here through Hong Kong film, from examples like Stanley Kwan’s Women through to Jessey Tsang’s Big Blue Lake and Jody Luk’s Lazy Hazy Crazy, and, notably, Mak was originally brought onboard via another great author of female-led stories, the film’s producer Ann Hui. By giving her actors room to breathe and perform, Mak gives us the sort of female-led ensemble that Kwan’s First Night Nerves, which Cheng also starred in, should have been.

Having been such a big part of the resurgence of local stories in Hong Kong cinema, most recently producing Wong Chun’s Mad World, this feels more even and considered than many of the recent entries. The pacing feels right, with Mak also acting as co-editor. S.K. Yip’s (Fatal Visit) cinematography feels as solid. Perhaps less about salivating shots of food than ensuring the locations in Hong Kong, Taiwan and China truly look distinctive, you no doubt will still be hankering for some spicy soup by the end. The same is true of the production as a whole, Yusuke Hatano continues to be one of the more distinctive composers in Hong Kong film, if less effective than the score for Mad World.

One thing Mak’s adaption leaves far behind is the romance implied the book’s original title 我的愛如此麻辣 (My Spicy Love or My Love is So Spicy). With a title like that, you’d probably be expecting something more along the lines of Charlene Choi’s sexual awakening in Jessey Tsang’s awkward misfire The Lady Improper, and there are some unfortunate similarities with the story: a daughter taking over a restaurant, discovering more about herself and her father in the process. Instead, there’s not even much chemistry between the character of Acacia and her potential beaus. First there’s ex but still very supportive Kwok Tin-yan (Andy Lau), who we only ever see behind the wheels of a chair. (In reality, Mak was just making the best of the short time Lau had available.) But there’s an odd kind of truth in that the most significant moments in this couples’ relationship happen in a vehicle. Then there’s hospital anaesthetist Choi Ho-san (Richie Ren), who seems to know a lot more about her father, even though they only met a few times. Though Jen makes a more convincing potential partner, Mak’s film is not about Acacia completing herself through romance – directly opposite to the book. Even the Hong Kong title 花椒之味, roughly translating as “The Taste of Pepper”, plays down that element.

Instead, it’s about Acacia coming to terms with her feelings for her father, forgiving him for their past, and moving on with her life, independently, without having to rely on the support of a fiancé or even family. On one level you can read it as a positive message for modern women, that they should be able to depend on themselves. On quite another, considering her sisters come from Taiwan and Mainland China, you could easily read it as an allegory with the same positive message for Hong Kong. And a far less clumsy and nihilistic one than Fruit Chan’s Three Husbands at that.