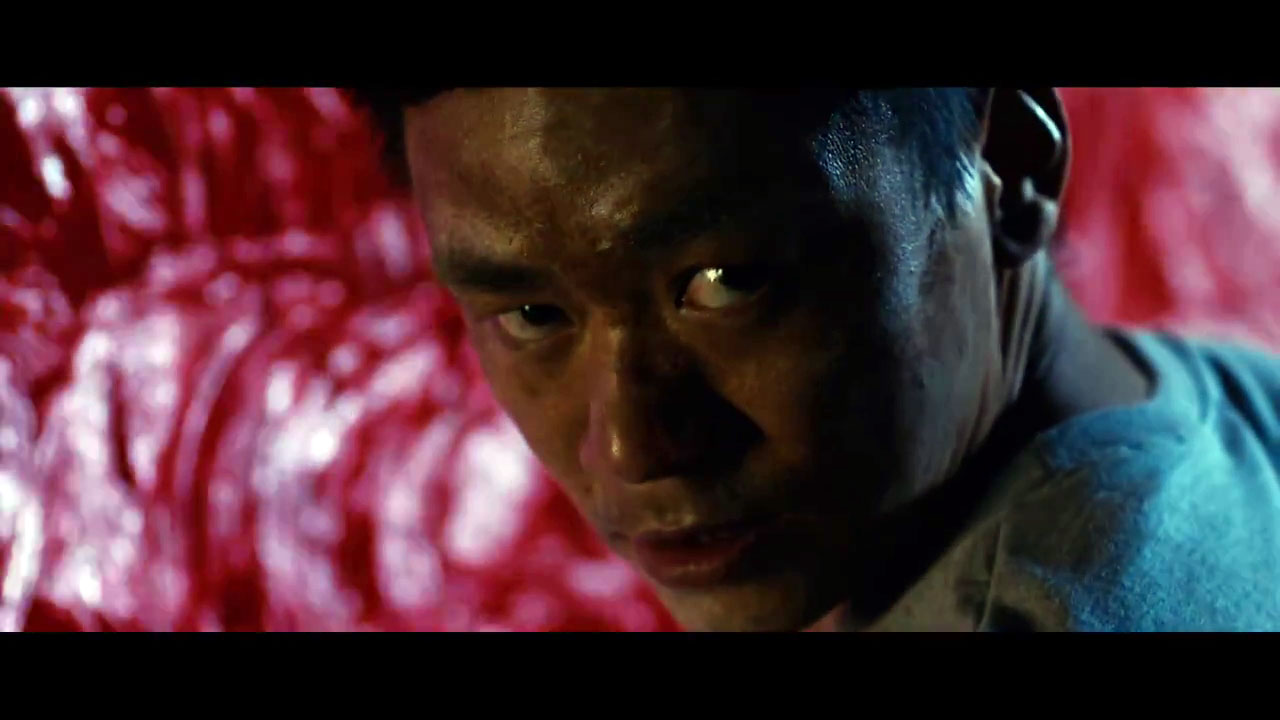 Could this gruesome serial killer thriller be the making of Danny Pang as a solo director? Erm, well…

Once every Pang film was greeted with anticipation. The original versions of The Eye and Bangkok Dangerous dazzled with style, bringing enough of a twist to familiar horror and assassin motifs to make them distinct from the crowd. Even the hit and miss Re-cycle crossed genre’s mixing a suspenseful, Asian horror first half with a second half that warped Alice Through The Looking Glass through a trash-filled netherworld.

More recently that star has fallen. A revival of both their own Eye series (The Child’s Eye) and the original CGI wuxia The Storm Riders (The Storm Warriors) have done little to erase false starts in the US such as The Messengers and the remake (well, sort of but not really) of their own Bangkok Dangerous, starring the career nose-diving Nicholas Cage.

All the while both Danny and Oxide carved out careers separately. But while Oxide has managed to scratch back some creditability with the C+/B+ Detective series (now the almost compulsory trilogy with Conspirators), Danny has become associated with misfires like Forest Of Death. And now we have Fairy Tale Killer, but is this an improvement…?

In theory the Fairy Tale Killer should fly; the opening titles promise a Seven-tinged serial killer thriller, where classic children’s fables take the place of the seven deadly sins When the disturbed Wu Zai-Jan (Wang Bao-Qiang, Blind Shaft, A Touch Of Sin, Mr Tree, Iceman 3D, Little Big Soldier) turns up at a police station claiming to have committed murder to Inspector Wong (Lau Ching-wan, The Bullet Vanishes, Mad Detective, Overheard 2, The Longest Nite) and his team, they find it hard believing him when the alleged victim (a fleeting appearance from the ubiquitous Lam Suet) answers the door.

But when he turns up dead the next day, victim of a horrific crime, the team quickly realise they have a problem as they had the killer but let him go. Unfortunately, the film has a problem too: where this should become a tense thriller, our hard-nosed detective tracking down the killer, instead we get a procedural drama with our team more concerned with covering their own botches. When it becomes apparent that Wong is responsible for an information leak using P2P software, setting up one of his own colleagues for the blame, the team starts to implode. Before you know it, we’ve lost the first half hour with barely any chills or thrills.

There is a point to director Danny Pang’s narrative: banal office politics set against the world of police investigation. Wong is deliberately (and convincingly) played by Lau as a cock who cares little about trampling over others to get a promotion; his home life is coloured by a severely autistic son who is an obvious disappointment to him. But if we are to believe in Wong as a jaded cop that needs redeeming, then we should have some emotional investment in his colleagues. Instead most of the actors look as if they’ve just walked on set to deliver their lines; each playing familiar archetypes from Hong Kong police dramas – the young one, the old one, the girl, etc. It’s so brightly-lit and unengaging that this feels like a TV soap opera, and not a very good one at that. (I’ve seen more exciting episodes of The Bill.)

When the plot finally turns towards proper investigation, the film seems to flounder in taking inspiration from Brothers Grimm and Hans Christian Anderson’s classic fables. It doesn’t help that The Red Shoes and Cinderella lead towards similar finales. In their original form, stories like The Wolf and the Seven Young Goats and Hansel & Gretel are incredibly gruesome, yet Pang pulls back from showing us much gore at all. (I really don’t understand how this even registers as a 15 classification?) One wonders if Pang played this safe, cutting this for the Chinese market – but right now actually what is acceptable in Chinese film seems to be evolving. And there’s no evidence, as there has been with other films like Double Vision, of a harder more extreme cut. A play on the imagery of gruesome fairy tales should be just that, even if that meant following the example of films like Seven that manage to imply much ‘ickiness’ without actually showing much at all.

It’s all rather simplistic and disappointing, considering the input Johnnie To favourite, the late Szeto Kam-Yuen (Accident, Motorway, The Longest Nite, A Hero Never Dies, Flash Point) but perhaps with three other writers credited, including Danny Pang himself, we shouldn’t be surprised. Actually the most unpleasant thing is the depiction of the murderous Wu as intellectually disabled, not helped by Wang’s grossly over-the-top performance. More impressive is Elanne Kong’s (Invisible Target, The Wedding Diary, City Under Siege, The White Storm) performance as the autistic Yue Yee, Wu’s companion since they grew up in an orphanage together (cue obligatory childhood flashback) her obsessive drawing and painting have become the inspiration for his rampage.

Hard to believe, but this is intended as a positive message on disability. At the risk of spoiling the end, the storyline arc follows The Game, as this becomes about saving the hero Inspector Wong once was, and altering his indifference to his autistic son. Only it’s such a ham-fisted effort that it mainly offends long before it gets the chance to redeem itself, having pandered to every clichéd prejudice on the way. Particularly sad while Xiao-lu Xue’s tender film on that same topic, Ocean Heaven, remains in limbo while its UK distributor Metrodome try to work out how to market a Jet Li film without martial arts.

Frustratingly, there are the flashes of inspiration we’ve come to expect from the Pangs. Phakhawat Thatsakhom’s art direction includes superbly stylised artwork from Yue Yee’s character that echoes Picasso’s predominantly black and white Guernica period. The lair of the Fairy Tale Killer looks like the stage at a children’s pantomime production. The lead is forced to climb a rope made from barbed wire, in an emulation of Rapunzel. One scene includes the killer in a rabbit suit (which seems to have become a byword for terror in recent years – see Donnie Darko, Tormented 3D, Shackled/Belenggu, Misfits TV series and this years’ Hotel Chocolat Easter campaign, for example).

As with their previous movies, there’s the odd nice piece of sound design too; such as the singular application of television static in once scene, distorted to eerie, electronic levels. Sadly Danny Pang seems more intent on using the overblown score by Ronald Ng (The Storm Warriors, A Chinese Ghost Story (2011), Young and Dangerous) to make up for the films dramatic limitations. Letting it blast out through scenes to add menace, sometimes to laughable results. Similarly cinematographer Decha Srimantra (The Eye, The Eye 2, The Detective, Re-cycle, The Storm Warriors) displays occasional flourishes, such a chase in the warehouse, but it all seems too floodlit and pedestrianly shot to resonate any atmosphere.

On paper this would fit between previous Terracotta releases like Hansel And Gretel and Revenge: A Love Story, but that’s not what we get. Word is that the film rights were purchased long before the product was complete; which can be a good way to pick up films, but has one rather obvious limitation here. Regular readers of easternKicks will know what big fans we are of Lau Ching-wan, but his career is littered with bad choices (i.e Written By).

What could have been played with humour, satire or real verve is none of those things. Hardly scary, rather prejudiced and just plain simplistic – Fairy Tale Killer might not leave you ‘happily ever after’…

Good but not outstanding transfer of the feature, seems a little fuzzy round the edges for a film that was also released on Blu-ray in Hong Kong. Subtitles are generally good but are perhaps too literal in their translations in a few places, could do with a bit of an editorial steer.

The disc includes an introduction from Danny Pang, a making of and an interview with Lau Ching-wan, alongside trailers of Terra-Cotta releases.