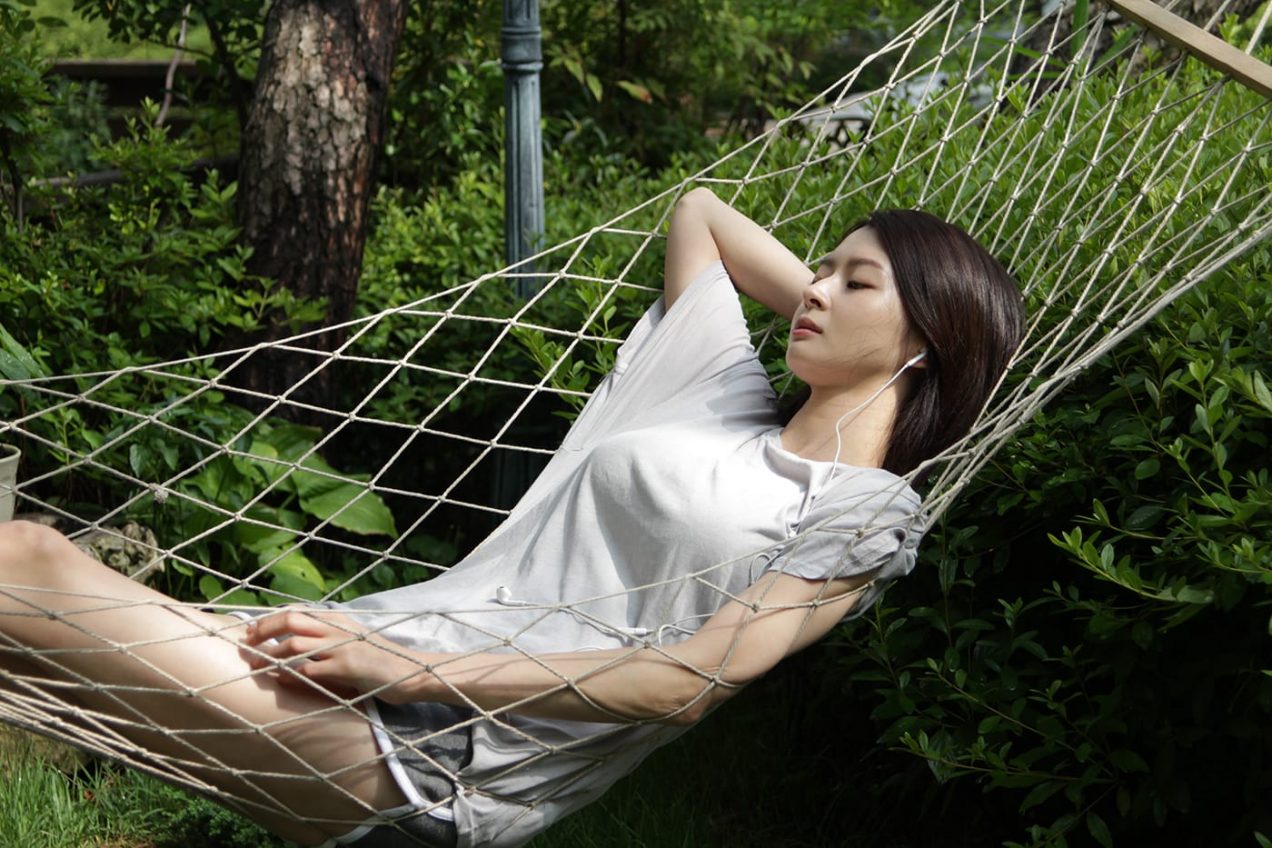 A sweet-natured first love story plays out among a group of Korean schoolgirls against the backdrop of a production of Romeo and Juliet in Fantasy of the Girls, the debut feature from Ahn Jung-min, who previously worked as an assistant director on Private Eye, Black House and other films. A wistful affair, the film stars up and coming young actresses Roh Jeong-ee (Phantom Detective), Cho Soo-hyang (The Priests), Nara (Suspicious Partner) as the three sides of its romantic triangle.

The film opens with a young girl called Seon-wha (Roh Jeong-ee) being unexpectedly picked to play the part of Juliet in a highschool production of Shakespeare’s Romeo and Juliet after being spotted by the show’s director Soo-yeon (Cho Soo-hyang), an older theatre student. She finds herself paired with co-star Hanam (Nara) as Romeo, an actress-in-training who many of the other girls have a crush on, and the two gradually become close. With Seon-wha and Hanam spending more and more time together and their attraction for each other growing, it becomes clear that Soo-yeon is jealous, leading to revelations about her own relationship with Hanam.

Unavoidably, the idea of a film about highschool girls falling in love is likely to raise fears of exploitative or fetishist content, though Fantasy of the Girls is about as far away from this as it’s possible to get, Ahn Jung-min serving up what is essentially a quietly queer version of the tried and tested pure first love story formula. While this in itself might bring with it expectations of angst, social issues or painful coming out experiences, Ahn neatly sidesteps such concerns entirely, the sexuality of the characters never being in question or commented on, and the film being not so much non-judgemental as utterly unconcerned with whether the girls are gay or straight. The theme here is of adolescent love and the discovery of the overpowering emotions it can bring, along with the first tentative steps towards acting on it and on physical attraction.

A few kisses and hints at more intimate encounters aside, the film is innocent and big-hearted throughout, and while it never really diverts from the standard narrative template for its type, there’s a refreshing lack of forced drama, hysteria or even tears. For the most part Ahn keeps things understated, the interactions between the characters often relying on body language rather than dialogue, and this works well to give the film a naturalistic feel. Though predictable to a fault, the plot at least avoids too clichéd an ending, and thanks to solid acting from the three young leads, the romance is moving without being overcooked, and the drama does hold the interest.

Visually the film is very easy on the eyes, Ahn going for an appropriately dreamy look and feel, the drama playing out against a pleasantly green rural backdrop and quiet school locations that come with unobtrusive shades of nostalgia. This helps the film to stay engaging even when very little is happening other than the girls staring at each other or off into the distance, and though to be fair this perhaps happens a little too frequently, taking up a sizable chunk of the running time, things never get dull, for patient viewers at least. Sadly, where the film does fall down is through the fantasy sequences referred to by its title, many of which revolve around space exploration or scenes of Seon-wha falling asleep on the bus and imagining she’s drifting through the cosmos. Although such sequences are common enough in cutesy teen comedies and love stories, here’s they are awkwardly at odds with the rest of the film and serve only to distract from its almost ambient atmosphere, adding nothing to its narrative or character development.

Of course, how annoying this misstep proves will vary for different viewers, and it’s not quite serious enough to derail the film as a whole. While Fantasy of the Girls remains primarily one for the pure love crowd, the queer twist and Ahn Jung-min’s approach make it far more interesting than it would otherwise have been, and as such it should have some appeal beyond genre fans.

Fantasy of the Girls screens as part of the New York Asian Film Festival 2017, which runs from 30 June to 16 July.