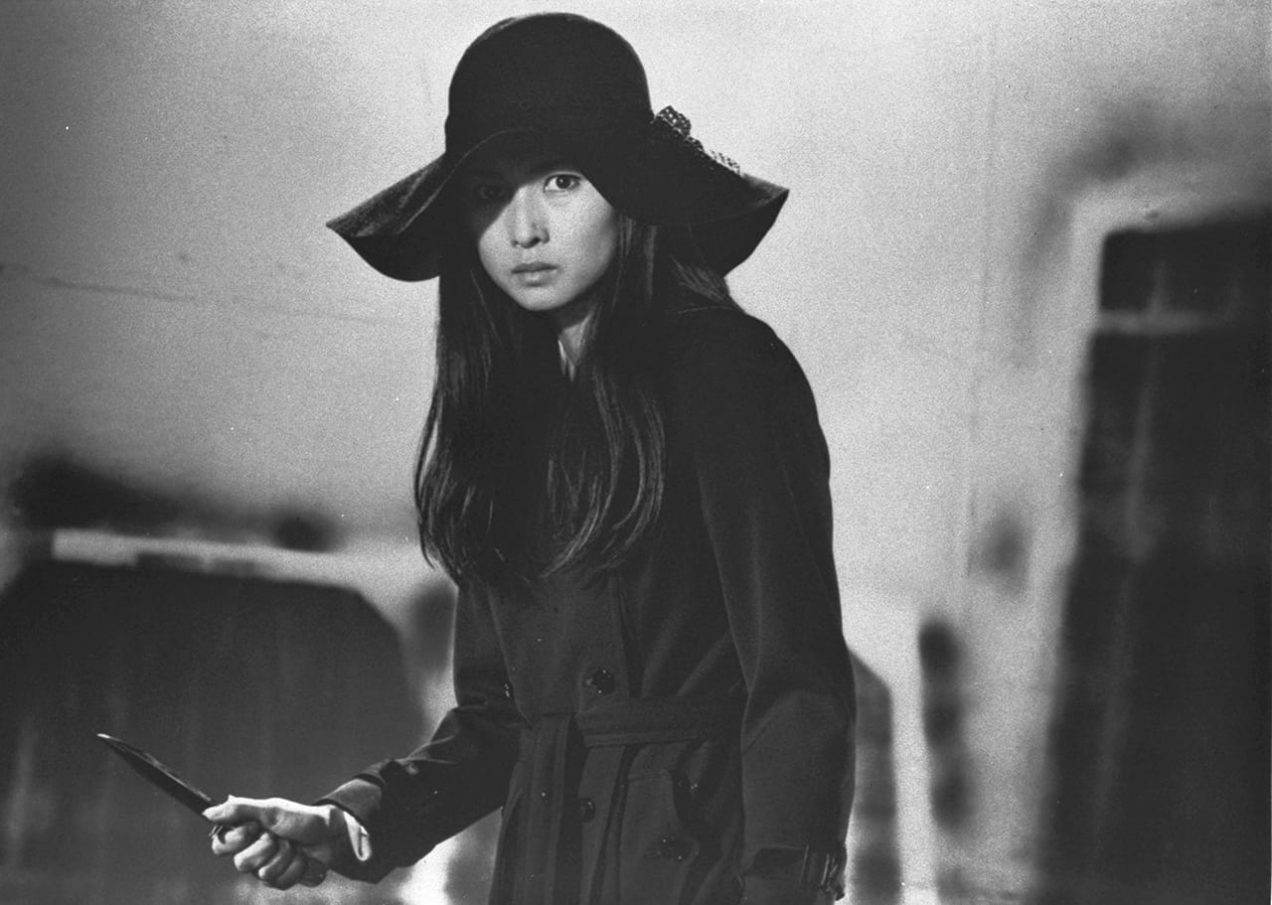 If they don’t get out of Meiko Kaji’s way, people will die. She’s a woman of her word…

With the events of the first and second film behind her, Nami Matsushima (Meiko Kaji) is on the run with the entire police force searching for her. Finding herself cornered by Detective Kondo (Mikio Narita), she hides out in a cemetery next to a red light district, solely inhabited by the despicable and desperate. She finds Yuki (Yayoi Watanabe), a girl who works in the local gangs turf without permission, who takes her to the safety of her slum house on the outskirts of the district. But Yuki’s brother, who suffers from a mental condition brought by injury, tries to attack and rape Matsu while she rests. After saving both Matsu and her brother, Yuki reveals that she has forced herself to have sex with her brother every night so he does not do it to other women. So Matsu moves out and finds work nearby but it’s not long before both Det. Kondo and an old enemy from Matsu’s prison past comes to find her.

OK, so this is a significant departure from previous films in that it firmly takes place in an urban environment (something that Grudge Song will for the most part adhere to as well) and Matsu’s actions take place within the context of not wanting to go back to prison. So as the film starts down its course, we don’t have a clear idea of which Matsu we’re dealing with: the vengeful spirit from the first film or the rebel from Jailhouse 41. When she’s the vengeful one, the scheming and plotting she does catches everyone who crosses her in a steel wire trap. If it’s the rebel, then dozens of people will die before the end of the picture. Now, granted these will be people we don’t really care about or are not made to care about but still, the body count will be high. Kaji’s skills as an actor is in full force then, able to give no kind of emotion until she’s ready to strike. Her eyes follow her prey around the room, singularly focused, burning into the audience. It’s really a miracle of acting to watch. It also means that you can never be sure what Matsu will do from scene to scene. 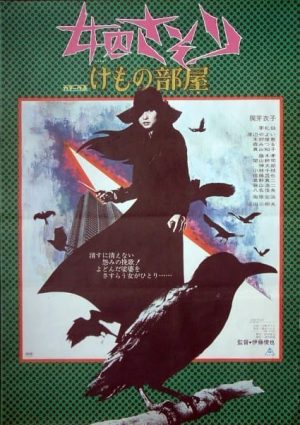 The series central posit that women are subordinated to men’s selfish desires and requirements is borne out in its evidence, more so than the first two films. Here, the person victimised is not so much Matsu but her new friend Yuki (what is it with girls who help Matsu named Yuki getting kicked around?), both by her reluctance to kill her brother despite the pain and anguish having sex with him night upon night brings her and also by the fact that she needs to work in a district where the local gang is ruthless and I mean that. They make the psychopathic guards from the first film seem stable by comparison. While led by an atypical man, the real power is in Katsu (Reisen Lee), his main squeeze (to borrow a James Cagney-ism), who rules the gang with a cruel hand to those outside of it. Into this comes Yuki who is brutally kidnapped from the streets and subjected to horrific abuse at Katsu’s hands. But from there, she’s used as a pawn by Kondo who has her beaten until he uses the fact that her brother is alone and unable to fend for himself to finally push her over the edge. From there, her destruction as a character is pretty much assured as the one person who helped her can’t come to her for help anymore and it’s done in a merciless fashion by the director. On top of that, even the women in the employ of Katsu are subject to the dispassionate evil of Ito’s depiction of a vassal and their indifferent criminal gods. It’s almost at this stage that you think things can’t get worse but oh, no. Ito is determined to hammer home the point that innocent people who have no beef with others are meat for the machine. That includes the bystanders.

Meiko Kaji as Matsu is very different in this by virtue of the fact that other people around her are destroyed for their associations with her. She tries to keep a low profile after Yuki finds her but soon has old enemies and new ones to deal with. What I find amazing about this film is that three pictures in, Kaji’s control of the character is such that, when she point blank tells Yuki in a wordless scene that she won’t be her attack dog, I am stunned that Matsu’s humanity won’t allow her to degrade her or Yuki by taking an easier path. Along the way, Kaji uses the film to transform Matsu into a nearly superhuman demon in the eyes of the prison convicts, the cops and the local district. Everyone know of the Sasori (Scorpion) and what she has done. Case in point, director Ito tells us that Matsu is not to be screwed with by having her chop off a cop’s arm armed only with a knife. A bloody knife, I tell you. As her allies grow thin, she seeks revenge for herself and for them and Kaji’s performance starts low and terrible in purpose, rolling into an breathless escape into the sewers of Tokyo and finally ending back in prison where an orgy of violence will be unleashed in her name again. Along the way, rapists are scaulded, police officers throats are sliced open and female enemies are dispatched with Machiavellian tenacity. I love the Sasori series and at this stage in the franchise’s history with Kaji as Sasori, it had evolved beyond a ‘women in prison’ series of tropes. Here, Matsu will patiently wait until someone threatens her with rape and still will wait to see how it plays out before making her move. The original Matsu would never wait that long.

In terms of production, this is one of the more straightforward of the series that Ito directed. Gone is the histrionics of the first movie and the surrealism of the second one. Ito had developed a rhythm to his films with Kaji that belies the horror, blood and detestable violence that the women undergo on screen. Until Stray Cat Rock director Yasuharu Hasebe is brought in for the final of Kaji’s performances later that year, this is as gritty and grindhouse as it gets. The other actors get similar amounts of time to shine and Kaji keeps the lot of them on their toes as the body count rises. Fantastically trashy and well worthy of a Japanese cinema fan or 70’s violence cinephile’s time.