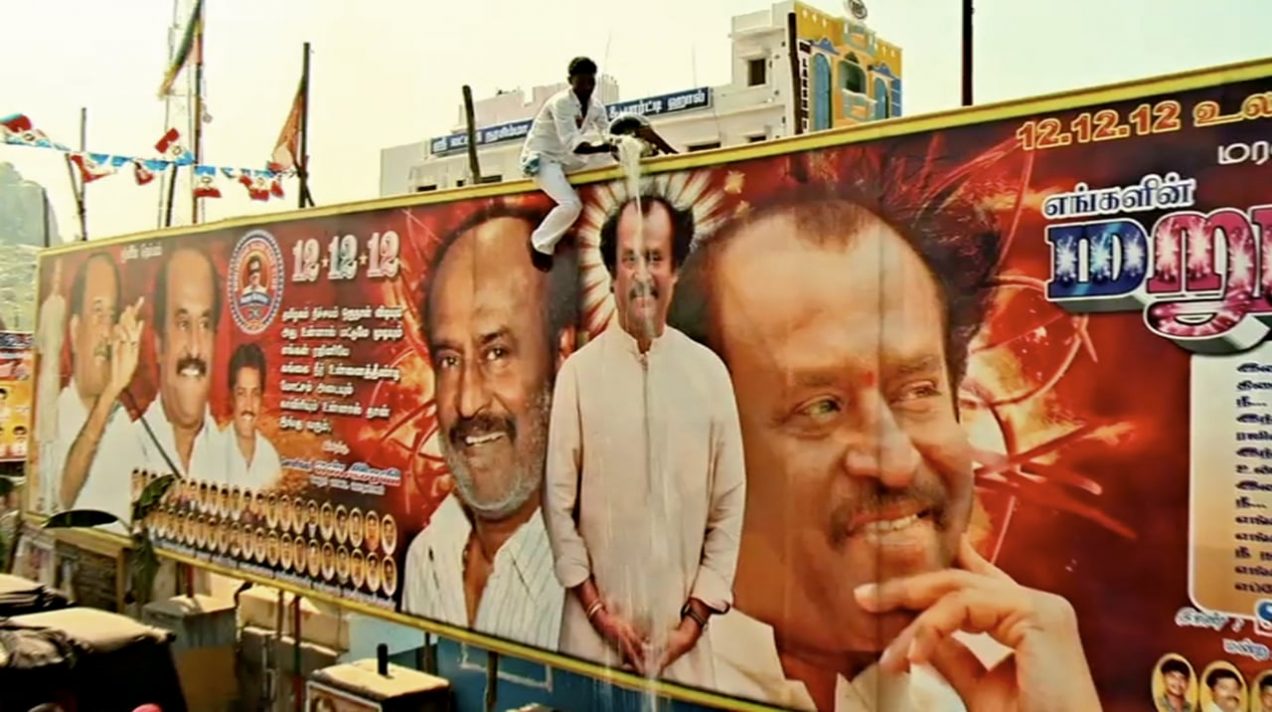 Although I have preference for some actors over others, I was never a part of the obsessive fandom that is somehow an integral part of the Indian movie going audience. I made a vow to myself about not going to a theatre in the first couple of weeks. This documentary answers this predicament in the most heavy-handed way possible.

I do not share the same opinion as these fans, but I understand the niche they occupy. They act as conduit meant for free publicity and marketing for their favourite hero’s films while trying to improve their own personal lives. These fans are a part of a weird symbiotic relationship.

The positives, if one can call it that, end there. These clubs breed the us vs them mentality to such an extent that normal movie going audience are dissuaded from having a good time in the theatre. A theatre going experience for them is screaming at the top of their lungs, dancing and making a racket in the theatre. This documentary tries very hard to romanticise this movie going experience. I say heroes and fan”boys” because this is exclusively a boys’ club, which this documentary clearly embraces.

For the love of a man is essentially about different generations of people who admire RajiniKanth. As the documentary progresses, one gets the impression that these central characters are not simply in love with this man, they are fanatical about it.

An older gentleman who entertains crowds by impersonating RajiniKanth. Sweet shop owning brothers/aspiring politicians who are clearly obsessed with this man, but also use his image to make them socially and politically viable(politics and cinema in Tamil Nadu is very much intertwined). The younger generation who want to belong to something.

This documentary managed to achieve that very few have before – it physically repulsed me. It felt like I was enduring 85 minutes of nails on a chalk board. This is such a one-sided affair – about people gloating how much they adore RajiniKanth. The man central to this documentary was not interviewed for this documentary and remains an enigma throughout the feature, expect for a public appearance where he urges his fans to go watch his movie on the occasion of his birthday. Audience who are not familiar with RajniKanth will find this very unconvincing as a result.

This documentary does nothing to deconstruct the idea of extreme fandom – it only takes part in it. In fact, the movie Fan starring Shahrukh Khan does a better job of it than this! Just like many of his movies, this documentary too is just for his fans.

For the Love of a Man is available on NetFlix.