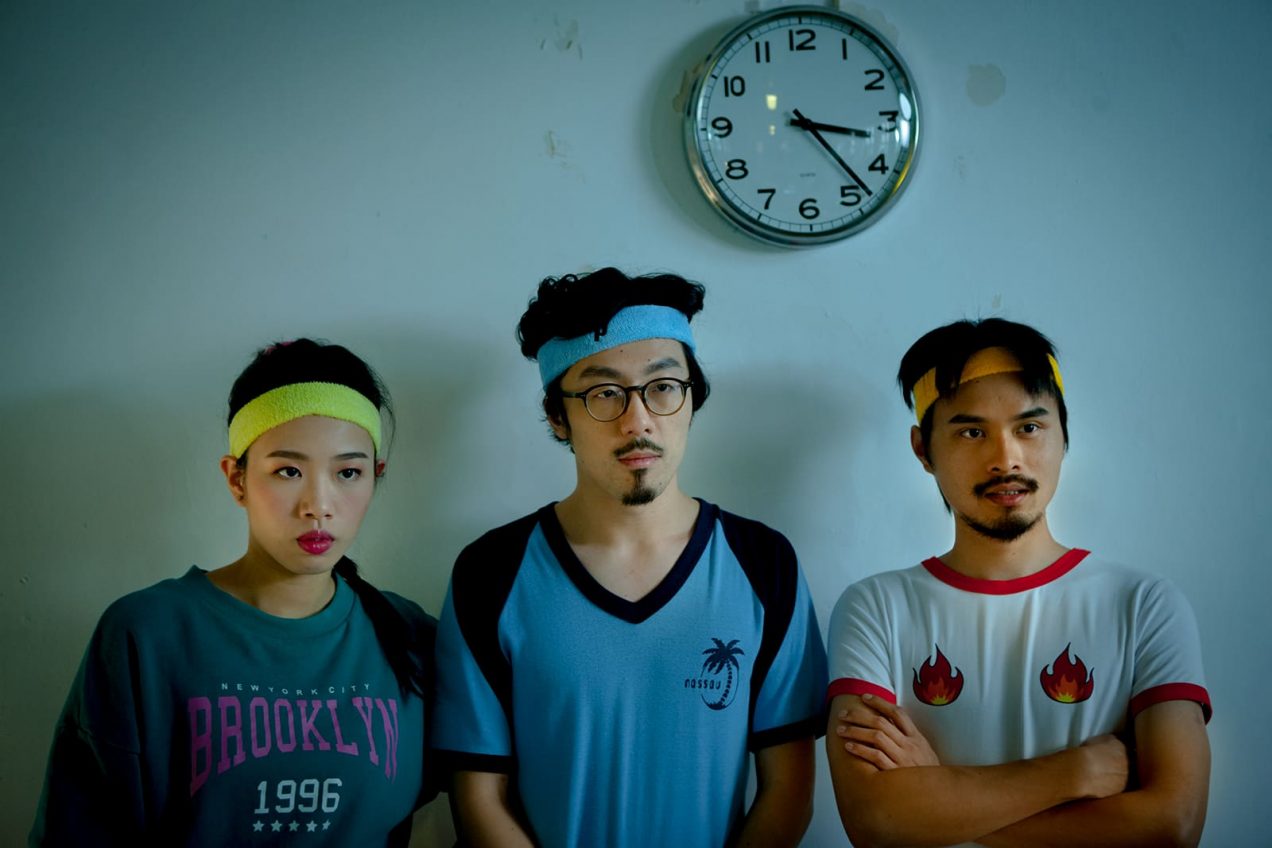 Can a cure for insomnia be the heart of a comedy? Wong Yee Mai’s short film says yes…

Insomnia can be a hellish burden, but in Wong Yee Mei quirky short film No Sleep Club it is the premise for a fresh comedy, proud of its low budget, which actually becomes one of the strengths of this successful and promising entry in the 12th Fresh Wave Festival, now moving to London as part of the Chinese Visual Festival.

Our story begins in a sort street level loft shared by William (Lam Ho Wang Owen), Tina (Zoe Chan) and Fireball (Li Chung Shun), all of them suffering from insomnia sparkled from a trauma that stopped their creative instances, dreams they live by themselves.

William is a wannabe poet whose mother and editor have done everything they could to stop him from having success. Fireball is a cook who could not work anymore when his wife left him for a western cook. Tina wanted to be a dancer, but her parents forced her to study.

One morning in their sleepless existence, they learn their president has left the No Sleep Club and if his nephew by the age of 30 would have been single, he’d be the new president. Enter Dumbhead (Or Wai Lam), recently single, tidy and not quite loquacious.

At first, No Sleep Club is a battle of misery, who suffers the most wins, and Dumbhead is the subject of the club members’ attacks, but soon they’ll learn he can be of help and maybe cure their insomnia, propel them to chase their dreams and improve their lives.

With colourful sets and brilliant actors, Wong Yee Mei designs a delightful 25 minutes you wish lasted longer, it creates a micro-universe and uses as most techniques she can to show how weird these guys are in their efforts first to kick Dumbhead out than to beat insomnia.

Having a really low budget doesn’t stop him, instead, it seems it drives him to drop conventions out of the window and fiercely showing on the screen his limits and making them part of the story. Seeing the results, I can say it was a really great idea.

If only she hadn’t pushed the break towards the end, No Sleep Club would have been a nearly perfect comedy short film, but even as it is now Wong Yee Mei’s is a nice piece of filmmaking that makes me ask for more. Hope she’ll soon have her chance to debut on the big screen.

No Sleep Club will be screened as part of the Fresh Wave 2018 session in collaboration with BFI Future Film at the Chinese Visual Festival 2018 at the BFI Southbank on 5th May.