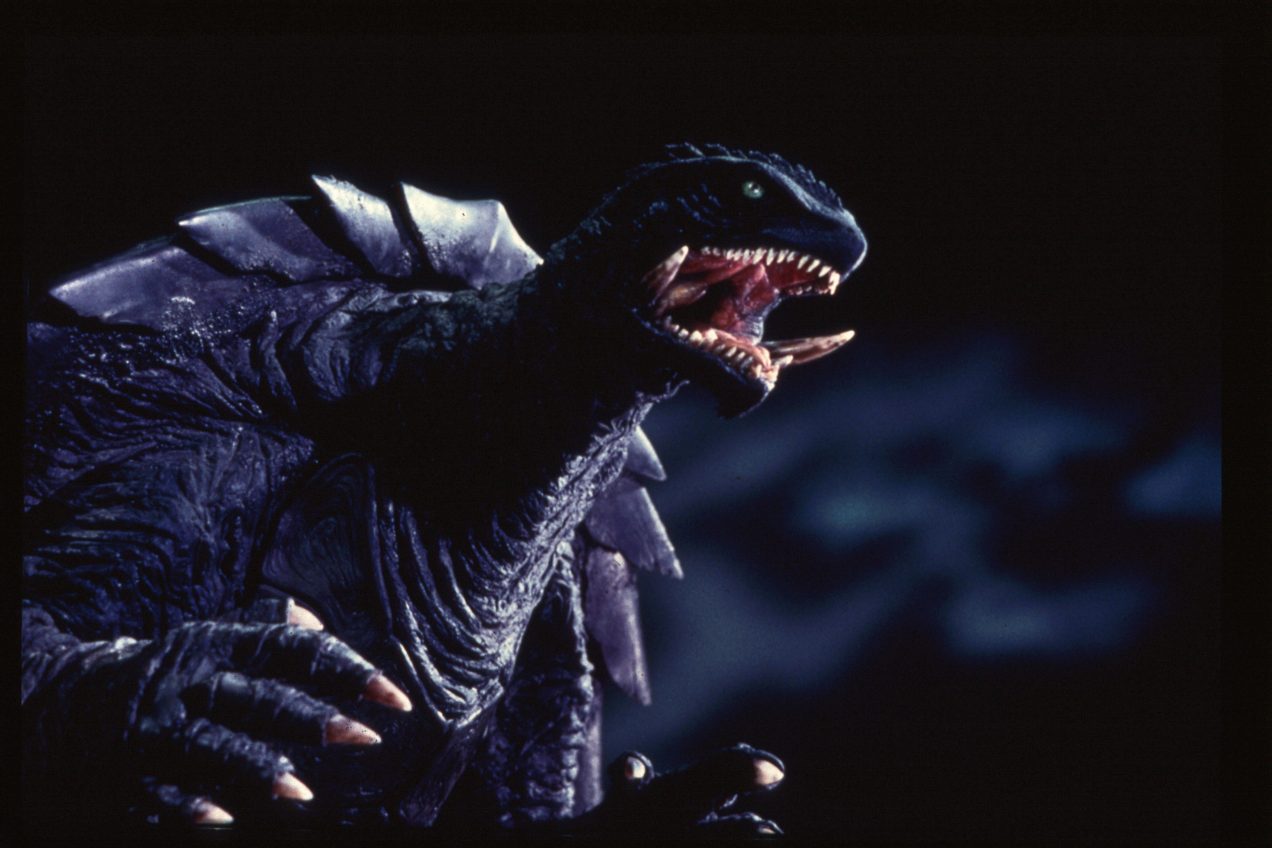 Everybody’s favourite giant flying turtle returns in Gamera 3: Revenge of Iris, following Gamera, the Guardian of the Universe and Gamera 2: Attack of Legion as the third in director Shusuke Kaneko’s 1990s Gamera reboot trilogy. Originally released back in 1999 and considered by many Kaiju fans to be one of the best modern examples of its type, the film stars Ai Maeda (known for appearances in films like Kill Bill: Vol. 1, Battle Royale and Battle Royale 2), and sees Shinobu Nakayama and Ayako Fujitani returning from the previous two series entries.

The film is set several years after the events of Attack of Legion, with the Gyaos monsters again attacking the world. Although Gamera manages to defeat them, his victory comes at the cost of great destruction and loss of life, causing the government to question his allegiance, who order the army to exterminate him. Meanwhile, a young girl whose parents were killed in the carnage called Ayana Hirasaka (Ai Maeda) encounters and bonds with a symbiotic parasite known as Iris, which draws upon her rage and hate for Gamera to grow powerful. As Hirasaka uses Iris to attack Gamera the Gyaos return, and it appears there might be a connection between the parasite and the bird creatures.

Although essentially still a good old-fashioned Kaiju monster mash, Gamera 3: Revenge of Iris does have somewhat of a different and more adult feel, serving up its fantastical nonsense with a harder edge and a mood which at times approaches sombre. There’s certainly more plot here, Shusuke Kaneko having gone to some effort to flesh out his characters and their motivations, and though the focus is still on the monsters, the film does have a surprising emotional impact, dealing with darker themes of the destructiveness of revenge and hatred. In the film, the Kaiju battles have serious consequences, and the issue of collateral damage and death looms large throughout, adding an air of danger and threat usually missing from the genre. Gamera and his foes having more of a backstory also helps, and the mixing of science and folklore into his battles with the Gyaos and Iris give the film the air of a Kaiju epic of sorts.

The film also scores highly in terms of its battle scenes, and though Gamera is at times more subdued than in his other outings, there’s plenty of city-smashing and monster wrestling matches. Kaneko directs with flair and energy, and the film moves briskly through its running time at a fun pace, the action balancing well with its human drama and psychic weirdness. It’s a good looking and visually impressive film for its type, avoiding the kind of (admittedly enjoyable) cheapness that marked many of its predecessors, and the special effects by Shinji Higuchi, who recently worked on the awesome Shin Godzilla, are of a high standard. This isn’t to say that the monsters aren’t still clearly men in giant rubbery suits, which is of course half of the film’s charm, though the design is top-notch, and the creatures are all imaginative and suitably wild in a way which more modern CGI effects never quite manage to capture, no matter how expensive they are.

Gamera 3: Revenge of Iris is arguably the best of the 1990s Gamera series, and a superior example of the Kaiju form that should definitely please fans. Benefitting from a little more substance than usual along with some excellent effects, the film represents everything that’s enjoyable about the genre, and provides some first-rate monster action.

Gamera – The Showa Era and Gamera – The Heisei Era are released as Blu-ray sets on 25 January 2021 by Arrow Video, with a Limited Edition Steelbook released of The Heisei Trilogy on 22 February 2021.